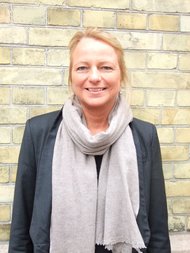 On Thursday, the European Parliament, which consists of elected representatives from the 28 member countries of the European Union, passed a resolution that condemned caste-based discrimination as a human rights violation.

The resolution represents a move to view caste as an issue not just limited to South Asian countries but as a global concern. In December, the European Parliament passed a similar resolution that criticized caste-based discrimination in India. The December resolution expressed “alarm” at the “persistently large number of reported and unreported atrocities and widespread untouchability practices, notably manual scavenging.”

It also called for action at multiple levels, asking the Indian authorities to act on cases of atrocities against Dalits, a section of society traditionally deemed as untouchable, and to enact stronger laws against such discrimination.

The resolution passed on Thursday seeks to present caste-based discrimination as a global challenge and elicit a commitment from European Union member states to incorporate concerns regarding caste in their engagement with “caste-affected” countries, including India.

India Ink spoke on the phone with Rikke Nöhrlind, the coordinator of the International Dalit Solidarity Network, which works to eradicate caste-based discrimination and is a vocal supporter of the resolution. Ms. Nöhrlind has been involved in the struggle for Dalit rights since 1999.

What led to the formation of the International Dalit Solidarity Network?

The I.D.S.N. was started in 2003 to address the gap in any key mission at the international level to identify caste discrimination as a human rights issue. A number of us who worked on situations in some of the caste-affected countries from inside or from outside through development support or human rights support realized there was a need to address this issue within the U.N. human rights system and through the major political structures like the E.U.

In the Middle East, Yemen is a case in point. If you talk of other continents, caste systems exist in Mauritania, in Senegal, so we are moving outside the Hindu religion and its religious sphere.

Caste discrimination has been documented as being alive and thriving in the U.K., which has a large immigrant population from India and Pakistan.

Now there is legislation with provisions to tackle this form of discrimination with the British Parliament, that we hope would be enforced soon.

I-T dept books Bhandari under new anti-black money Act
Total disconnect? It's as if Emperor Nero 'isn't aware' his Rome is burning to ashes
Shocking: 3052 farmers committed suicide in Maharashtra in 2016
Mumbai - 3 nurses catch virus while tending to patients with no Covid-19 signs