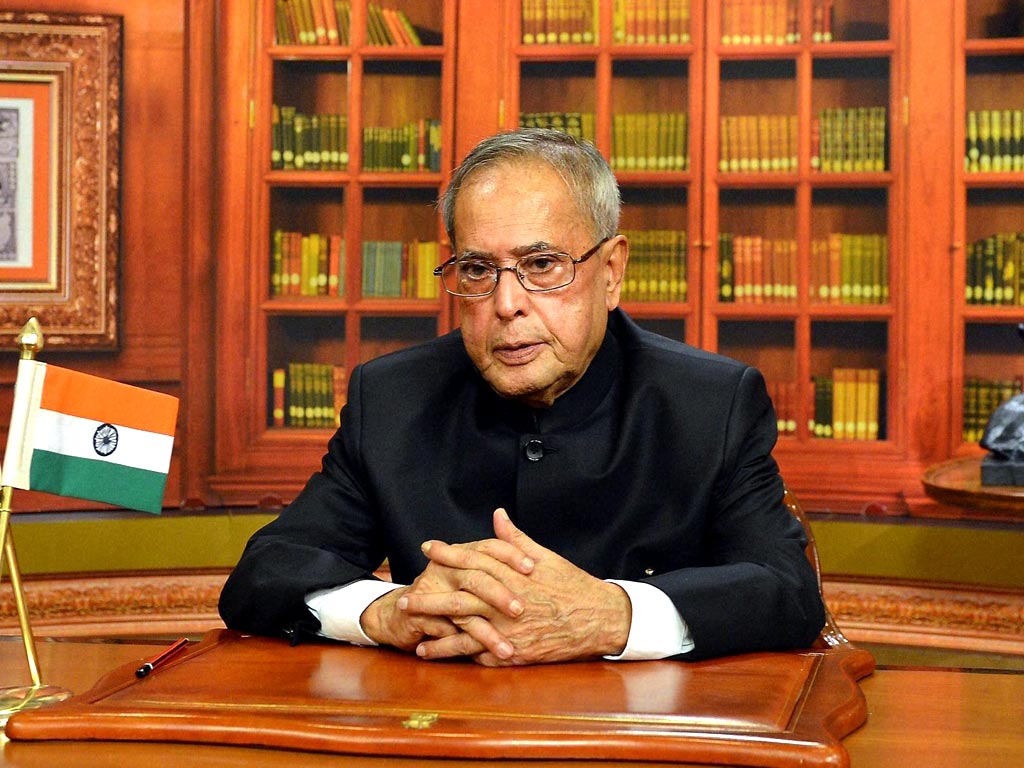 Dialogue is an essential part of democratic process. But what do you do when people wanting to usurp democracy through democratic means want to have dialogue with those believing in secular democratic Constitution of India? We are witnessing strong views being articulated for and against Pranab Mukherjee’s agreeing to be the chief guest at RSS cadre program. On one side there are those who see that dialogue should be undertaken with likes of RSS, as RSS is the major force in the country. On other hand there are those who feel that RSS is outside the pale of democratic process as it does not believe in Indian nationalism and wants a Hindu nation. RSS mouth piece Organizer on 14th August 1947 wrote, “Let us no longer allow ourselves to be influenced by false notions of nationhood. Much of the mental confusion and the present and future troubles can be removed by the ready recognition of the simple fact that in Hindustan only the Hindus form the nation and the national structure must be built on that safe and sound foundation…the nation itself must be built up of Hindus, on Hindu traditions, culture, ideas and aspirations.” On similar lines Narendra Modi on the eve of 2014 elections had proclaimed that he was born in a Hindu family, he is a nationalist, so he is a Hindu nationalist.

Pranab Mukherjee had been a Congressman all his life, has upheld Indian Constitution and secularism all through, so why should he attend the invitation of an organization, primarily meant to create a Hindu nation. There are two aspects of this; the same can be seen from two angles. Those opposing his acceptance of the invitation rightly say that this will give legitimacy to RSS, and its divisive agenda. On the other side it can be argued that this can be used as an opportunity to speak one’s mind on the divisive agenda of RSS and warn its own cadres to forgo the path of Hindu nationalism and adopt the path of Indian Nationalism and Indian Constitution which is the outcome of the free do movement of India.

Can Mr. Mukherjee show the mirror to RSS and tell them as to what Gandhi, Patel and Nehru thought of the ideology and nationalism of RSS. In the aftermath of murder of the father of the nation Mahatma Gandhi, Patel wrote, ““All their (RSS) leaders’ speeches were full of communal poison.  As a final result of the poisonous atmosphere was created in which such a ghastly tragedy (Gandhi’s murder) became possible. RSS men expressed their joy and distributed sweets after Gandhi’s death.” excerpts from Sardar Patel’s letters to M S Golwalkar and S P Mookerjee.  (Outlook, April 27, 1998). All this happened not just because of an act of insanity but due to unfolding of the ideology of Hindu nationalism, espoused by RSS.

While there are claims that Gandhi himself visited the RSS shakha and met so and so, the fact is that Gandhi was never impressed by RSS. Pyarelal, Gandhi’s secretary records that in the wake of 1946 violence, a member of Gandhi’s entourage praised the efficiency, discipline courage and capacity for hard work shown by RSS cadres at Wagah, a major transit camp for refugees in Punjab. Gandhi answered, “but don’t foget, even so had Hitler’s Nazis and fascists under Mussolini.” Gandhi characterized RSS as a communal body with a totalitarian outlook. (Khaki Shorts: saffron Flags, page 22)

Earlier to this also Gandhi had written on the topic from which one can try to understand as to what Gandhi thought of RSS. In Harijan of 9 August 1942, Gandhi writes, “I had heard of the Rashtriya Swayamsevak Sangh and its activities; and also know that it was a communal organisation”, this was in response to the slogans and some speech against ‘other’ community, about which a complaint was made.” In this Gandhi is referring to the drill of RSS volunteers, who shouted that this Nation belongs to Hindus alone and once the British leave we will subjugate the non Hindus. In response to the rowdyism indulged by communal organisations, he writes, “I hear many things about RSS. I have heard it said the Sangh is at the root of all this mischief”. [Gandhi, Collected Works xcviii, 320-322, Publications Division, Ministry of Informational and Broadcasting, New Delhi 1958)

Has RSS changed over the years? Is recalling all this is out of place? The same hate ideology, which killed Gandhi, has become much more intensified over years. The violence unleashed in the name of Ram Temple, Holy Cow-Beef is not committed just by those who are wielding swords, lathis and daggers; the underlying factor is the ideology, the ideology of all this Hindu nationalism. It’s true that RSS has grown in size and is a formidable force. Still its agenda remains the same. Over years the hatred spread against religious minorities by using communal version of history is manifested time and over again, be it the issue of Padmavat, love Jihad or what have you, the constructed events of the past are the base of spreading hatred against the minorities of today. The murder of Pastor Stains and anti Christian violence is also based on the propaganda of conversion by ‘force, fraud and allurement’, which cannot be sustained by the demographic pattern shown by census figures.

Can RSS give up its Hindu nationalist ideology? Can RSS disown Golwalkar’s “We or our Nationhood defined” or “Bunch of Thoughts”? If Mr. Mukherjee wants to convert RSS into an organization believing in Indian, plural nationalism with diversity, he is probably aiming at a task close to impossible. So by being the guest at their function; either Mukherjee lands up giving legitimacy to the Hindu nationalism of RSS or he has to pick up the gauntlet and tell RSS to overthrow its divisive ideology to come to the path which Gandhi had shown, path which Patel and Nehru had followed, the one of secular democratic India!