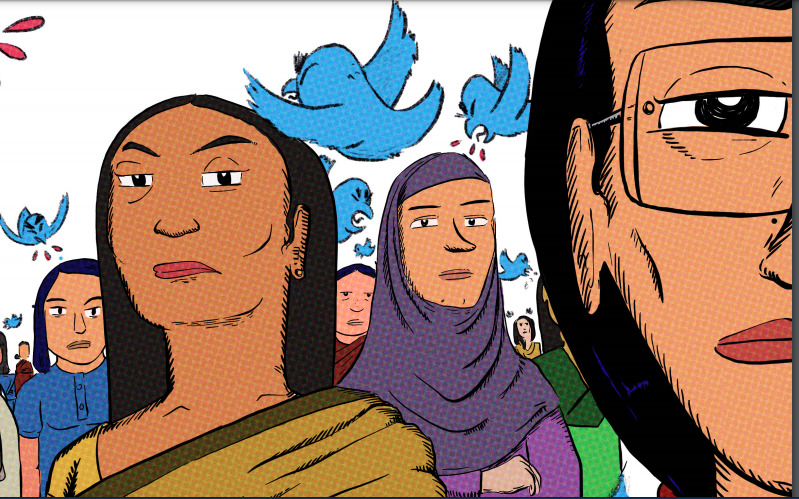 Two important reports related to gender equity and participation in economic and public life can shed some light on what women politicians face in the battlefield that is the political arena in India today.

The 28-point downgrade of India’s ranking in the World Economic Forum’s Global Gender Gap Report 2021, published on 31 March 2021, should come as no surprise. It is merely one more symptom of the deeply entrenched inequity and push back that women in India face in public life. (The gender gap is the difference between women and men as reflected in social, political, intellectual, cultural, or economic attainments or attitudes. The Global Gender Gap Index aims to measure this gap in four key areas: health, education, economics and politics.)

India has a 62.5% gender gap, down from 66.8% in 2020. In that year’s index, the country had ranked 112th among 153 countries. With a rank of 140 in the 2021 report, India now ranks lower than its South Asian neighbours Bangladesh, Nepal, Bhutan and Sri Lanka, with only Pakistan and Afghanistan ranked below India.

While the economic gap persists, with women earning less than men, significantly, the gender gap in political empowerment continues to be the largest of the four gaps tracked. Only 22% of the gap has been closed to date, having further widened since the 2020 edition of the report by 2.4 percentage points. Across the 156 countries covered by the index, women represent only 26.1% of some 35,500 parliament seats and just 22.6% of over 3,400 ministers worldwide.

Given the intimidation, misogyny and downright harassment of women in politics and others who dare to enter the public arena, the abysmal figures are only to be expected.

And this brings us to the second report. “Troll Patrol India: Exposing Online Abuse Faced by Women Politicians in India,” a study conducted by Amnesty International and released in January 2020, found that women politicians in India face a shocking scale of abuse on Twitter. Through crowdsourcing, machine learning and data science, researchers reviewed millions of tweets sent to 95 women politicians. The tweets were collated and analysed by over 1,900 volunteers.

The nature and scale of online abuse was not dependent only on gender, but also upon factors such as religion, caste, marital status and, here’s the thing: how active the woman politician is. Thus, more visibility in public life made female politicians more vulnerable to online abuse.

Here are the key findings of the study: