When Sophia Girls College, Bombay Invited a Professor To Argue In Favour Of Banning Beef 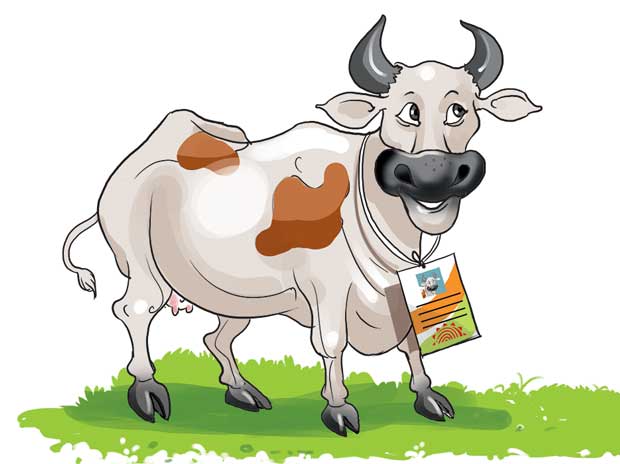 You won’t believe what happened next.

I am fortunate enough to study in a college in Bombay (yes, not Mumbai, how pro-colonial of me) far from JNU, where student union elections have been on pause since the past two decades. My professors and fellow students are liberal and they have a quality that ’s increasingly a rarity in New India: the maturity to listen to the views of the other side. Recently, a well-known political science teacher (interestingly he also writes some of our textbooks) from the city was invited to present his views in defence of the beef ban; I have never seen the AV Hall bursting at the seams with so many attendees.

The visitor went on to justify the ban with the most skewed logic that he could conjure, “If at your house, you do not like a certain food item, let’s say chana(chickpeas) so does your mother still make it? No, right? India is just like a family, if one child doesn’t like something then the others make a sacrifice and don’t eat it too.”

I was happy to see my fellow students as enraged as me. One friend from Kerala sarcastically said if he called the child who didn’t like chana the majority and the one who did, the minority, she would agree that his statement had some truth in it. Many students asked him why minorities are being throttled so badly in our country. One student asked him why Majoritarianism was so rampant and thought to be absolutely alright in a democracy, he snubbed her and told her to stop using such big words like a pseudo-intellectual and went on to say, “Kya sacrifice kiya hai
minorities ne? Bolo,” he replied. “Yeh kya rights rightslagakerakha hai.” (What have the minorities sacrificed? What is all this useless dialogue about their rights?).

This was enough to enrage the girls in the audience and thus began the most troubling question-answer session that the speaker has probably ever faced. Nobody broke chairs or threw things at him (we wanted to). You see, we were just talking, In our college, it isn’t very difficult to be civil and debate. That was the day I realized how important it is for opposing viewpoints to exist if we had the right to believe in one thing, others had the right to believe in something else as long as it wasn’t thwarting the will of anyone. Most importantly we both had the right to convince each other about what we believe in a non-coercive manner. I was appalled at my political science professor for even inviting him but a few days later, when my blood had finally stopped boiling, I realized what he had done.

He did not invite the speaker because he thought that the man would have stellar points to make, he simply invited him to make us students who were strongly against the beef ban, listen to a different view, and that is what true intellectuals do. Only goons block out these alternative narratives and resist them in violent ways.

In a week, I had learnt a valuable lesson that I think ABVP students in JNU need to be taught especially after the events of February 2016. I was watching an interview with Kanhaiya Kumar and Umar Khalid, poster boys for ‘anti-nationals’ and they said how if the regime doesn’t like what you’re saying, then you automatically lose the right to say it. And they exercise this through their army of paid trolls.

If we call our universities places of learning, of receiving higher education, how can we then curb dissent? These universities churn out some of the brightest minds across fields, how can we dismiss them using the catchphrase of the current regime ‘anti-national’ and use it as a weapon against all those who voice their disagreement?

If academic talks that lead to the emergence of a differing viewpoint are anti-national, then I have no problem in being an anti-national. To Twitter’s paid trolls who say these ‘anti-national elements’ are the beneficiaries of a subsidized education that is paid for by the Indian taxpayer, I have only one reply: I see no other area where you money is being used in a better way, dear taxpayer, because they certainly aren’t using your money to fix potholes.

I was also fortunate enough to attend a conference on the work of the author, Kiran Nagarkar and he talked about how his play ‘Bedtime Story’ was extralegally banned for 17 years by fundamentalist parties and he had something very important to say about that. Nagarkar said we all must learn from Iranian filmmakers, who despite having to face tremendous amounts of censorship create some of the most beautiful movies that oppose their regime and they do so with tenacity. He told us to find a certain ‘madness’ that we already have within us to begin an alternative narrative, one that doesn’t fit the agenda of what the current regime is forcing down our throats. As my dear Editor said, “Dukhi matt ho,inquilab karo.” (Don’t be upset, start a revolution)

When Sophia Girls College, Bombay Invited a Professor To Argue In Favour Of Banning Beef.