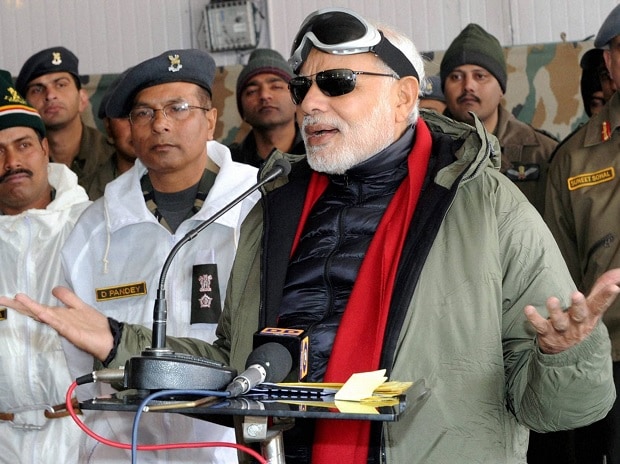 New rules to come into effect retrospectively from January 1

As army para-commandos slipped silently across the Lineof Control (LoC) on September 28 on a perilous mission to punish anti-India jihadis and their Pakistaniarmy backers, the Government of India quietly put the finishing touches on a plan to slash disability pensions for injuries incurred in the line of duty.

On September 30, the day after India began celebrating the successful “surgical strikes”, the ministry of defence (MoD) issued a letter that dramatically reduced pensions for soldiers invalided out from the army after being crippled by battle injuries, or by injuries directly attributable to hazardous military service.

It was just as well that the commandos returned without significant casualties. If a young soldier with severe injuries — what cold medical jargon terms “100 per cent disability” — from that operation had been invalided out from service, he would have found his monthly pension slashed from Rs 45,200 to just Rs 27,200 — down by Rs 18,000 a month.

The team leaders in the “surgical strikes”, majors with 10 years of service, have been hit even harder — with pension for 100 per cent disability slashed by over Rs 70,000 a month. Junior commissioned officers, the spine of the army, are also badly affected. Naib subedars with 26 years of service will find their 100 per cent disability pensions slashed by Rs 40,000 a month.

“Shocked is an understatement to describe what we feel,” said a top serving general. “Instead of joining us in celebrating the strikes, the MoD has stabbed us in the back.”

Two weeks later, as the Bharatiya Janata Party (BJP) uses military images and the army’s intrepid cross-LoC raid as vote-catchers in four impending state elections, news is filtering through the army hierarchy that the slashing of disability pensions includes not just battle disability pensions, but also pensions for medical disabilities found to be attributable to, or aggravated by, military service. These include training accidents, including parachuting, respiratory ailments caused by long exposure to extreme altitudes, loss of digits/limbs due to frostbite, etc.

This bombshell has been lobbed onto the army through a draft gazette notification dated September 30, issued ironically by the “Department of Ex-Servicemen Welfare”. In this document, posted on the defence ministry website, the reduced rates are listed out in a paragraph titled: “Enhancement in rate of disability pension”.

It scraps a decade-old system that the Sixth Central Pay Commission (6th CPC) instituted in 2006. In that, disability pensions arising from battle injuries, or disabilities attributable to/aggravated by military service, were calculated on a “percentage basis”, related to the last pay drawn.

Now, for unspecified reasons, disability pensions will be calculated according to a far less generous “slab system” that existed earlier. The 7CPC has proposed, and the government accepted, that the earlier system be reinstated.

Adding insult to financial injury, civilians will continue to be paid pensions according to the earlier “percentage system”.

Under the new rules, which come into effect retrospectively from January 1, 2016, the “service component” remains unchanged, but a “slab system” has been introduced for disability pension, which is significantly lower than the percentage system — Rs 27,000 a month for officers, 17,000 for junior commissioned officers (JCOs), and Rs 12,000 for all other ranks (ORs).

Besides battle casualties, most service-related disabilities are those categorised as “attributable to/aggravated by military service”. This too has been badly hit for the army.

According to the army headquarter’s calculations, the new “slab system” would cause a loss of Rs 2,040 a month to a senior sepoy with 100 per cent disability, Rs 3,472 to a subedar, and Rs 6,855 per month to a lieutenant colonel.