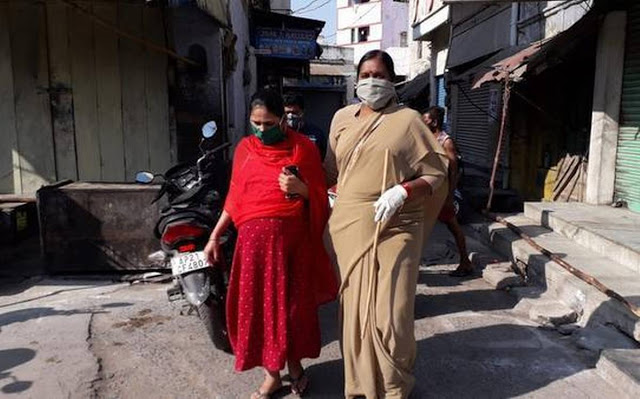 A new paper, prepared by a group of scholars of the from Impact and Policy Research Institute (IMPRI), New Delhi, has said that while the institutional deliveries have increased in the country, as evidenced by various National Family Health Surveys (NFHS), from 39% in 2005-06 to 79% in 2015-16 to 94.3% in 2018-19, the COVID-19 pandemic and the ensuing lockdown have posed “major concerns” for expectant mothers and parents having children up to five years.

Pointing out that mother and child health (MCH) covers 37% or around 50 crore of the total population of the India, the paper laments, the situation is particularly grave as, despite “major progress”, India remains “far from achieving desired outcome.”

The paper recalls the United Nations Sustainable Development Goal (SDG) targets: MMR to less than 70 per 100,000 live births, neonatal mortality to 12 per 1,000 live births and IMR to 25 per 1,000 live births. In fact, the Jaccha-Baccha Survey (JABS), conducted across six states of India in 2019, demonstrated that less than half of pregnant women in rural India eat nutritious food, and majority are deprived of quality healthcare, it adds.
According to the paper, despite several schemes such as Janani Suraksha Yojana (JSY), Mission Indradhanush, Pradhan Mantri Matru Vandana Yojana, the Prime Minister’s Overarching Scheme for Holistic Nutrition or the POSHAN Abhiyaan or National Nutrition Mission, Pradhan Mantri Surakshit Matritva Abhiyan (PMSMA), only one fourth to one third of the estimated pregnant mothers are covered.

“As more and more individuals emerge in need due to the fallback in livelihood stemming from the nationwide lockdown, it is necessary to take these schemes further by increasing the scope of their coverage”, the paper insists, adding, “At least two-thirds of the targeted population of pregnant women should be reached out in a structured and timely manner, with the focus shifting from peripheral aadhaar linkages to concrete action.”
Insisting that the budgeted allocation for schemes pertaining to MCH should be doubled, the paper says, following the nationwide lockdown, “Pregnant and lactating mothers and children in both rural and urban areas have begun to suffer.” Things have worsened because “the government order to the anganwadi workers (AWWs) to home-deliver the dry ration for children and mothers has had problems in execution.”

Angawadi workers complain of distances to be travelled on foot because of lack of personal or public vehicles, men often threaten them

According to the paper, “AWWs have complained about the distances to be travelled on foot because of lack of personal or public vehicles, villagers, especially men, threatening and in some cases even beating AWWs for coming out of their homes, violating the lockdown.”
“As of 2019, there were close to 14 lakh AWWs and 13 lakh Anganwadi helpers (AWHs) in the country. accredited social health activists or ASHAs are roughly 9 lakh in number. Their uncleared dues should be processed and remunerations regularised on an immediate basis. They should be provided with advance payments of three to four months to facilitate their work, insurance and safety and/or direct transfers and other forms of assistance in the same way as MNREGA workers”, the paper recommends.

It believes, “This will facilitate each case of pregnancy to be treated on a case-to-case basis and ‘non-COVID only’ hospitals/ consultation and diagnosis centres must be ensured and these along with the AWCs must be sanitized multiple times a day. This is because the various facets of maternal health are closely associated with maternity risks e.g. sanitation, hygiene, nutrition and traditional beliefs.”

The paper says, not just AWWs, even auxiliary nurse midwives (ANMs) and ASHA community health workers, are unable to come to the rescue of pregnant mothers and infants for their vaccination because of lack of transportation to reach the nearest health facility for delivery.
Among various suggestions, the scholars suggest, as an emergency measure, pregnant women, especially migrant workers, travelling or in transit on at the time of COVID-19 and seeking institutional delivery, should be imparted with the benefits of the Pradhan Mantri Jan Aarogya Yojana (PM-JAY) or Ayushman Bharat (AB) with the participation of private sector.

At the same time, the paper underlines, the government should urgently prepare a separate database for tracing and surveillance of the recently travelled and migrated pregnant women – who are suffering the most. Each of them should be frequently contacted to see if they have been infected with the coronavirus, and treated in accordance with WHO-recommended supportive therapies if found infected.

“Lately”, the paper regrets, “New-borns are being delivered in unsafe settings, as was the case in a Mumbai hospital where a woman and her three-day old child tested positive for COVID-19 after being given a room previously occupied by a COVID-19 patient.” And, “in Rajasthan, a doctor denied treatment to a pregnant Muslim woman – and her new-born died.”