Who decides vulgarity in my Bhojpuri songs? Kalpana Patowary on the hate campaign against her 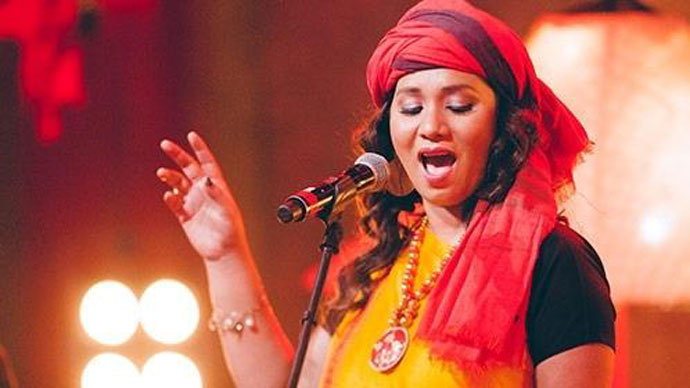 Fans claiming that I am trying to appropriate a beloved icon like Bhikhari Thakur, using him for my own journey of ‘respectability’ has left me appalled.

In the wake of the recent social media slander campaign against me — being run by a few good men who proclaim themselves the custodians of Bhojpuri language — it seems befitting that I offer a rebuttal to those vicious claims, and make my stand clear, once and for all. No doubt, it is easy to get swayed by what a few good men are saying, for a lie can travel half way around the world while the truth is putting on its shoes.

But here I am, begging for your kind attention, so lend me your ears and listen to my side of the story before you jump to a conclusion and join the hate bandwagon against me.

And believe my words because they are not hearsay, because you have heard me say them.

Ours is a patriarchal society, and this episode only proves it at point-blank range. What else would explain conscientious young and old Bhojpuri-speaking men ganging up against a woman artist just to make others believe that they are right and she is wrong?

If you pay attention to their statements without a chauvinistic prism, you will see the ugly face of all that I am being subjected to, unknowingly and often. These men, the so-called filmmakers, singers, musicians, writers, et al, have been trying hard to make me look ignoble, rubbishing my hard work — my dedication, of more than 16 years for this language that I call my own — at one fell swoop, because they have decided to let it all go down the drain.

They go on to claim that I have degraded Bhojpuri songs with my rendering of lewd lyrics. But here I will just say, “To the pure, all things are pure, but to those who are corrupted and do not believe, nothing is pure. In fact, both their minds and consciences are corrupted.” I was born in Assam, but I gained a foothold in the Bhojpuri film industry with songs such as “Saiya ji dilwa mangile gamchha bichhai ke (on a bedsheet, he asks for my heart)”, and I plead not guilty to the charge levelled against me that a singer alone can denigrate the language.

For me, a song is a song. Alas, I leave it to the few good men to decide what is vulgar and what is not. They have better judgment when it comes to such matters: after all, they are honourable men. But the responsibility for the vulgarity prevalent in Bhojpuri songs needs to be shared by those who penned such songs, those who listened to them and loved them, and those who have suddenly taken a stand, demarcating sanskaari (virtuous) from ashleel (vulgar) using their trusted wisdom, and all those who have been a party to it.

What explains their judgment on good, bad or ugly? Such songs climbed the popularity charts because people chose to listen to them. By calling them vulgar, the gang of a few good men has belittled my singing, to which I gave my heart and soul; instead of blaming the lyricist, this gang has been training its guns on me. 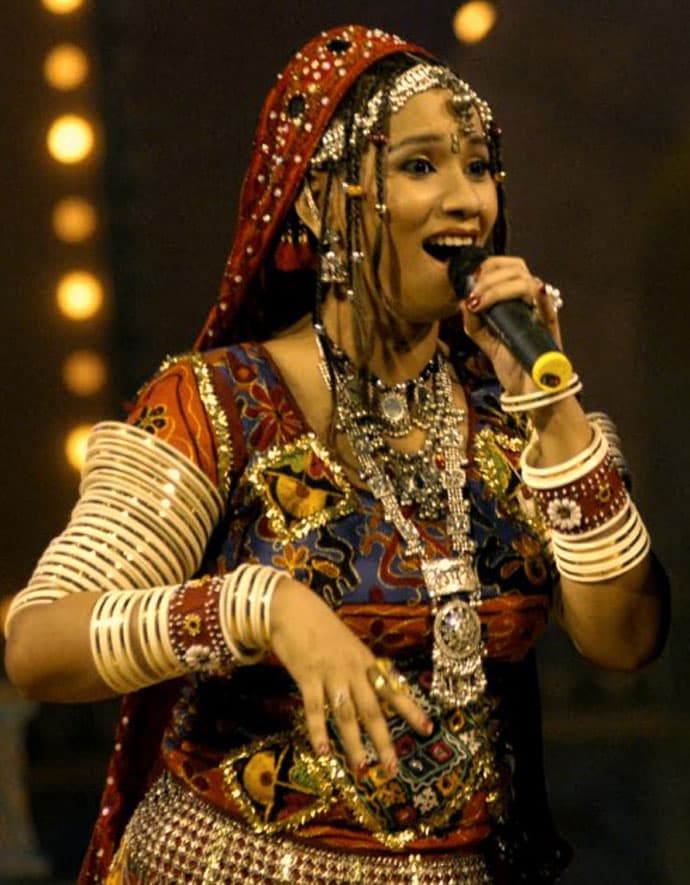 ‘I am exploring my creative side and can sing in 30 languages — Bhojpuri is one of them.’

Why did the gang choose to single me out?

Male singers, lyricists, actors, producers, directors, and others are mostly left out of the conversation when it comes to talking about the malaise plaguing the Bhojpuri music and film industry.

Why is there no outrage against their invaluable contribution in denigrating it? It makes me wonder as if I am singlehandedly responsible for all the wrong here. That’s an unfair deal. I can’t be singularly credited with this honour. I would much rather share it with many others, including the present-day staunch critics of the songs.

The hatred campaign has been erupting at sporadic intervals. It is mostly timed to clash with occasions when I try to better my good with the best, be it the Chhath video that became popular as it highlighted the age-old tradition among some Muslim families who fast to pay obeisance to the Sun God or being invited by the Sangeet Natak Akademi, a national institution, to grace the programme commemorating the birth anniversary of Bihar’s famous litterateur Bhikhari Thakur in Qutubpur.

Does my popularity make the gang wary? What explains their nervous huddle, which made them hurl slurs at me? I have always tried to outdo myself, and in some measure, I think it is the reason for their discomfort.

Some Bhojpuri music fans claiming that I am trying to appropriate a beloved icon like Bhikhari Thakur, using him for my own journey of “respectability” has left me appalled. I feel victimised, oppressed because of my gender. I haven’t lost my respectability, so there’s no point of earning it now. I was born into a musically-inclined family in Assam. I have earned my music lessons from Bhatkhande Music Institute in Lucknow and have a BA in English Literature from Cotton College, Guwahati. I am exploring my creative side and can sing in 30 languages — Bhojpuri is one of them.

I take the liberty to say that I have taken refuge in Bhikhari Thakur’s works; for me, it is akin to a pilgrimage, and if you think it is for purging my sins, so be it. I accept it without qualms. My rendering of his works is an integral part of my identity and I take immense pride in it.

Neither am I belittling the work of academicians and research scholars on the legendary artist, nor am I here to establish myself as the sole custodian of his legacy. I am proud that I have been able to make a frugal contribution as an artist to popularise Bhikhari Thakur’s works and take them to national and regional fora. ‘Every time I try to surge ahead, the shadow of such songs looms large on my artistic achievements — it leaves me saddened.’

I might sound audacious when I say, “You may love me, you may hate me, but you certainly can’t ignore me or my work.”

The few good men slandering me are attributing a handful of double-meaning songs to making me the reigning queen of Bhojpuri songs, so let me set the record straight. The first song that catapulted me from oblivion to stardom was a bhajan: “Na humse bhangwa pisaiy ae Ganes ke papa”; it made me an overnight star, and a slew of such devotional numbers followed. Women in the rural pockets of Bihar still remember me for my bhajans.

It is pertinent to illustrate the subtle difference in what is “vulgarity” in songs. For example, “Chadhal jawani chadhal jawani rasagulla” in Bhojpuri will transform into a more sophisticated version when it comes to Bollywood as “Sheila Ki Jawani”, both songs have been beautifully sung, but the nuanced approach of language and its restraint makes the song vulgar or pleasant for a different set of audience; it is situational.

The songs that I am being credited with having sung to create a so-called vulgar image were conceived by those well-versed with the Bhojpur belt; I didn’t bring them here from my native land, Assam. I sang such songs in the early years of my career without realising the words were double-meaning, and I regret it. That’s my past. Every time I try to surge ahead, the shadow of such songs looms large on my artistic achievements — it leaves me saddened.

It is a deliberate attempt by a few good men to pull me back, to intimidate me, and I will fight it with all my might.

I am doing a lot of work, but that is rarely talked about by most of the few good men. I am doing my bit in reviving Bhojpuri music as much as others who care for the genre. As a child, my mother used to gift me a pen on my birthday. Back then, I failed to understand its importance, today I have used the same pen to rebut false claims and clear the air on why I am living the legacy of the venerated Bhikhari Thakur.

If I have brought discredit to Bhojpuri songs, give me a chance to redeem myself. Why is that opportunity being snatched from me? Does my attempt to resurrect the Bhojpuri language with my small endeavours serve the interests of a few good men? I took Bhojpuri to MTV Coke Studio, but I am not willing to rest on my laurels. I am out on the journey to give the language its due, and every word of criticism only makes my resolve to work for its betterment stronger. A few good men can’t stop me midway.

Like actions speak louder than the word, I would let my work do the talking. Good, bad, ugly, I don’t leave it for a few good men to decide. Yeh public hai, yeh sab janti hai. So I let the matter rest in the court of the aam janta. The power to judge me rests with the people.

Let them pronounce me guilty or exonerate me of all such ludicrous charges. It is their call.