Who will be responsible for India’s 884 non-Covid deaths? 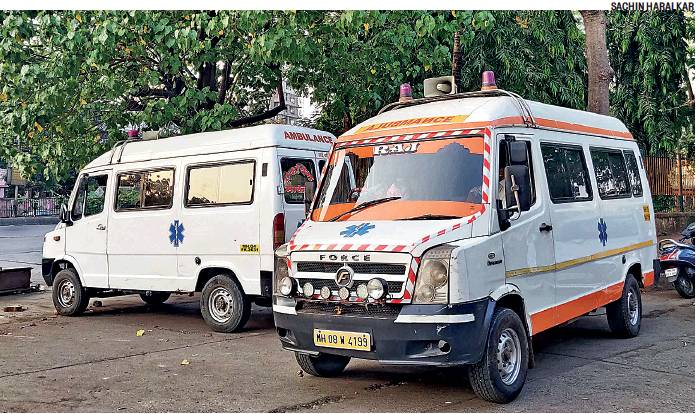 By Simran Kaur, Vasundhra Kaul, Varsha Sharma, Sandeep Pandey*
While the entire world faced the threat of the coronavirus, India was witness to a peculiar phenomenon. Hundreds of migrant workers poured into the streets, despite explicit warnings – and passionate appeals – by the Prime Minister to stay indoors.

India saw numerous deaths during this time, many of which were not a result of the virus itself. This latter category was no less a tragedy, albeit, a preventable one. Instances of this “collateral damage” made it to mainstream media as well; the 16 forced off of roads by the police, who resorted to walking on railway tracks and were crushed in their sleep by an oncoming train, the 24 workers who died as their truck collided with another in Auraiya, Uttar Pradesh.
Through all this time, it is inexplicable why the Indian Railways was not pressed into service to transport people. The Indian railways is the largest such system in the world and have the astonishing capacity to move two crore people on any day from one part of India to another. Allowing the railways to transport migrant workers to their homes at the beginning of the lockdown period could have minimised this suffering.

Jamlo Madkam, a 12-year-old tribal girl from Chhattisgarh was walking with her family from Telangana but died before reaching her village. 48-year-old Tabarak Ansari was cycling from Bhiwandi, Maharashtra where he worked in a power loom factory, to his village Shishpur in UP but died of exhaustion on the way, in Madhya Pradesh.
His friend could not afford to bring the body home, and he was buried in an unfamiliar land. Krishna and Pramila Sahu, with their two infant children, left Lucknow for Chhatisgarh on a bicycle. They met with an accident on the way, causing the death of both parents. Amrish and Raju were on their way from Ghaziabad to Bihar on a motorcycle. They met with an accident near Varanasi, and both died.
When a Shramik special train arrived in Kanpur on May 24, three people, including a old woman and a youth, were found dead on it. More tragic was the death of Mohan Lal Sharma, a 38-year-old migrant worker from UP who used to work in Mumbai, whose body was discovered in a toilet of another Shramik special train after three days in Jhansi when it was returning from Gorakhpur.

Even as hospitals were gearing up to deal with the influx of Covid-19 cases, a lack of direction caused them to turn away patients with other ailments. Eight months pregnant Neelam died in an ambulance outside a hospital in Greater Noida after being turned away by 3 government and 10 private hospitals because of lack of beds.
The three-year-old son of a ward boy Manish Tyagi died after being turned away by 2 private hospitals in Lucknow. By the time the child was admitted to King George Medical University Hospital, it was too late to save his life. Manish, who was quarantined himself, could do nothing but watch helplessly from a distance. Ram Shankar, a farmer who met with a fatal hit and run accident in rural Hardoi, was moved around from one hospital to another over a period of 5 days before finally dying in the tenth hospital he was taken to.

Series of reasons behind the deaths hugely amount to negligence by hospitals both private and public. People are virtually left to their fate

By that time, the family had already spent Rs two lakh for admission and treatment. Eight-month-old Izan tested negative for COVID-19 and was admitted to KGMU Hospital, and died on the 13th day when milk entered his lungs after an MRI test. Even a ventilator could not save his life.
There are also many, many cases of impossible choices. 35-year-old Chhabu Mandal, originally from Bihar, who worked as a painter in Gurgaon was finding it difficult to make two ends meet. So he sold his mobile phone for Rs 2,500, bought food for his wife, her parents, and four children and then hanged himself to death.

A website has recorded 884 such deaths which took place for reasons other than Covid-19 during the lockdown period.
Who will be held responsible for these deaths? They have been called “sacrifices” by many, including by our Prime Minister. This is a particularly unfortunate word to use in the context of migrant workers, who often find themselves being made unwilling “sacrifices” for any number of reasons. Even in death, there is no true acknowledgment of their lives, and so, no dignity.
While the idea of justice is being sought from the courts during this pandemic, it is crucial to also demand accountability from the executive. Sections 124 and 124A of the Railways Act provide compensation for accidents and ‘untoward incidents’.

A related judgment was given by the Supreme, Court of India on May 9, 2018 in Union of India vs Rina Devi (Civil Appeal No. 4945 of 2018), which allowed for compensation to be paid for non-self inflicted deaths while boarding and de-boarding the train. The apex court considered death while getting on or off the train which was not self-inflicted to be an ‘untoward incident’.
Similarly, the deaths of migrant workers in these cases should also fall under the category of ‘untoward incidents’ and should be compensated under the head as per the Railway Accident and Untoward Incident (Compensation) Rules 1990.
There is a huge institutionalized imbalance of accessibility of justice for the marginalized in the county. The country really needs to reconstitute itself in terms of response to grave humanitarian crises like this. The series of unfortunate events rolling out pursuant to policy crises and decision making failures prove that Indian citizenship is highly graded.
The series of reasons behind the deaths hugely amount to negligence by hospitals both private and public. People are virtually left to their fate much worse is the inhumane conditions of hospitals which are overburdened with rapidly rising number of cases each day.
This highlights the sheer dismal state of healthcare in India which spends so less of it public expenditure on healthcare. There is a need for evolving a multidimensional legal framework for dealing with cases of compensation to be accorded to the victims.
As per the Railway Accident and Untoward Incidents (Compensation) Amendment Rules, 2016, the compensation for death while traveling using the Railways has been enhanced to Rs. 8 lakhs. Although there is the Motor Vehicles Act for compensation in cases of road accidents, calculating the amount to be paid can take up a lot of time while the need of the families is urgent.
Moreover, no specific laws cover other mishaps like negligence and denial by hospitals, etc. What should be done is that the amount of compensation to be given by the Railways be extended to compensation under other heads as the indirect cause of death remains the same.
Therefore, the government should take cognizance of these deaths and pay compensation to the victims in a fast-paced manner given the vulnerable conditions of the families of these migrant labourers. Further, any action in this regard should be released in the public domain.
—
Simran Kaur is 4th year BA-LLB hons student at Punjab University, Chandigarh; Vasundhra Kaul is 5th year and Varsha Sharma is 4th year LLB students at National Law University (NLU), Delhi; Sandeep Pandey, a Magsaysay award winning social activist, is visiting Faculty at NLU, Delhi for this semester