Why are Indian women being attacked on social media? #Vaw #Womenrights 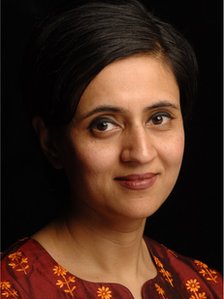 Sagarika Ghose has stopped giving her views on Twitter

What does a top woman journalist do when she is threatened regularly with gang rape and stripping on Twitter?

And what about when her teenage daughter’s name and details of her class and school are tweeted too?

“It was very disturbing. I didn’t know what to do. So for a few days I had her picked up and dropped off to school in our car and not via public transport, because I was really scared,” says Sagarika Ghose, a well-known face of Indian television news, who anchors prime-time bulletins on CNN-IBN and writes for a leading newspaper.

“Targeting me for my journalism is fine. But when it is sexist and foul-mouthed abuse which insults my gender identity I get incredibly angry. In the beginning I used to retaliate, but that would lead to more abuse.”

Ms Ghose says women abused on Twitter in India tend to to be “liberal and secular”.

“The abusers are right wing nationalists, angry at women speaking their mind. They have even coined a term for us – ‘sickular’.”

Ms Ghose has now decided to stop putting out her views on Twitter.

“I just put out our programmes and disseminate information. Though I still re-tweet some of the abusive tweets because there has to be awareness of what women journalists face. What else can you do?”

Kavita Krishnan, a prominent Delhi-based women’s activist, was attacked viciously during a recent online chat on violence against women onRediff.com, one of India’s leading news websites.

“It began well. I had answered a few interesting questions. And then one person, with the handle @RAPIST, started posting abusive comments. He then asked me where he could come to rape me using a condom,” she said.

She says she decided to leave the chat after the abuse continued.

Ms Krishnan considers herself “thick skinned, used to addressing difficult questions and dealing with abuse”, but this, she says, was “sexual harassment”.

“What angered me was that Rediff didn’t ensure that their guest was given a safe environment, the chat was not moderated nor was the abusive handle blocked.” 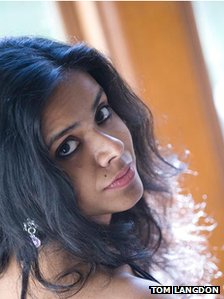 Rediff did not respond to BBC’s requests for an interview.

However, they posted an edited transcript of the chat on their website. The offensive posts had been removed and an apology made to Ms Krishnan.

More than 90 million Indians are active users of Facebook and Twitter and a large number of them are women. Cyber stalking and bullying of women are common.

Writer-activist Meena Kandasamy chose to go to the police when she faced sexist abuse online.

Last year, she had tweeted about abeef-eating festival at a university in the city of Hyderabad after which she was threatened with “live-telecasted gang-rape and being torched alive and acid attacks”.

Hindus who regard cows as sacred had clashed with low-caste Dalit groups who had organised the event.

“On an average, I get about 30 to 50 abusive tweets on days when I am active on Twitter. During the beef festival, there were more than 800 tweets in a span of two to three hours,” Ms Kandasamy says.

She believes that many Indian men react to posts that are critical of “caste and of Hindu nationalism”.

“I face the threat of violence even outside this virtual world in terms of people who don’t like my writings, my politics. Copies of my books have been burnt. I feel that kind of pain is far more deep and real than anonymous trolls and threats,” says Ms Kandasamy.

K Jaishankar, a teacher of criminology who has been studying bullying, stalking and defamation of women online, says India’s “patriarchal mindset has pervaded the internet space”.

“Men don’t like women to talk back. Public personalities who express strong opinions are trolled in a bid to force them off line,” he says.

Mr Jaishankar, who counsels victims of cyber crime along with his colleague and lawyer Debarati Haldar, says that Indian users online are largely male introverts who have found the web a place where they can express themselves freely and anonymously. 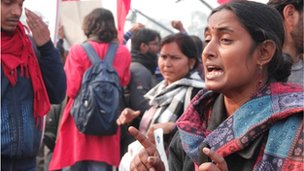 Kavita Krishnan was attacked on an online chat

“These men could be respectable professionals such as doctors, lawyers or professors in real life but online, they tend to show a darker side.”

Most of the women affected online do not go to the police, Ms Haldar says. Instead, they try to get the objectionable content removed, which is not usually easy.

India has a law – Section 66A of India’s Information Technology [IT] Act – against sending inflammatory and indecent messages on the internet and in recent times it has been used by the state as a weapon against dissent.

But, Ms Haldar says, women facing cyber bullying of a sexual nature have not been able to convince the authorities to take action against their abusers under the law.

“In many instances, when I motivated the woman to go to the police, they came back and told me that their complaints were dismissed as trivial. Instead, the police told them that it was not necessary for women to give their opinion on social media.”

Ms Haldar says the authorities must take these cases more seriously and charge the offenders under Section 66A of the IT law.

Even charging the offenders under the existing laws on sexual harassment could go a long way in curbing such abuse against women, she says.