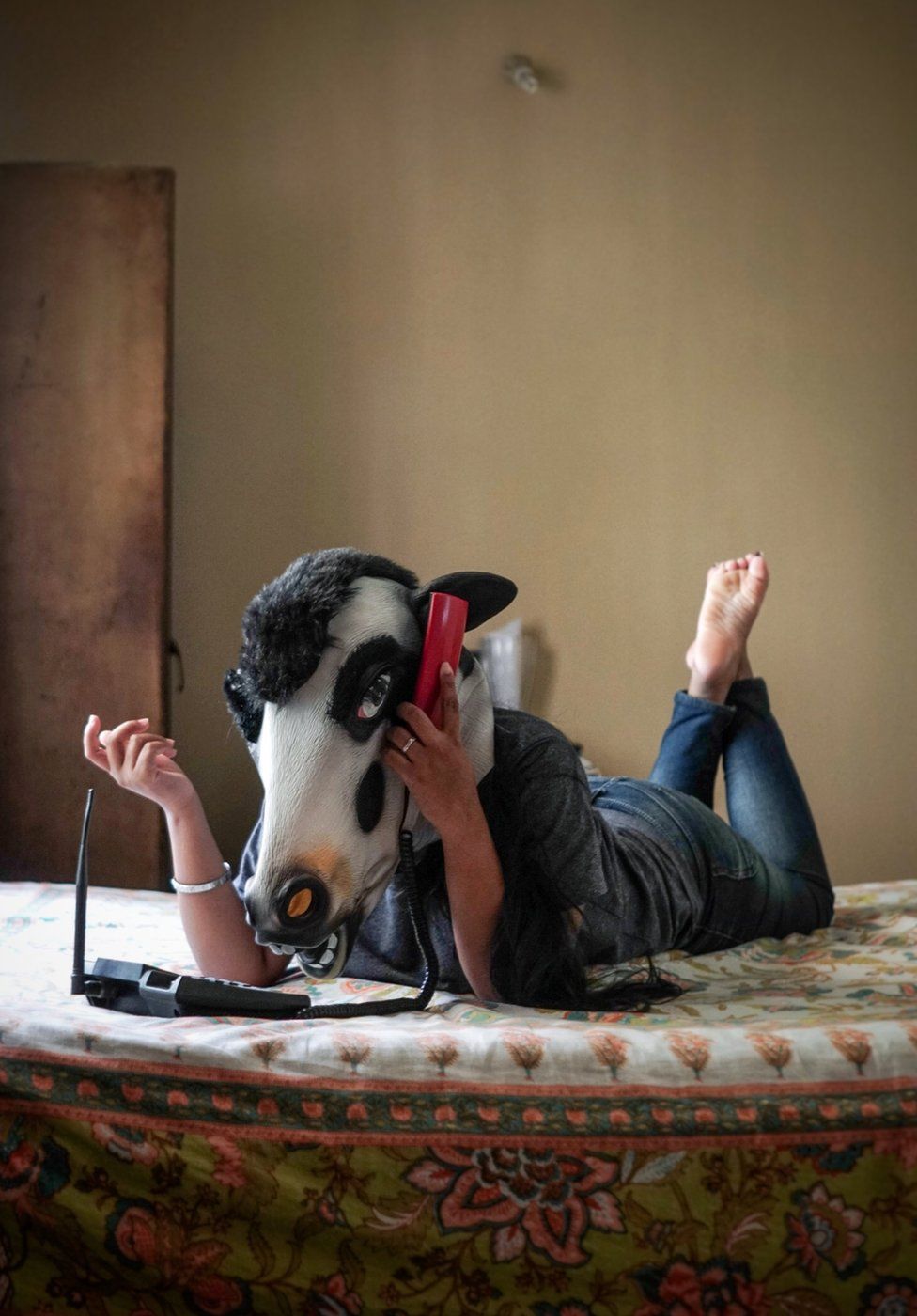 A photography project which shows women wearing a cow mask and asks the politically explosive question – whether women are less important than cattle in India – has gone viral in the country and earned its 23-year-old photographer the ire of Hindu nationalist trolls.

“I am perturbed by the fact that in my country, cows are considered more important than a woman, that it takes much longer for a woman who is raped or assaulted to get justice than for a cow which many Hindus consider a sacred animal,” Delhi-based photographer Sujatro Ghosh told the BBC.

India is often in the news for crimes against women and, according to government statistics, a rape is reported every 15 minutes.

“These cases go on for years in the courts before the guilty are punished, whereas when a cow is slaughtered, Hindu extremist groups immediately go and kill or beat up whoever they suspect of slaughter.”

The project, he says, is “his way of protesting” against the growing influence of the vigilante cow protection groups that have become emboldened since the Hindu nationalist Bharatiya Janata Party, led by Prime Minister Narendra Modi, came to power in the summer of 2014.

“I’ve been concerned over the Dadri lynching [when a Muslim man was killed by a Hindu mob over rumours that he consumed and stored beef] and other similar religious attacks on Muslims by cow vigilantes,” Ghosh said. 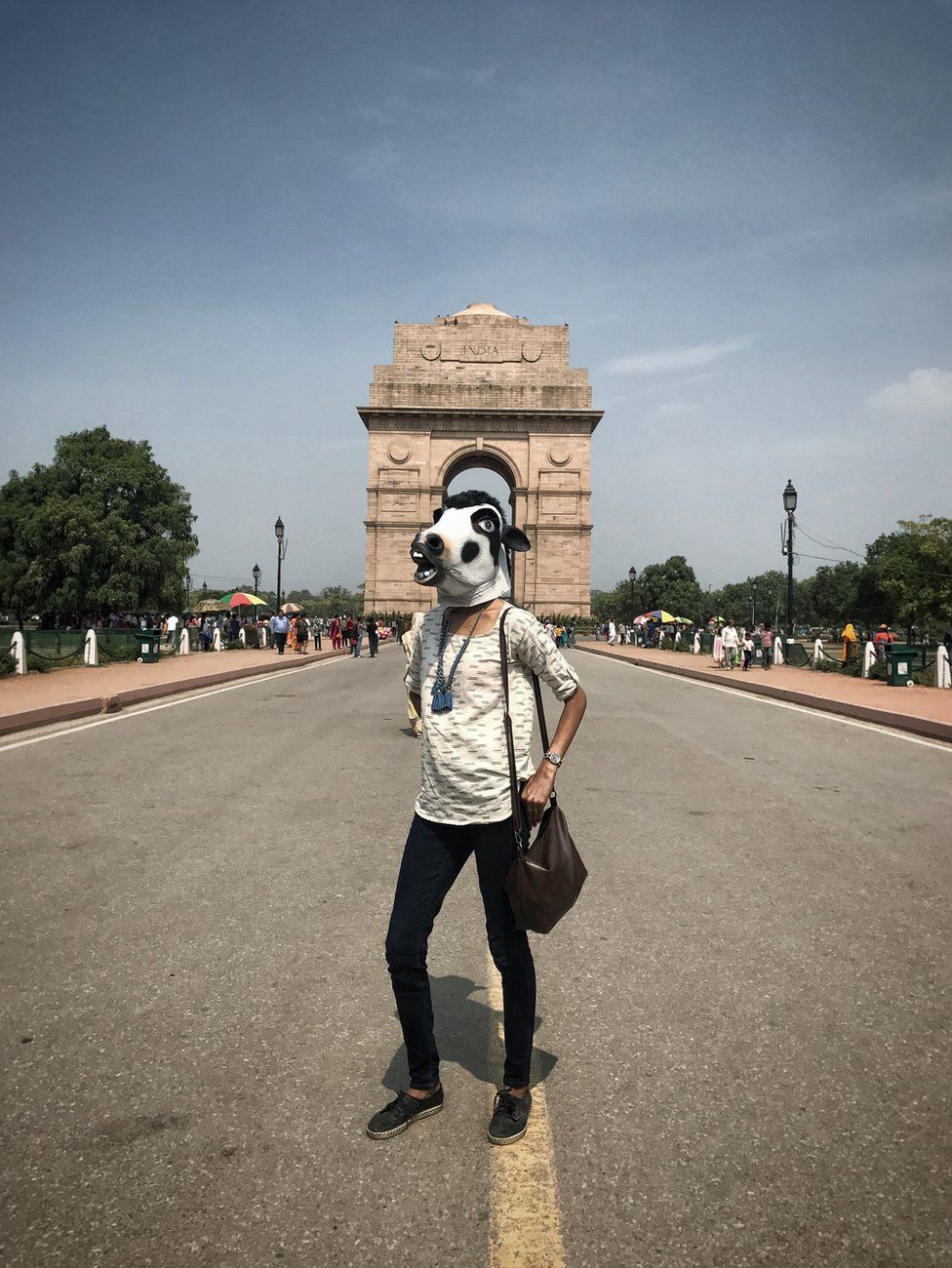 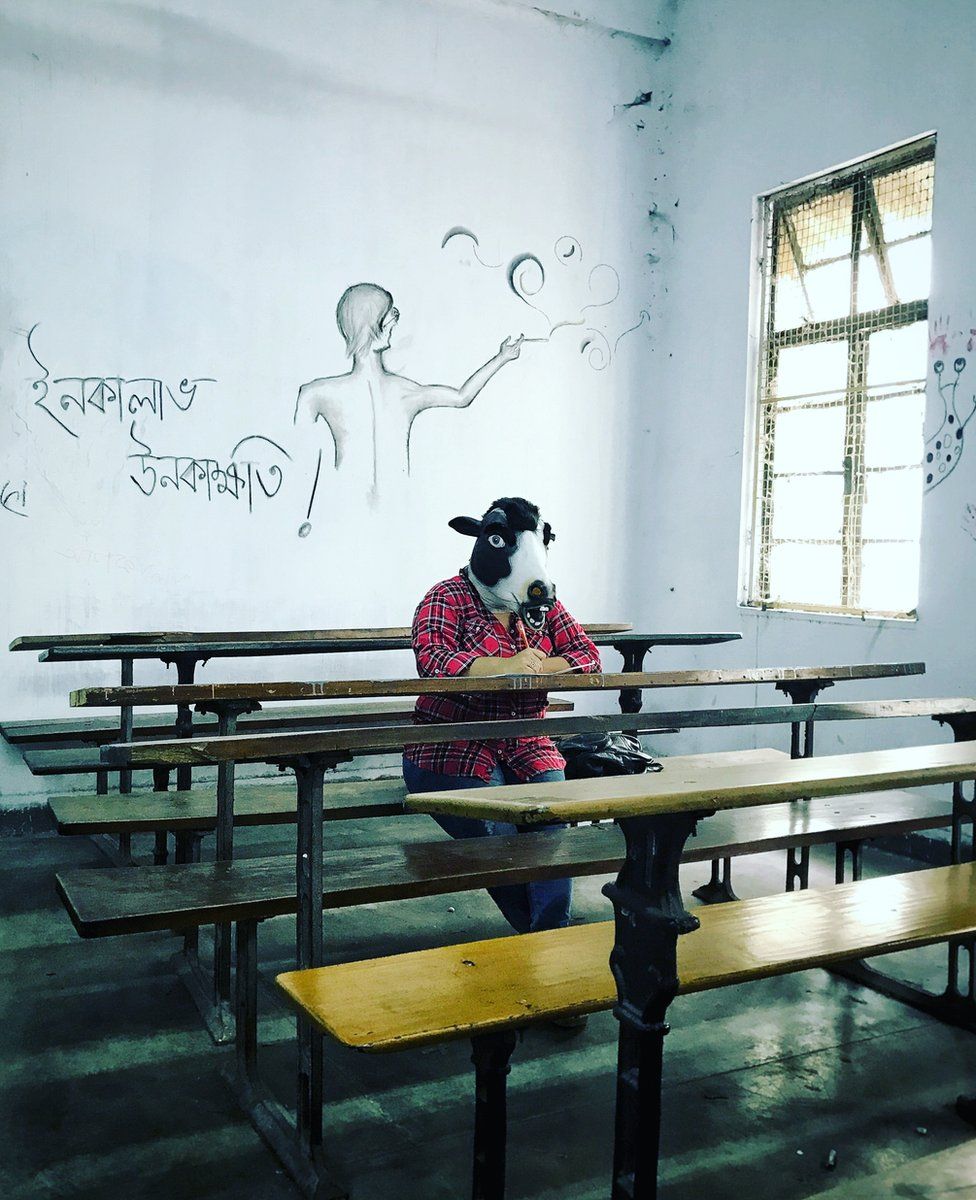 In recent months, the humble cow has become India’s most polarising animal.

The BJP insists that the animal is holy and should be protected. Cow slaughter is banned in several states, stringent punishment has been introduced for offenders and parliament is considering a bill to bring in the death penalty for the crime.

But beef is a staple for Muslims, Christians and millions of low-caste Dalits (formerly untouchables) who have been at the receiving end of the violence perpetrated by the cow vigilante groups.

Nearly a dozen people have been killed in the past two years in the name of the cow. Targets are often picked based on unsubstantiated rumours and Muslims have been attacked for even transporting cows for milk.

Ghosh, who is from the eastern city of Kolkata (formerly Calcutta), says he became aware of “this dangerous mix of religion and politics” only after he moved to Delhi a few years ago and that “this project is a silent form of protest that I think can make an impact”.

So earlier this month, during a visit to New York, he bought the cow mask from a party shop and, on his return, began shooting for the series, taking pictures of women in front of tourist hotspots and government buildings, on the streets and in the privacy of their homes, on a boat and in a train, because “women are vulnerable everywhere”.

“I photographed women from every part of society. I started the project from Delhi since the capital city is the hub of everything – politics, religion, even most debates start here.

“I took the first photo in front of the iconic India Gate, one of the most visited tourist places in India. Then I photographed a model in front of the presidential palace, another on a boat in the Hooghly river in Kolkata with the Howrah bridge as the backdrop.” 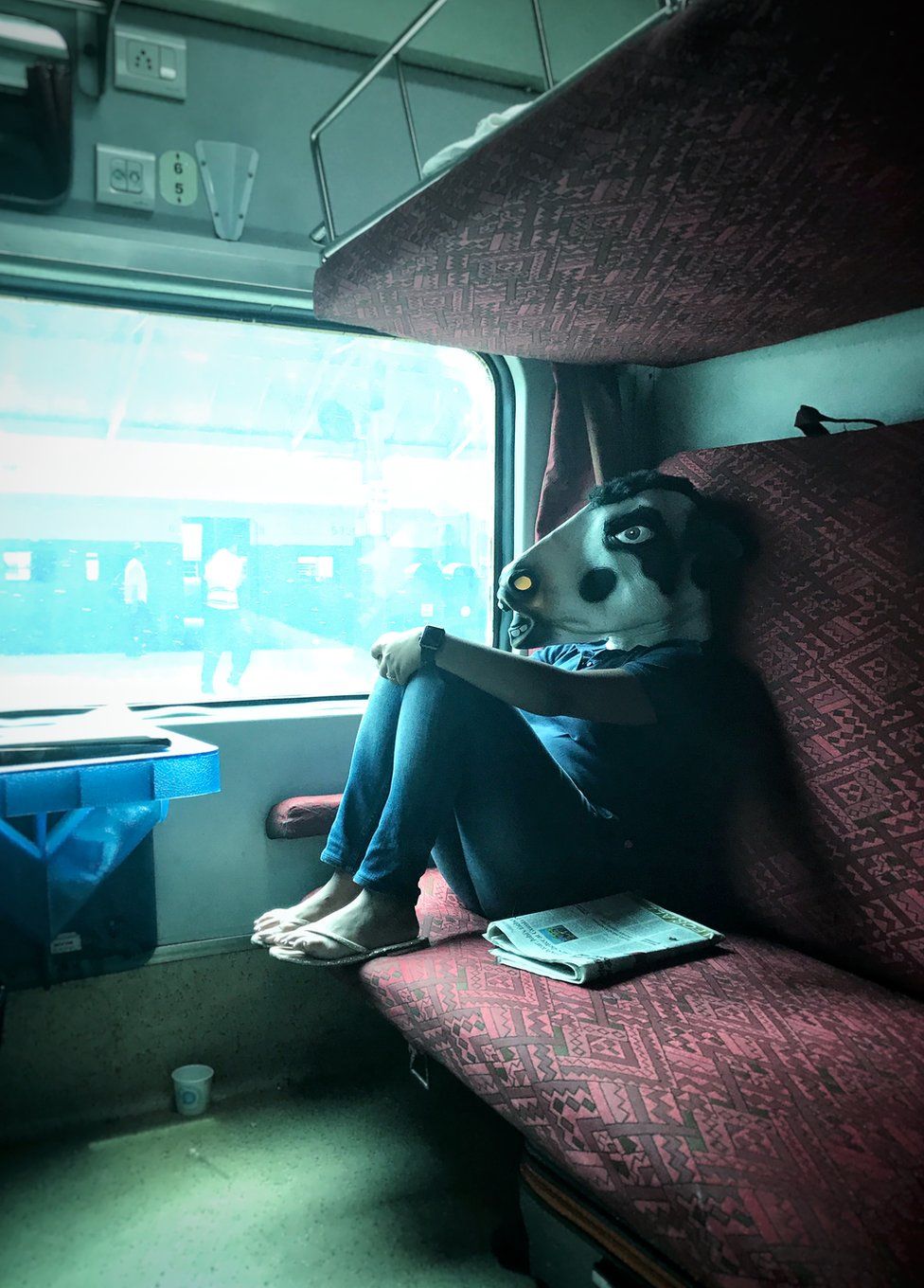 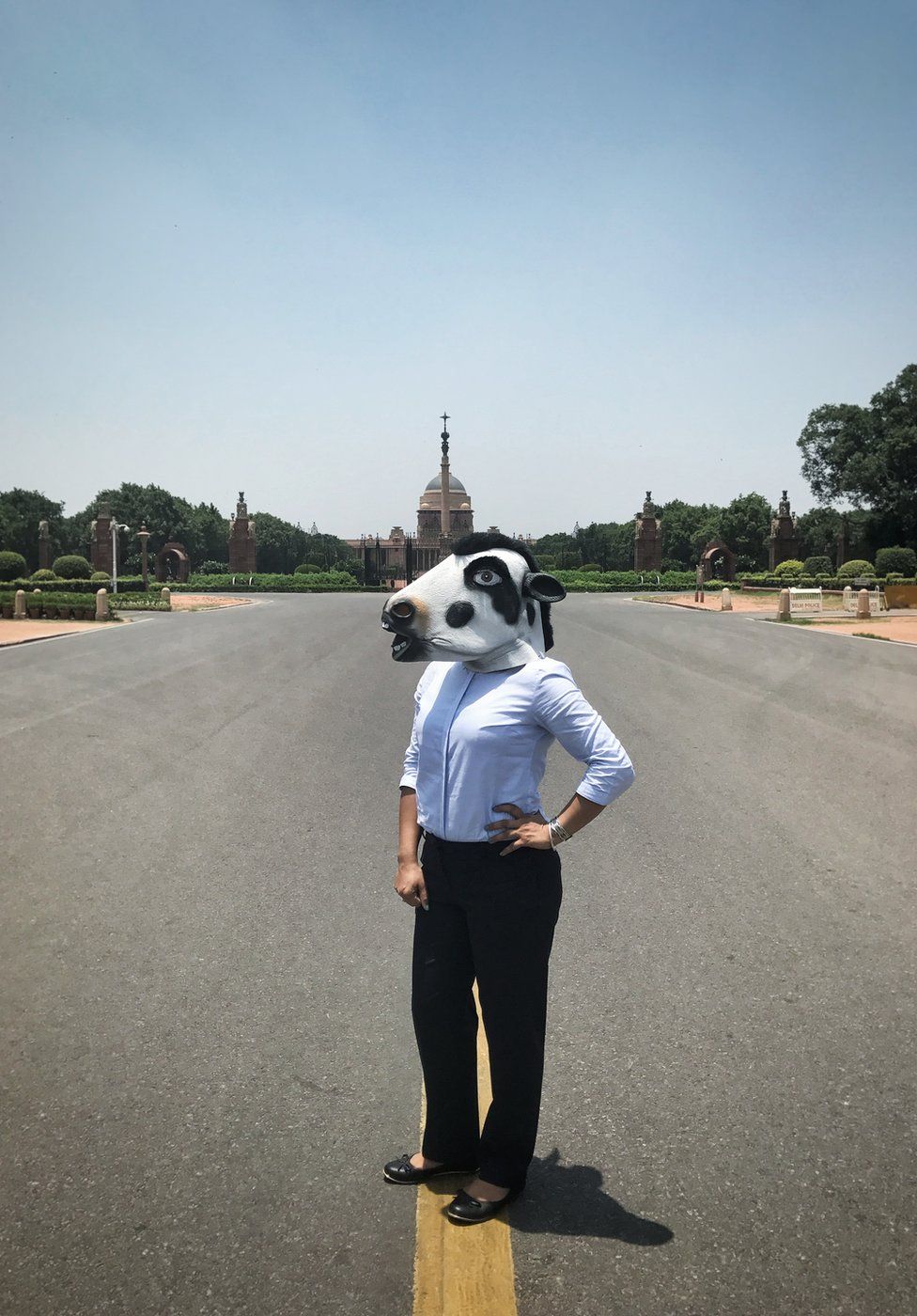 His models have so far been friends and acquaintances because, he says, “it’s such a sensitive topic, it would have been difficult to approach strangers”.

Two weeks ago when he launched the project on Instagram, the response was “all positive. It went viral within the first week, my well wishers and even people I didn’t know appreciated it.”

But after the Indian press covered it and put out their stories on Facebook and Twitter, the backlash began.

“Some wrote comments threatening me. On Twitter people started trolling me, some said I, along with my models, should be taken to Delhi’s Jama Masjid [mosque] and slaughtered, and that our meat should be fed to a woman journalist and a woman writer the nationalists despise. They said they wanted to see my mother weep over my body.” 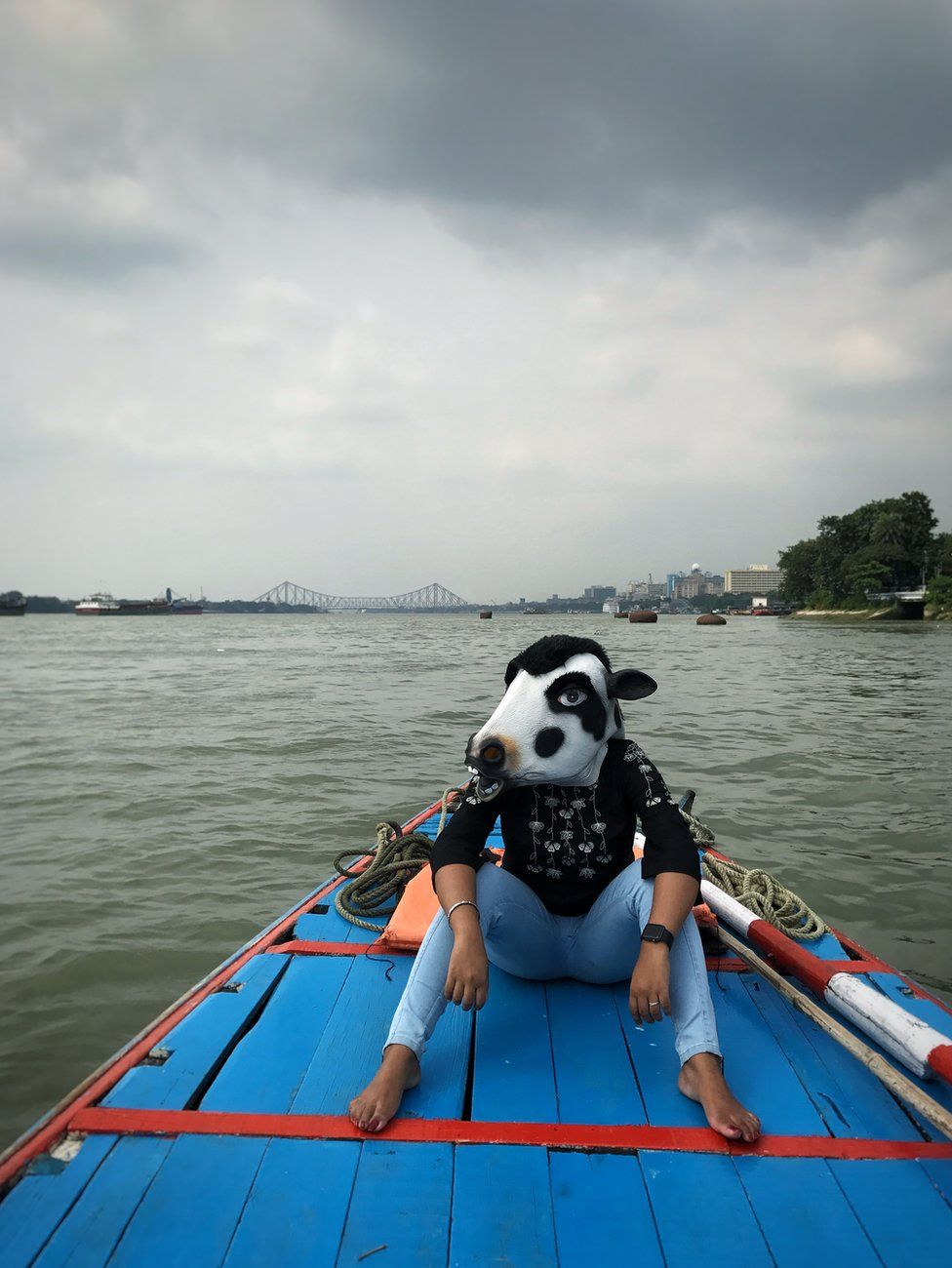 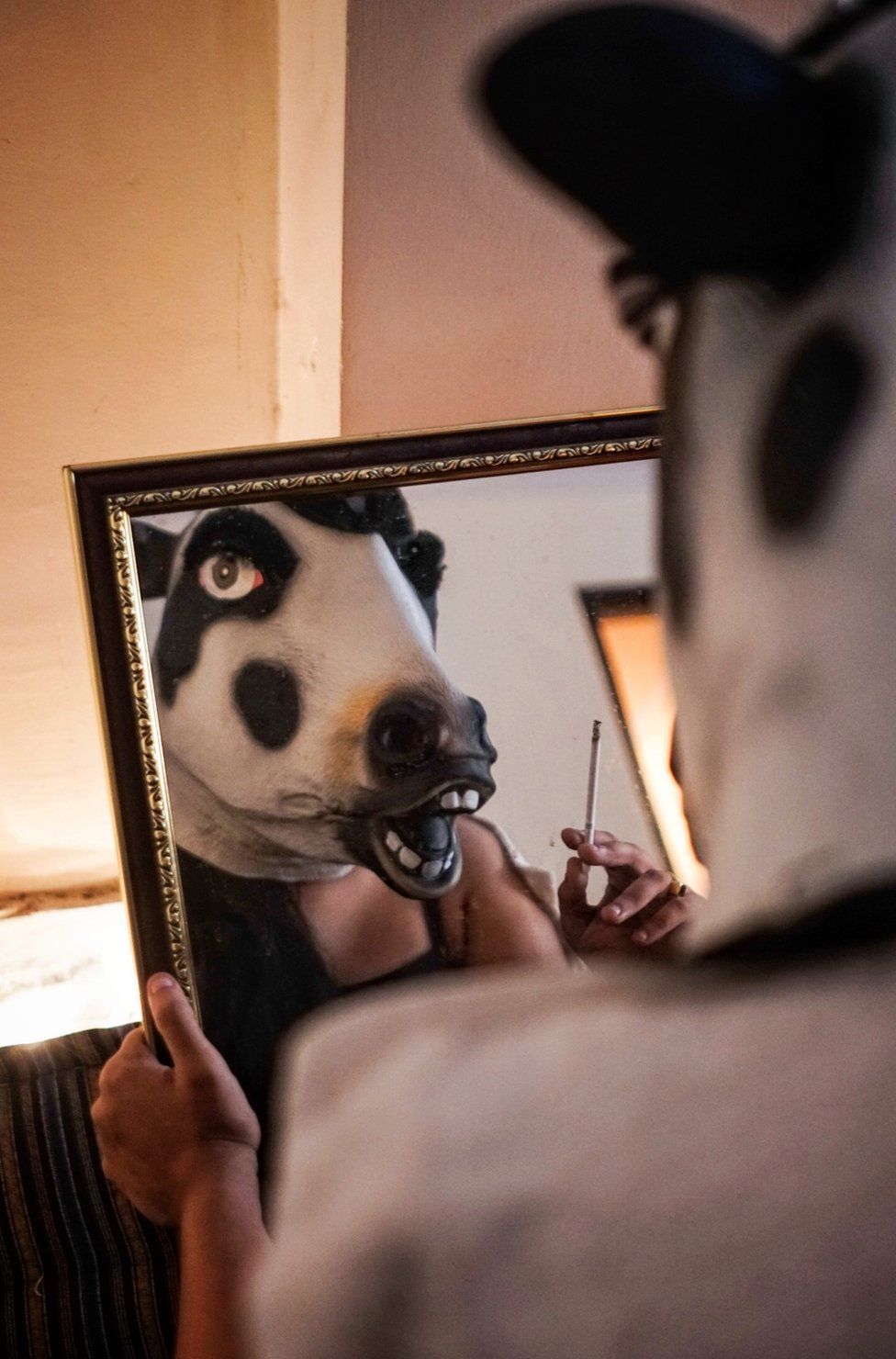 Some people also contacted the Delhi police, “accusing me of trying to instigate riots and asking them to arrest me”.

Ghosh is not surprised by the vitriol and admits that his work is an “indirect comment” on the BJP.

“I’m making a political statement because it’s a political topic, but if we go deeper into the things, then we see that Hindu supremacy was always there, it has just come out in the open with this government in the past two years.”

The threats, however, have failed to scare him. “I’m not afraid because I’m working for the greater good,” he says.

A positive fallout of the project going viral has been that he’s got loads of messages from women from across the globe saying they too want to be a part of this campaign.

So the cow, he says, will keep travelling.