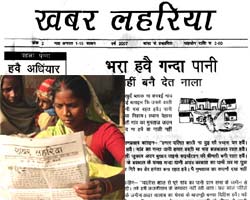 The Aurangabad bench of the Bombay high court on Monday took suo motu cognisance of news reports regarding the state government prohibiting the door-to-door distribution of newspapers.

In a related development, the Nagpur bench of the HC refused any interim relief in a petition filed by associations of journalists on the government’s move to prohibit door-to-door distribution of newspapers.

Justice Prasanna Varale of the Aurangabad HC bench appointed lawyer Satyajit Bora as amicus curiae and asked him to submit a PIL on or before April 22. The court also issued a notice to the principal secretary of the state government’s general administration department.

“The public is getting a reason or excuse to move out in the lockdown period to approach stalls and shops to purchase newspapers. Through newspaper boys, they can get newspapers at their doorsteps and need not have to venture out,” it observed. “’It is a common knowledge that though majority of the newspapers are available by way of e-paper mode, it is not possible for majority of public to have an access to e-paper as they may not be conversant with the technology or are used to reading of hard copy of a newspaper,” the c ourt observed.

Justice Nitin Sambre has issued notices to the state chief secretary, Union information and broadcasting ministry, DGIPR, Nagpur collector and Nagpur Municipal Corporation (NMC), apart from the state government. The next hearing is slated for Thursday.

While terming the government’s decision as arbitrary, illogical and unconstitutional, the petitioners contended that it’s also a violation of the fundamental right to speech and expression. “In newspaper distribution, there’s absolutely no interaction between hawker and reader. On the other hand, during home delivery of groceries and vegetables through e-platforms and permitting plumbers, mechanics and food delivery service, human interference is bound to take place,” the petitioner argued.