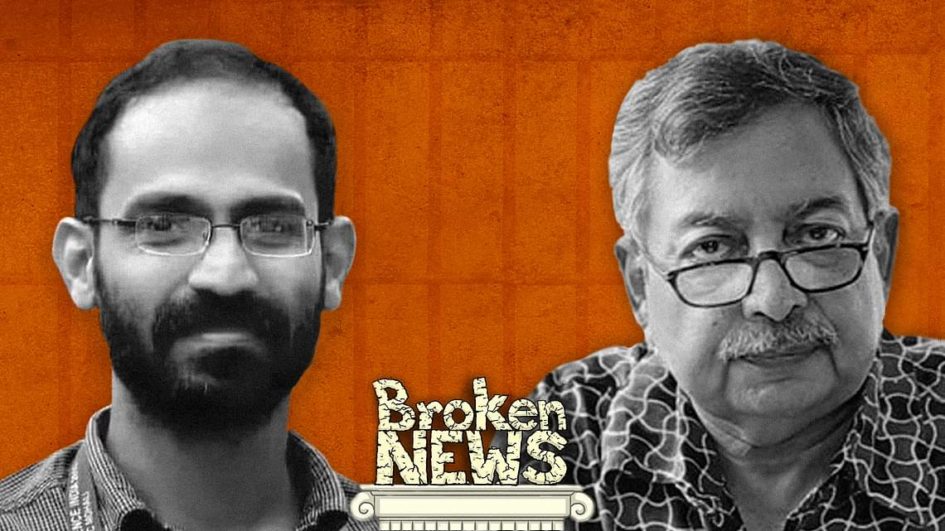 One cheer for the Supreme Court of India. Why only one? Because we still have some way to go before all arbitrary and unreasonable obstructions to freedom of expression are removed in this country.

The June 3 Supreme Court ruling in the Vinod Dua case came as much-needed good news in an otherwise grim year. In their 117-page judgement, Justices UU Lalit and Vineet Saran stated, “Every journalist will be entitled to protection in terms of Kedar Nath Singh, as every prosecution under Sections 124A and 505 of the IPC must be in strict conformity with the scope and ambit of said Sections as explained in, and completely in tune with the law laid down in Kedar Nath Singh.”‬

Put simply, this means governments cannot slap sedition cases against journalists who question or criticise policy or report or expose gaps in government performance. That’s great and is something about which we in the media ought to be happy and relieved.

Except that this was already established as far back as 1962, that is almost 60 years ago, in the case the judges mention, Kedar Nath Singh vs State of Bihar. Yet, six decades later, neither governments nor the police at the thana level appear to understand what that judgement means given the ease with which Section 124A of the Indian Penal Code dealing with sedition continues to be used against journalists and others.

In fact, a database assembled by the news website Article-14 shows a rise in sedition cases since the BJP took power in 2014. It points out that there was an increase of 28 percent in sedition cases filed between 2014 and 2020.

The case against Dua follows a pattern. In March last year, a BJP politician filed a case against the veteran journalist in Kumarsain, Shimla. He held that on his Vinod Dua Show on YouTube, the journalist made “unfounded and bizarre allegations” against the prime minister and the government. This, he held, was punishable under Sections 124A, 268, 501 and 505 of the Indian Penal Code.

Dua is based in Delhi. The case was filed in Himachal Pradesh. By then, a national lockdown in view of the pandemic had been declared. Movement between states was restricted. Filing a case in a place other than where the journalist resides is the first common feature of such cases.

Dua was luckier than most. He could file a plea in the Supreme Court to quash the case against him. Most other journalists, particularly those based in smaller towns, do not have that ability. For them, just to deal with the first steps of countering such a case is punishment.

So regardless of the case going in Dua’s favour in this instance, it is important to remember that the Supreme Court’s directions from 60 years ago are regularly flouted and the only way to enforce them is for the aggrieved person to rush to court to appeal.

Secondly, independent journalists, reporting without the backing of large media houses and often from small towns, do not have the resources to fight cases slapped on them even at the first level, leave aside going up to the Supreme Court. If the case is filed in a place other than the one from which you operate, the very process of fighting it becomes expensive and arduous. You have to locate lawyers and spend your own money if the court requires your presence.

Additionally, 124A is only one of several draconian laws that are used against journalists and dissenters. For instance, the Uttar Pradesh chief minister is on record threatening journalists that the National Security Act will be used to arrest anyone reporting what the government considers “false claims”, such as the very real shortage of oxygen that occurred in April at the height of the second wave of the pandemic.

Or take the case of the journalist Siddique Kappan, who went to report on the Hathras rape case, but instead was arrested by the Uttar Pradesh police and remains imprisoned over 200 days later on sedition charges and under the anti-terror law UAPA.

In fact, according to this report about the challenges journalists face in UP, even Section 66A of the IT Act (sending “offensive” messages on the internet), which had been struck down by the Supreme Court in 2015, continues to be used.

Hence, when governments have an arsenal of draconian laws that they can use against individuals who dissent, or who report and write critically, the protection provided by a ruling by the Supreme Court is simply not enough. The court cannot monitor every case that is filed in this country. And if cases are filed in small-town police stations on purpose to harass the individual or the journalist, there is nothing that can be done to stop it. By the time the individual fights to get the case heard, he or she has already been punished by the process.

That is why there is every reason to demand, as the Editors Guild of India and other organisations representing journalists have, that this antiquated colonial law should be consigned to the dustbin of history. If India wants to be considered a functioning democracy with an unfettered and free press, there is no place for such laws.

This is what the constitutional law expert Faizan Mustafa argues persuasively in a recent article in the Indian Express. He points out that according to data from the National Crimes Record Bureau, “between 2016 to 2019, there has been a whopping 160 per cent increase in the filing of sedition charges with a conviction rate of just 3.3 per cent. Of the 96 people charged in 2019, only two could be convicted”. These figures are more proof of how the provision is used for harassment even though the chances of conviction are slim.

Why is this happening when as far back as 1962, in the Kedar Nath Singh case, the limits of what constitutes sedition had already been laid out? Has this deterred the misuse of this section in the intervening years? Certainly not if we look at the database assembled by Article-14, referred to earlier.

In any case, the problem with the way this provision is used affects not only journalists but ordinary citizens who use the right granted to them under the Indian constitution to criticise and oppose government policies and programmes. In 2016, I personally saw the bewilderment on the faces of the feisty women from the fishing community of Idinthakarai in Tamil Nadu who were protesting peacefully against the Kudankulam nuclear plant when they were told they had been charged with sedition. Eventually, the Supreme Court granted them relief.

It is surprising, or perhaps not, that there has not been a stronger demand from the media for the sedition law to be declared unconstitutional. The Telegraph has made this demand in its editorial titled “Hurrah”. But most editorial positions have been restrained, welcoming the court’s ruling but not dissecting why an earlier ruling made no difference in curtailing the misuse of this provision.

The Supreme Court’s ruling in the Vinod Dua case is significant, even historic. It might stay the hand of the state for a while in using the sedition law against journalists. But, as in the past, as long as it stays on the statute, its chances of being misused remain strong because at heart most governments want laws that can curb dissent and questioning.