Why Exit Polls Often get it Wrong 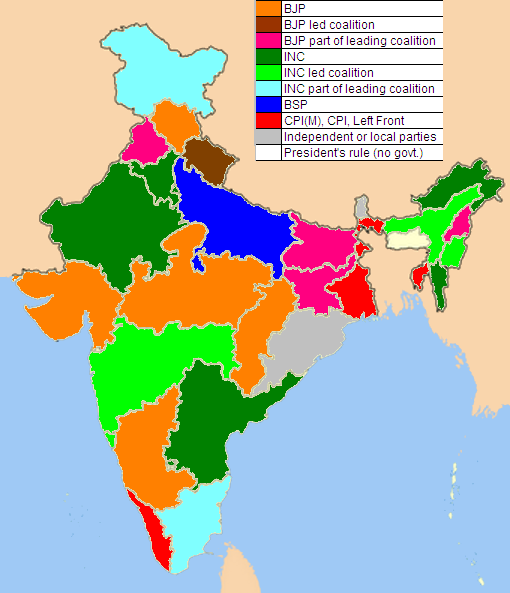 On Monday, after the last phase of India’s marathon 2014 Lok Sabha elections got over, television channels broadcast their exit poll results. Since these elections have been portrayed as a referendum on the BJP’s prime ministerial candidate, Narendra Modi, the exit poll results were hardly surprising. Across channels, the polls predict a victory for the BJP-led NDA alliance. Various channels predict that the BJP alone will win between 190 and 260 seats on its own. Before you exult or collapse in despondence, depending on your political views, pause for a minute. On Monday, this newspaper carried a story, based upon research published in The Economic and Political Weekly, on what previous exit polls have predicted and compared these with actual outcomes.
The results appear to have a distinctive pattern. Between 1999 and 2009, across three Lok Sabha elections, pollsters have consistently overestimated the number of seats that would be won by the BJP and its allies. In the 2004
polls, that saw the Congress-led UPA
come to power in New Delhi, the forecasts even got the winning direction
wrong: all polls expected the BJP-led
alliance to win. In 2009, things looked
less sanguine, with the Congress alliance expected to do better than its rivals, but even here, the BJP was expected to win far more seats than it actually did.
Afterwards, there were mutterings about deep conspiracy theories or financial payoffs to tilt opinion in the BJP’s favour, leading to the Election Commission barring exit polls till all voting was over. Yet, one does not require a conspiracy theory to explain why the BJP is overrated in exit polls. In a deeply hierarchical and casteridden society like India, almost all elites speak their mind openly and fearlessly, but the subaltern groups do not. The unwillingness of minorities, lower castes and Dalits to talk openly about their voting preferences, fearing reprisals later, is another powerful factor that tilts the data away from regional, caste-based and minority groupings. And the party that gets their vote gets credited with a low vote share. It is moot if the trend will hold.