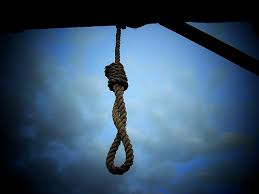 Death penalty for sexual assault is reportedly a celebrated position in India right now. On Friday, in a case that has captured both national and international attention, a judge sentenced four men to execution for the December 2012 rape and murder of a student in Delhi. The announcement was met with cheers by hundreds of people gathered outside the court.

Considering research showing that one in four Indian men has committed sexual violence at some point in their lives, is India serious about pursuing bloody barters in still more cases? The answer is unclear, but the eye-for-an-eye sentiment that has permeated public discussion around the recently concluded case has allowed a great wrong to be addressed inadequately and perhaps unjustly. Indeed, it is unquestionable that at least three crucial learning moments are slipping through India’s fingers.

First, the public, eager to focus gory details about this particular rape and the drama of the court proceedings that followed, are losing the opportunity to discuss the case as illustrative of the lived realities of women and girls across the country. Other recent cases, even ones equally as egregious, have not received the same sort of national attention. Not the 16-year-old who sought assistance from her teachers to report repeated rapes by her high-profile father in Delhi’s satellite town of Gurgaon, nor the woman whose charred remains suggested she was burned alive after a possible rape in Sirsa, in Delhi’s neighboring state of Haryana. Fueled by calls for violent retribution and an additional clamor surrounding whether India has become dangerous for female tourists — a real, but not primary, concern — the violent rape in Delhi has been rendered into a unique spectacle rather than being used as an impetus for discussions at dinner tables, in schools, in dining halls, and in community spaces about the need for zero tolerance of violence.

The loud responses have also diminished the voices of those at the helm of the gender justice movement in India — people who were paying attention to sexual violence and other human rights violations long before this case. There have been vociferous calls for the death penalty, chemical castration, and some gleeful discussions about other savage punishments for those who commit sexual crimes. None of these penalties would provide a just, sustainable, or replicable solution, and some of them reinforce rape myths. (Castration, for instance, suggests that rape is all about sex.) Gender justice advocates have worked to dispel such myths and emphasize the need for more humane criminal penalties, but they have yet to receive the careful ear that they deserve.

Second, and relatedly, India is missing the opportunity to take a stand against custodial torture and to further define the contours of the amorphous rule of law. Originally, there were five adults accused in the case (in addition to one juvenile). Their lawyers reported that the accused were beaten, tortured, and sexually assaulted while in jail. The coverage of these reports was scant, and the defense lawyers were deemed shameless for worrying about the treatment of the accused. In March 2013, one of the five was found dead in his jail cell, hanging — some reports said — by his own clothes, having used his disabled hand to noose himself, a couple of feet higher than his frame, while cellmates were present.

The alleged rape of the now-convicted rapists, and a potential murder, should also be deep public concerns. The reports of mistreatment merited more attention and pause during the recent trial and continue to do so now. For, quite simply, to be against rape and violence should mean precisely that.

While non-governmental estimates are often higher, according to the National Crime Records Bureau, out of the total number of prisoners that died in Indian jails during 2011, 1,244 were natural deaths and 88 were due to unnatural causes, 68 of those being suicides. Civil society groups consistently document the torture and other degrading treatment of Indian prisoners, and it is not unreasonable to conclude that this, too, leads to custodial deaths. Recently referring to the “public secret” that is torture, senior New Delhi lawyer Nitya Ramakrishnan, recounted to the Indian daily The Hindu what any Bollywood filmgoer accepts as unexceptional: “In Hindi movies, unless the cop hits the suspect, he doesn’t talk. [Torture] is projected as a successful interrogation technique.”

Among other possible effects, more robust investigation and dialogue about torture during the Delhi rape case could have helped advance the Prevention of Torture Bill, which has been stalled since 2010 and, if passed, would allow India to ratify the U.N. Convention Against Torture (CAT). Elusive and abstract as they might seem, international instruments do set clear social benchmarks. Ratifying CAT would assist in beginning to mainstream the idea that freedom from torture is a non-derogable human right — rather than dependent on the proclivities of individual officers. But far from moving the conversation toward increased accountability, reactions to the Delhi rape simply labeled “alleged” as a mere formality, innocent until proven guilty as an optional guideline.

The third missed opportunity pertains to the law and its symbiotic relationship with society. Recognizing that violence against women takes place in various contexts, and in the face of many adversities, the Justice Verma Committee — constituted days after the December assault and murder to propose revisions to India’s rape laws — made excellent, contextual recommendations to enhance safety and justice for women. This included reforms around responses to rape in police custody, rape in conflict zones, and rape in bedrooms. (India has yet to outlaw marital rape.) The committee also ruled against the death penalty as punishment for rape. However, the committee’s extensive report that could have ushered in systemic changes was largely ignored, short-circuited by a lackluster ordinance signed by President Pranab Mukherjee on February 3. Additionally, the government has not offered sufficient support for sexual violence prevention or bystander intervention resources.

On the heels of a tragedy, there was a chance, with media coverage, a high-profile trial, and the Justice Verma Committee report, to begin a national dialogue about sorely needed cultural change in addressing violence against both women and those accused of crimes. Instead, in a country where court proceedings and policy decisions notoriously move at a snail’s pace, both the Delhi rape case and related legal reforms were rushed to conclusion. The expedience hasn’t rendered complete justice to the victim or her family, to women or their advocates, and perhaps not even to the defendants. The cheers for the death sentences handed out on Friday were simply reminders of these failures.