Why Has PM Modi Not Congratulated India’s Magsaysay Award Winners? 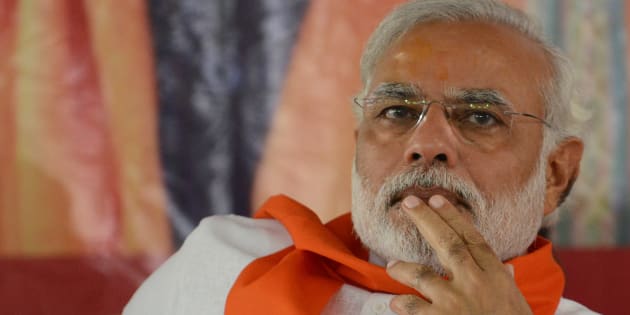 If this were a plot in a P.G. Wodehouse story then one of his eccentric characters would have summed up the situation between the two Magsaysay Award winners from India and its silent Prime Minister as rather “rum”. In the real world, one could call it rather strange.

We have Bezwada Wilson, national convener of the Safai Karmachari Andolan, who has received the Ramon Magsaysay Award for his tireless efforts to eradicate manual scavenging in India.

And we have Prime Minister Narendra Modi, who also wants to end manual scavenging, and who is always on top of his game, especially on Twitter, when it comes to congratulating Indians who make the country proud. But a week has rolled by since the awards were announced and still no words of felicitation have come for Wilson, or for the Carnatic music maestro, T.M. Krishna, the other Indian to win the Ramon Magsaysay Award this year.

Krishna was honoured for his opposition to the monopoly of the upper castes over Carnatic music, and his refusal to perform at an annual music festival in Chennai to protest against its lack of inclusiveness.

Even though these awards are milestones in the seemingly interminable battle against some of our worst social ills, neither Modi nor his government has even acknowledged the two Indians who have won Asia’s most prestigious service award this year.

What makes the situation even more bizarre is the fact that Modi has invested a great deal of time and energy in wooing Dalits and politically appropriating Dalit icon B.R. Ambedkar. And now, instead of sharing in India’s pride in Wilson, a Dalit, and Krishna, an outspoken champion of the Dalit cause, he is completely ignoring them.

It is of course impossible that news of the award was not brought to Modi’s notice. Especially since the award, named after the third president of the Republic of Philippines, is rather well-known in India, having been won by scores of Indiansincluding Satyajit Ray, Kiran Bedi, Mahasweta Devi, Aruna Roy, Arun Shourie, M.S. Swaminathan, Anna Hazare and Arvind Kejriwal.

As a matter of fact, Modi did not congratulate Sanjiv Chaturvedi, the Indian bureaucrat who won the Ramon Magsaysay Award in 2015, after more than a decade of challenging the political establishment in India, and exposing corruption despite multiple transfers to dead-end posts.

What Chaturvedi, Wilson and Krishna have in common is that they have all been critical of Modi and his government. It would indeed be unfortunate if the PM’s conspicuous silence is even in parts motivated by their criticism.

Wilson suspects that he hasn’t heard from the Prime Minister because he knocked his Swachh Bharat Abhiyan scheme on the grounds that using dry latrines would still require manual scavengers to clean them, and he has criticized the condition of Dalits under the BJP dispensation.

“He has not contacted me,” Wilson told HuffPost India.

Krishna has also been a vocal critic of Modi, accusing his regime of intolerance, and questioning his silence in the wake of Mohammad Akhlaq’s lynching. “Words, strong and emotional words come to you easily. So why do we need to shout and scream for a few sentences about a man who was lynched for allegedly consuming beef?” he wrote in an open letter.

Chaturvedi, who was removed as the Chief Vigilance Officer at AIIMS in August 2014 by then Health Minister Harsh Vardhan, has criticized the Modi government forpolitical interference in administrative work, and for humiliating officers.

Krishna told HuffPost India that he would be extremely “saddened” if Modi’s silence was connected to his criticism of the Prime Minister. “I really hope that is not the reason. The Prime Minister should welcome different opinions and different thought processes in a democracy. The government should appreciate different points of view,” he said.

Not only has Wilson criticised Modi’s policies, but the 50-year-old activist toldHuffPost India that he had turned down the government’s suggestion that he apply for the Padma awards. The activist said that he couldn’t accept any award from the Indian government as long as the Indian Railways continued to use manual scavengers to clean railway tracks.

While Wilson has dedicated his life to the eradication of manual scavenging, which the Dalits have been saddled with for centuries, Modi’s views on the subject have undergone quite a transformation. The PM may have called for an end to manual scavenging in his radio address in April, last year, but it wasn’t too far back that he thought of it as a “spiritual experience” for Dalits.

Wilson said that he doesn’t care whether Modi compliments him on his award, but it was important for the PM and his government to acknowledge the cause for which he has been fighting, and which had been recognised by the international community. “I’m not expecting any appreciation, but he must hear the voice of those for whom the award has been received,” he said.

Krishna said that at the very least Modi should have shared Wilson’s “unprecedented” achievements in improving the lives of Dalits with the rest of the country. “If anything, this country should celebrate that human being,” he said.http://www.huffingtonpost.in/2016/08/03/why-has-pm-modi-has-not-congratulated-indias-magsaysay-award-wi/

Alwar police take away Muslim dairy farmer’s 51 cows
Six wealthiest countries host less than 9% of world's refugees
Condemn The Arrests Of Civil Libertarians, Students And Others In The Garb Of Maoists In Kerala
On #RepublicDay, #Endosulfan victims launched an indefinite hunger-strike against Kerala govt