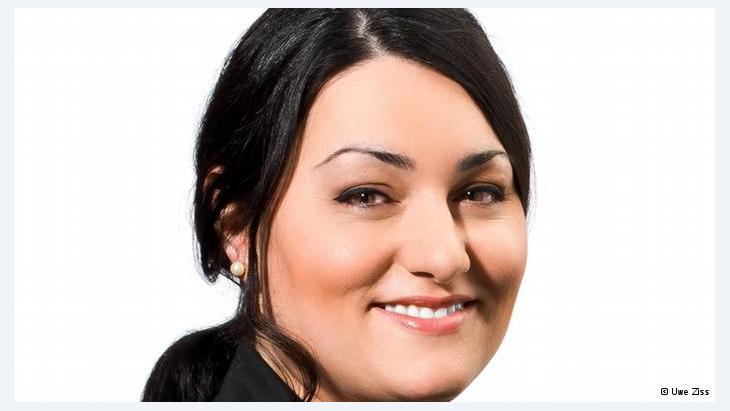 Does the Koran really demand that women wear headscarves? Or is it mainly older men who claim they can decide how women should dress – with no theological foundation whatsoever? For the Islam scholar Lamya Kaddor, there is no question about it: the headscarf is obsolete

​If I as a Muslim woman living in Germany ask myself whether I should wear a headscarf or not, that gives rise to the question of whether the additional head-covering called for in the Koran (33:59) still fulfils its original purpose of protecting women from male desire. My answer is: no. In contemporary Germany such covering-up no longer serves that purpose. It is even more likely to bring about the opposite of what God intended by exposing wearers of headscarves to discrimination.

Today the intended protection against ‘annoyances’ is provided by a well-functioning legal system rather than by adherence to social rules from the past. A free state based on the rule of law protects a woman, for example by punishing attacks on her person. This protection may be primarily concerned with bodily integrity, but people in a modern state are more than ever responsible for themselves with regard to the freedoms accorded – including in the realm of moral integrity. Covering my head cannot relieve me of that responsibility. I cannot hide myself behind a little piece of cloth. A free and democratic state grants rights and also imposes responsibilities. In such circumstances I can behave honourably with and without a veil or head-scarf – or not, as the case may be.

A ‘fashion accessory’ from Koranic times?

If this argument is accepted, one can also abandon the Koranic demand for additional covering, directed towards women in Early Arabic tribal society. What would still initially remain is the khimâr, the head covering that was part of women’s clothing at that time. The Koran neither speaks against nor in any way emphasises that form of covering. God uses the word only once in the Koran (24:31). That occurs in passing in connection with a call for moral behaviour. So there is no Koranic emphasis on such head covering. However, if God had required a special head covering, would He not have said so explicitly? The khimâr thus merely constitutes a ‘fashion accessory’ according to the spirit of that age. Viewed rationally, functions consciously or unconsciously associated with head coverings across the course of history – such as protection against sand or evil influences – are all superannuated today and have lost their validity. People’s powers of imagination have changed.

“Sura 24:30-31 calls on both men and women to behave chastely, but exegesis of the Koran up to the present day only puts the emphasis on chaste behaviour for women,” Kaddor writes

In the Germany of the twenty-first century – at the very latest – women’s hairstyles are no longer per se an erotic stimulus. The sight of head-hair no longer provokes sexual fantasies and thus immoral behaviour – except perhaps among fetishists. When you walk along a city’s pedestrian precincts no one turns to look at you because of your hair. Only if you dress provocatively or in a particularly original way, and behave accordingly, do you attract some attention. In addition, this isn’t a male world that still thinks as it did a thousand or more years ago. Thanks to the achievements of a free and democratic state, and thanks to the prevalent understanding of relations between the sexes, you no longer necessarily need a head covering in order to live morally. The headscarf has become obsolete.

Today’s orthodox comprehension of the obligation to wear a head covering is primarily based on the interpretations of scholars who lived several generations after the Prophet Mohammed. One can follow their judgements but they are not sacrosanct. As human beings all scholars are fallible. Conservative and fundamentalist circles constantly emphasise that our behaviour should follow the Koran and the Prophet. Their spokesmen maintain that this directly accords with what was laid down during the Prophet’s lifetime and the initial period of Islam.

The depiction of the headscarf as a unifying element within the Muslim community is not well founded, Kaddor argues

However in reality this view is mainly based on the ideas of scholars who lived some 600 (!) years later – such people as Ibn Qudâma (d. 1223), Ibn Taymîya (d. 1328), or the latter’s pupil Ibn Qayyim al-Jawzîya (d. 1350). Bearing in mind the patriarchal social structures of that time, it is unsurprising that interpretations of sources concerning relations between the sexes were usually unfavourable for women – even though that contradicts a striving (to be found throughout the Koran) towards improving women’s situation. That tendency is even less surprising if one recalls the misogyny demonstrated by many scholars throughout the history of Islam. Linking shame and a head covering is by no means as self-evident as it seems. Sura 24:30-31 calls on both men and women to behave chastely, but exegesis of the Koran up to the present day only puts the emphasis on chaste behaviour for women.

Nevertheless, the Koranic injunction to dress in a way that is generally demure remains a religious demand, to be fulfilled by wearing ‘appropriate’ clothing. A woman believer sees this as signifying that all those parts of the female body which nowadays excite the idea of possible sexual contact should continue to be ‘properly’ concealed beneath the kind of clothing usual today. What is entailed in ‘proper’, ‘appropriate’, or ‘decent’ is left to the reasonableness of every mature woman citizen, since at present there are no specific directives based on Islamic sources. In prevalent practice, it is mostly older men – learned or unlearned – who assume the right to determine how a woman should appear, but there is no theological or sociological foundation for this.

A similar situation prevails regarding evaluation of the headscarf as a token of Islamic faith. Such a function cannot be demonstrated in the history of Islam. The depiction of the headscarf as a unifying element within the Muslim community is not well founded either. In addition, its function as a political symbol, so frequently evoked in public discussions today, also constitutes a historically unfounded inflation of the significance of this item of clothing. This has occurred only in recent decades, as an element in the opposition to Western influences within the Islamic world.