The government order presumes people are so addicted to their mobile phones that they will not risk getting them deactivated.
by  Ajaz Ashraf 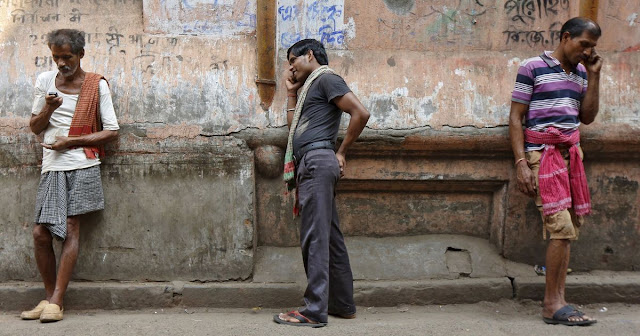 Rupak De Chowdhuri | Reuters
It is astonishing to see citizens always turn to the judiciary to safeguard their rights. It is even more so because our leaders, decades ago, popularised the idea of Satyagraha or non-violent resistance. What ought to be the last recourse has now become our default mode, our first impulse.
It is a truism that citizens can best protect their rights from state infringement through collective action. Their apathetic attitude to citizen solidarity explains, at least partially, why the state cavalierly issued the diktat to mobile phone users earlier this year to link their connections to their Aadhaar numbers or have their services terminated.
No qualms about violating an individual’s privacy, no fear that telecom operators could use the data for commercial and other benefits.
The state can behave so imperiously because it presumes that a popular blowback is unlikely. Sure, conscionable citizens will appeal to the judiciary, as it indeed has been done in what is called the Aadhaar matters, but the state boasts such formidable resources to battle legal challenges that a set of individuals could never hope to match.
In addition, there is always the possibility that the challenge to the state’s order to link Aadhaar to mobile phone numbers could be set aside. This is why it is sagacious to think of ways to persuade the state to withdraw the order rather than to wait for the judicial verdict. Some might say it is perhaps too late to think of these methods, but citizen solidarity will certainly make the state pause and think whenever it tries to shrink the rights of citizens next.
Doing it the Polish way
One such method could be to use the mobile phone as a weapon. Might it not be a good idea for mobile phone users to switch off their devices, say, for 30 minutes to express disquiet at the peremptory order to link their numbers to Aadhaar? As a gesture of protest, even 15 minutes would do, as long as the time for switching off mobile phones is synchronised across India.
Why would 15 minutes or 30 minutes of protest ruffle the state? The history of protests against the state tells us gestures of protest, regardless of their duration, matter inordinately. Take Poland.
When the Polish dictator General Wojciech Jaruzelski imposed martial law on December 13, 1981, the chocking of free flow of information predictably followed. Both the press and television dished out government propaganda dressed up as news. Tired of the government’s spin, a Pole in the town of Swidnik placed his television set on the windowsill and went out for a stroll at 7.30 pm, which was when the news would be televised.
His example was soon to be emulated by others in Swidnik, which had a population of 40,186 in 2012. The entire town would be out for a stroll at 7.30 pm. Of that protest, The New York Times reported:
“‘Every evening, precisely at 7.30, people just left their houses and began walking up and down the streets,’ said one source. ‘The protest snowballed. After a couple of days it seemed that everyone in town was out there. TV Sets Placed in Windows. People just walked their dogs, met each other, exchanged gossip. Some people put their TV sets in the window with the screen facing out so that everyone would know they weren’t watching it.’”
Swidnik’s protest is cited in researcher Hania M Fedorowicz’s The War for Information: The Polish Response to Martial Law, a paper that NDTV India anchor Ravish Kumar mentioned in the telecast beamed on the day the government raided the proprietors of the news channel. The protest at Swidnik spread to the larger city of Lublin, just 10 km away. And yes, the “walking protest”, as it was called, would last just 30 minutes.
Yet, symbolically, it was powerful enough to provoke the government to cut off electricity and water supply at 7 pm and impose limits on people moving outside their houses. These measures underscored “how effective society could be in demonstrating its independence from official mind-control”, Fedorowicz writes. In India, obviously, the diktat to link Aadhaar to mobile is not about mind control but, presumably, creating big data open to mining for a variety of purposes.
Poland’s civil society also established underground radio broadcast with the aim of “removing as large a public domain as possible from the government’s control”, writes Bartłomiej Kaminski in The Collapse of State Socialism: The Case of Poland. In its inaugural broadcast on April 12, 1982, the underground service “urged people to express their solidarity against martial law by switching off lights for 15 minutes at 9 0’ clock the next evening.” Another form of protest was not to buy newspapers, printed and published by the government. 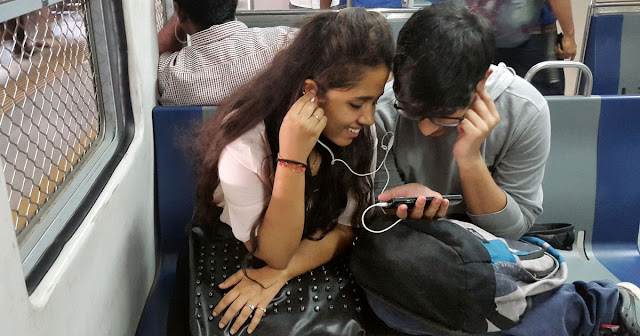 Photo: Indranil Mukherjee / AFP
Mobile phone as weapon
Whoever thinks a protest lasting 30 minutes or 15 minutes is bound to be ineffectual needs to think again. It was through these measures that the people of Poland overcame their fear of martial law and the concomitant curbs imposed on them. Indians need to overcome their addiction to mobile phones to protect their rights, including privacy.
Indeed, the state’s Aadhaar strategy relies on exploiting the veritable epidemical addiction to mobile phones – India is inching towards 730 million mobile phone users, of whom 340 million possess smartphones. It is now a habit to want to be 10 digits away from children, old parents and friends. There are sites to visit, a video to watch, a meme to guffaw over, and a WhatsApp conversation to indulge in… We become anxious and apprehensive without mobile connectivity.
The Aadhaar order presumes that people are so addicted to their mobile phones that they will run to the telecom kiosk around the corner. Fanning this anxiety are incessant messages from telecom service providers asking people to link Aadhaar to mobile. As a technique, it emulates the method the British colonial master employed to hook the nation to tea.
A tale told by my grandfather, who heard it from his father, was that once tea was brought to India, companies producing it sent representatives from village to village to teach people how to brew tea, and gave them packets of it for free. Down the years, tea came with a price tag.
It is our addiction, our habit, which has rendered us vulnerable to the state’s order on Aadhaar. It may sound rich to talk of privacy in a country where people sleep on pavements or are packed 10 to a room. But Aadhaar is not just about privacy – it is about the state’s attitude towards citizens, its tendency to overwhelmingly reorder the public domain without a thought for the rights of citizens.
This is why we need to initiate a movement that requires people to switch off their mobile phones for 15 minutes or 20 minutes or 30 minutes or whatever. In an era in which hashtags dominate, might we not name the movement
#Nomobilefor15minutes?
We welcome your comments at [email protected]