Why is Sweden closing its #Prisons ? #humanrights

Sweden’s prison population has dropped so dramatically that the country plans to close four of its prisons. What lessons can the UK learn?

Swedish prisons have long had a reputation around the world as being liberal and progressive. So much so that in 2005 even Saddam Hussein requested to be transferred to a Swedish prison to await his trial – a request that was rejected by the Swedish authorities. But are the country’s prisons a soft option?

The head of Sweden’s prison and probation service, Nils Oberg, announced in November that four Swedish prisons are to be closed due to an “out of the ordinary” decline in prisoner numbers.

Although there has been no fall in crime rates, between 2011 and 2012 there was a 6% drop in Sweden’s prisoner population, now a little over 4,500. A similar decrease is expected this year and the next. Oberg admitted to being puzzled by the unexpected dip, but expressed optimism that the reason was to do with how his prisons are run. “We certainly hope that the efforts we invest in rehabilitation and preventing relapse of crime has had an impact,” he said.

“The modern prison service in Sweden is very different from when I joined as a young prison officer in 1978,” says Kenneth Gustafsson, governor of Kumla prison, Sweden’s most secure jail, situated 130 miles west of Stockholm. However, he doesn’t think the system has gone soft.”When I joined, the focus was very much on humanity in prisons. Prisoners were treated well, maybe too well, some might say. But after a number of high-profile escapes in 2004 we had to rebalance and place more emphasis on security.” One of those escapes was made by a man called Tony Olsen, serving life imprisonment for shooting dead two police officers, from a maximum security prison in collusion with a prison guard. The then director general of the prison service was forced to step down.

Despite the hardening of attitudes toward prison security following the escape scandals, the Swedes still managed to maintain a broadly humane approach to sentencing, even of the most serious offenders: jail terms rarely exceed 10 years; those who receive life imprisonment can still apply to the courts after a decade to have the sentence commuted to a fixed term, usually in the region of 18 to 25 years. Sweden was the first country in Europe to introduce the electronic tagging of convicted criminals and continues to strive to minimise short-term prison sentences wherever possible by using community-based measures – proven to be more effective at reducing reoffending.

According to the UK Ministry of Justice, the highest rate of reoffending within a year of release among adults is recorded by those serving 12 months or less. The overall reoffending rate in Sweden stands at between 30 and 40% over three years – around half that in the UK. One likely factor that has kept reoffending down and the rate of incarceration in Sweden below 70 per 100,000 head of population – less than half the figure for England and Wales – is that the age of criminal responsibility is set at 15. In the UK, children aged 10-17 and young people under the age of 21 record the highest reoffending rates: almost three quarters and two thirds respectively – a good proportion of whom go on to populate adult jails. Unlike the UK, where a life sentence can be handed down to a 10-year-old, in Sweden no young person under the age of 21 can be sentenced to life and every effort is made to ensure that as few juvenile offenders as possible end up in prison. 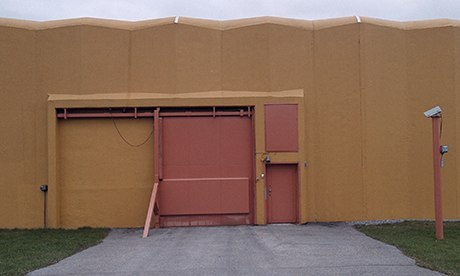 One strong reason for the drop in prison numbers might be the amount of post-prison support available in Sweden. A confident probation service – a government agency – is tasked not only with supervising those on probation but is also guaranteed to provide treatment programmes for offenders with drug/alcohol or violence issues. The service is assisted by around 4,500 lay supervisors – members of the public who volunteer to befriend and support offenders under supervision. There is no equivalent in the UK.

When I tell Gustafsson that Chris Grayling, Britain’s justice secretary, recently announced that inmates in England and Wales are to be made to wear prison uniforms and have limited access to television, he laughs. “[Politicians] keep their fingers away from us. We are allowed to get on with our jobs without any interference.”

He talks about broader goals and objectives for the Swedish justice department: “This year and next year the priority of our work will be with young offenders and men with convictions of violent behaviour. For many years we have been running programmes to help those addicted to drugs. Now we are also developing programmes to address behaviours such as aggression and violence. These are the important things for our society when these people are released.”

I spoke to a former prisoner who now runs a social enterprise called X-Cons Sweden. Peter Soderlund served almost three years of a four-year sentence for drug and weapons offences before he was released in 1998. He was helped by a newly formed organisation run by former prisoners called Kris, (Criminals Return In Society). For some years he worked to help build Kris until 2008 when, following organisational disputes and conflicts, he left.

“The big difference between Kris and us is that we are happy to allow people who are still taking addiction medications to join us,” he says. Both organisations work with the same goal: helping prisoners successfully reintegrate into society after they have been released. And what is life like for the prisoner in Sweden? “When I was inside I was lucky. In Osteraker prison where I served my sentence the governor was enlightened. We were treated well. But I knew that not all Swedish prisons were like that. I met so many people in there who needed help – after I received help from Kris I knew I wanted to help others. With X-Cons, we meet them at the gate and support them into accommodation and offer a network of support.”

Could it be, though, that the Swedish public is losing its appetite for genuine rehabilitation for prisoners? “In Sweden we believe very much in the concept of rehabilitation, without being naive of course,” says Gustafsson. “There are some people who will not or cannot change. But in my experience the majority of prisoners want to change and we must do what we can to help to facilitate that. It is not always possible to achieve this in one prison sentence.

“Also it is not just prison that can rehabilitate – it is often a combined process involving probation and greater society. We can give education and training, but when they leave prison these people need housing and jobs.”