Why JNU Professor Kamal Mitra Chenoy Is Under BJP Fire 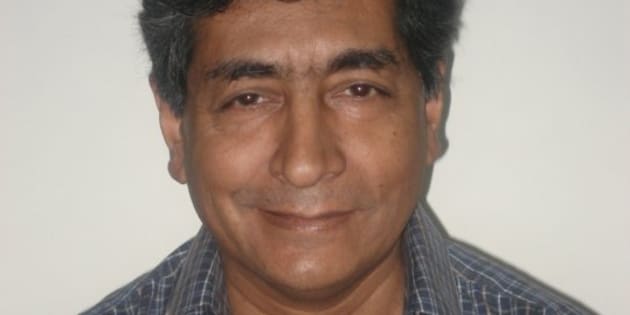 A prominent JNU professor and a vocal critic of the Bharatiya Janata Party (BJP) has been asked to explain by the government why he called the Narendra Modi-helmed ruling party “anti-Muslim” and referred to the Gujarat riots deaths as “genocide”.

The complaint was filed against Professor Kamal Mitra Chenoy for criticizing BJP and Modi on Al Jazeera TV, by Satyapal Singh, a former Police Commissioner of Mumbai who later went on to become a BJP Lok Sabha MP from Uttar Pradesh. Singh accused Chenoy of making anti-India comments.

A report by the Telegraph said Chenoy agreed that he had criticised the BJP and Modi and cited his freedom of speech to do so. He questioned why Modi did not visit Palestine on his trip to Israel.

In July, Singh filed the complaint with parliamentary affairs minister Ananth Kumar who then forwarded it to HRD minister Prakash Javadekar. It was then sent to JNU registrar Pramod Kumar and Chenoy was asked to explain why he said what he did, according to the paper.

Chenoy is a supporter of the Aam Aadmi Party and had campaigned in Varanasi against Modi during the 2014 elections. He had also been vocal against central schemes, including Aadhaar.

“For quite some time activists have been increasingly worried about the growing linkage of the Aadhaar card with several other documents from bank cheques, ration cards, MGNREGA cards, bank accounts, generally the most important document for documentation, and so on. It has become the Indian document par excellence for identification.

“Activists including Jean Dreze, Reetika Khera, Aruna Roy have questioned the staggering validity and reach of the Aadhaar, and the possible misuse for a large variety of purposes. In the privacy judgement of the Supreme Court this aspect was not raised,” he wrote for The Citizen in a column titled, ‘Need for Sudhaar Not Aadhaar’.

In a Facebook post on Saturday, Chenoy criticised what he called a “sustained attack on JNU” citing victimisation of students.

“Why this sustained attack on one of the top two universities in India? Because the ruling party does not want to encourage fearless debate and study, while the Hindutva VC is systematically working to dismantle this university. It is a contest between Hindutva and secular progressive nationalism. It is time that the public intervened,” Chenoy wrote in a public post on Facebook.