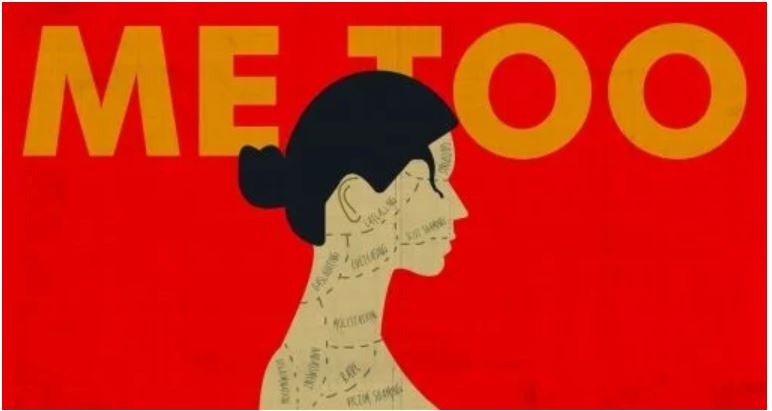 In cases of sexual violence, power is a big factor at play. And unless we realise how this power plays out in everyday situations, we can keep harping – “Oh but why didn’t she speak sooner.” 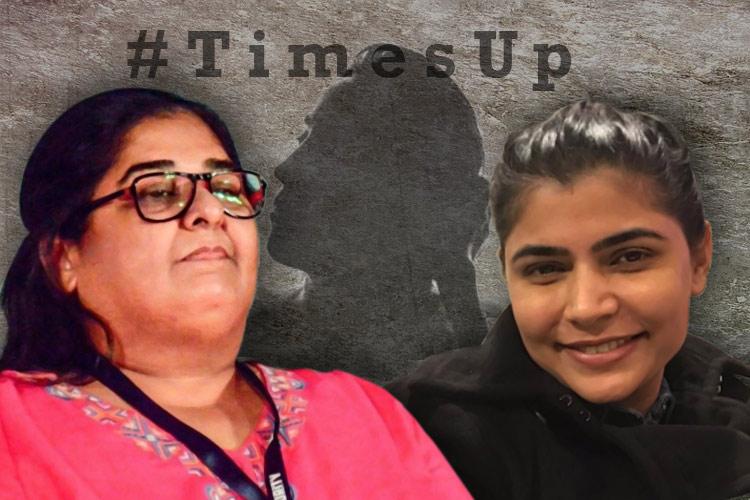 Nandhini* was on the lookout for a job in 2009, when she made the acquaintance of a senior journalist in Hyderabad. The man was a big name in news television and told her that he would help her with leads. The news that Nandhini had outed a predator in the organisation where she was working had spread, and the then-21-year-old was desperately looking to get a new job as the environment in the newspaper she worked with was getting uncomfortable. The senior television journalist added her on Facebook, praised her courage for outing her predator, and on the pretext of setting up a meeting with his wife – also a senior journalist – he took her to his house and sexually assaulted her.

“When we went up to his house though, I realised that the door was locked. I got uncomfortable and said I will come back later. He said his wife must have stepped out to pick up their daughter, and asked me to come in and sit down. This man then went into the kitchen to get some water. When he came out, he had unzipped himself and had his penis out. I was frozen, shocked and scared, and got up to leave. He held my hand pushed me down on the sofa and forced me to give him a blow job, even as I was crying,” Nandhini says, “He then threw a box of tissues on me, asked me to clean up and get out of the house.”

“When the incident happened a decade ago, I was too shaken and shocked to process it. All I felt was shame,” Nandhini tells TNM, “Since I had just gone through the trauma of being harassed at my then workplace and being stigmatised for having raised my voice, I felt that if I spoke up about the assault I would be shamed again.” The journalist who assaulted her also made her believe that no one would trust her if she spoke up. “He told me no one would believe me because many in the media circles thought I was ‘off’. I guess I believed that and didn’t want to put myself through another round of being stigmatised, so I did not reveal what happened to anyone,” she says.

“I thought this was the best thing to do for self-preservation. Now I know it’s this culture of silence that allows men to get away with impunity and predatory behaviour,” Nandhini says, days after she spoke up about the assault for the first time in a #MeToo post. In the last decade, the journalist – and his wife – have only grown more powerful in the industry, and while she has heard whispers of his misconduct with other women, he has not faced any repercussions for his behaviour so far, she says.

Like Nandhini, many women who face sexual abuse, assault, and harassment don’t report it or speak up about it immediately after it happens for many reasons. In many cases, there is a power differential between the survivor and the perpetrator; survivors risk losing their livelihood if their perpetrator is a powerful man in the same industry, and for many women, redressal mechanisms are not immediately apparent.

Singer Chinmayi, who has accused prominent Tamil lyricist Vairamuthu of misbehaving with her, says there is a conspiracy of silence that women are forced to follow. “When it first happened, I told my mother about it – and in the course of several years after that, I have told some other people too about how he misbehaved with me; so in these discussions, others have told me that he has behaved inappropriately with them as well – but we’re in a culture where women are told to not speak out about these things,” Chinmayi tells TNM.

“Maximum – we share with our ‘girl gangs’ about who is a pervert. That women must take care of themselves around certain men. We’re not in a society where we are encouraged to speak up about sexual harassment,” she adds.

“We are conditioned from childhood to hush up when something bad happens,” Nandhini says, “An uncle touches you inappropriately and you tell your parents, and parents hush you up. They either don’t believe you, or believe you and worry too much about you being tagged ‘violated’. In schools too, there is very little conversation on consent, safe touch, unsafe touch – and somehow, girls and women are brought up to carry the burden of shame that isn’t theirs.”

Reason 2: ‘No real mechanisms for redressal’

Veteran Bollywood writer-producer Vinta Nanda, who recently accused actor Alok Nath of rape 19 years ago, tells TNM that when the crime happened, such behaviour was so normalised there was rarely a question of seeking redressal.

“It was not considered ‘wrong’ anyway, so what will you go and report?” she asks, “Now there is a provision for ICCs (Internal Complaints Committees for sexual harassment) – back then there were no platforms for redressal. So, who would I go to?”

Going to the court, Vinta says, is a process that not many women can afford – both financially and in terms of time. “It’s only in the last month that ICCs are being set up in the film industry. Before there were ICCs, where could we go? Going to court would take our life away. I did not feel empowered to speak up 20 years ago,” she says.

Reason 3: ‘When the man is powerful, no one believes you’

“More than anything else, the man who misbehaved with me was very powerful,” says Chinmayi, “so there was fear.”

“In many cases, coming out means losing all the support you have, if the man you’re accusing is powerful,” Vinta explains.

In Nandhini’s case, the man in question has already displayed how he will react when someone accuses him. “When another woman came out with her #MeToo story about him, his wife decided to intimidate her, and he decided to shame her in a statement,” Nandhini says, explaining why she has chosen to not reveal her identity. The day she made her #MeToo statement was the first time Nandhini spoke out about the assault to anyone – the first instance she has acknowledged the assault. “Reliving my trauma is difficult enough,” she explains.

Nandhini says that among the many disgusting things the senior journalist said when he assaulted her, was, “Glad you were upper caste, no way I would let anyone else touch my penis.”

The very fact that most of the voices that have been heard in this wave of the #MeToo movement in India points to how much more difficult it is for marginalised women, men, and non-binary folks to speak up. As former Miss India and actor Niharika Singh said in her #MeToo statement, shared by journalist Sandhya Menon, “Violence against women may be a common feature faced by all women in India, but there is no denying the fact that certain kinds of violence are customarily reserved solely for Dalit women. More so for those who assert themselves and reject caste and patriarchal domination. While crimes against upper caste women are taken seriously and elicit more empathy, violation of rights of Dalit women and the injustice meted out to us has an excruciating long history. Statistics show that crimes against Dalits have risen by 746% in the last one decade. A Dalit atrocity is committed every 15 minutes and six Dalit women are raped every day. Most cases are neither registered nor acted upon and the perpetrators go scot-free.”

“We need to create safe spaces for everyone – whether they have support systems in their industry or they are outsiders. Only then can women feel empowered to speak out and seek justice,” she adds.

Chinmayi says that it’s only when there is more dialogue that people will feel confident about speaking out. “We as a society are in a constant state of denial that something like this can even happen,” she says, “We need to understand that it’s possible that an extremely talented individual could also be a sexual predator. It’s possible that someone who’s work we have really loved is a sexual predator. We, as a society, need to figure out how we’re going to treat someone whose work we love, admire and respect – but the man has personal failings.”

“If the culture of silence needs to stop, then hear us survivors out.  Without shaming us. Without judging us,” says Nandhini.

Most importantly, we need to dismantle power structures that enable such sexual violence, as Niharika Singh said. “It’s time to realize that the pompous, neoliberal, savarna feminism is not going to liberate anyone. Unless the Savarna feminists dismantle the same power structures from which they have benefitted, women in this country will continue to be gaslit, exploited and maligned; their dreams thwarted, voices silenced, bodies assaulted and histories erased. The selective outrage of the supposed ‘liberals’ and ‘Indian leftists’ benefits only their convenience, and we most note that it finally took a Dalit student, Raya Sarkar in academia and a beauty pageant winner, Tanushree Dutta, to burst the Bollywood bubble while they silently looked on for years.”