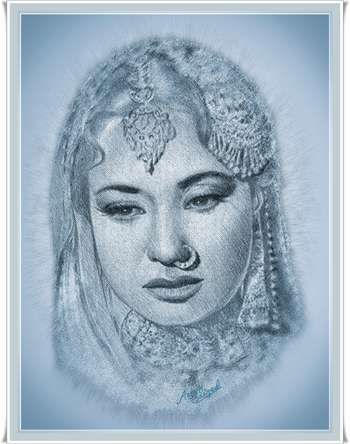 The Mother India actress wrote a piece on Meena Kumari’s death in 1972 which was published in an Urdu magazine. Excerpts from a translation by Yasir Abbasi

Happy Birthday. Wishes for your wedding. Happy Diwali. Eid Mubarak. I have often offered as well as received these wishes on numerous occasions. But… “Congratulations on your death” I have neither heard nor said this earlier. Meena, today your baaji [elder sister] congratulates you on your death and asks you to never step into this world again. This place is not meant for people like you… Meena always called me ‘baaji’. It’s so strange that despite being in the same profession and staying not too far away from each other, we didn’t meet for several years… One day I received a call from my husband who was away in Madras shooting for Main Chup Rahungi. Since it was going to be a long schedule, he asked me to come over with the kids. I reached Madras with Sanjay, who was two and a half years old then, and Namrata, who was barely two months old. Meena’s room was close to ours. Accompanying Meena was her sister Madhu and also Baqar Ali (Kamal Amrohi’s assistant)… She greeted me as soon as she saw me and said, “I have great regard for you and I hope you won’t mind if I call you ‘baaji’.” An instant friendship developed between us.

Once, Dutt saheb wanted to go out for Chinese food and an invitation was extended to Meena too but she said that she was tired after the day’s work and had already eaten early. She also offered to take care of the kids while we were away.

When we returned at 11 o’clock, the kids’ nanny informed us that both the children were still with her. Entering her room quietly, I saw both of them asleep on either side of Meena. The nanny told us that Meena had duly tended to all the duties — from taking Sanjay to the toilet to changing Namrata’s nappies and from preparing their feeding bottles to singing them loris… We didn’t meet for several days after that but one night I saw her walking in the garden of the hotel. She was panting and when I asked her the reason, she said, “Baaji, I eat tobacco and sometimes that results in palpitations.”

“Meena, this is not due to tobacco,” I told her. “You look very tired. Why don’t you rest for a while?”

“Baaji, resting is not in my destiny. I will rest just one time…”

That night there was some noise in Meena’s room — sounds suggestive of violence. Next day we came to know that she wasn’t feeling well and would not report for work. Once Sunil had left, I went to her room. Her eyes were swollen and I could sense that she had cried a lot… I caught hold of Kamal saheb’s secretary Baqar and spoke to him in direct terms, “Why do you people want to kill Meena? She has worked enough for your sake… For how long is she going to feed you?” Baqar saheb replied, “Baby (Nargis’s nickname), why don’t you understand? When the right time comes, we will rest her…”

We couldn’t meet for a long time once we were back in Bombay… but one day I heard that she had walked out of Kamal saheb’s home and had started living in Mehmood’s house (Mehmood was married to her sister). Meena had a showdown with Baqar on the sets of Pinjre Ke Panchhi and matters got so turbulent that she did not step into Kamal saheb’s house again… The stories about her alcoholism had begun to surface… Soon enough, excessive consumption of alcohol had weakened her liver and she was down with jaundice. When I visited her at Saint Elizabeth Nursing Home, I was careful that I didn’t mention anything that could embarrass or hurt her… Then, mustering some courage I added, “Manju (Meena’s nickname), you are free, but of what use is such freedom when you are bent upon killing yourself ?” She replied, “Baaji, my patience has a limit. How dare Kamal saheb’s secretary raise his hand on me? When I got the incident communicated to Kamal saheb, I thought he’d come running and immediately fire Baqar, but he said, ‘Come home and I will decide things here.’ What was there for him to decide? Now it’s me who has decided to not go back to him…”

This was the most beautiful phase of her life. However, the good times were short-lived as a misunderstanding resulted in the two of them drifting apart. Dharmendra walked out of her life and left her heart-broken. She couldn’t cope up with the loss and hit the bottle… She would say, “Baaji, solitude is my destiny. I do not pity myself and neither should you.” Slowly, Meena started to inch towards death.