In his collection of essays, Memory in the Age of Amnesia, Mirza has described fascism as a state of mind.

“The problem with fascism is it doesn’t come only dressed in black shirts or khaki shorts. It is a state of mind. That’s where the battle of 2019 will be. It is a state of mind. The challenge will be to get together those kinds of parties which genuinely stand for the Constitution and on which you can build a force that can take on the BJP. And remember you have to be careful of not just overt fascists but a lot of covert fascists as well in other parties,” says Saeed Akhtar Mirza, 74, filmmaker of powerful tales such as Albert Pinto Ko Gussa Kyun Aata Hai (1980) and Salim Kangde Par Mat Ro (1989).

In a new book called Memory in the Age of Amnesia (Westland), a collection of essays, he emphasises on the broken nature of the political system.

“Even when you win 31 per cent of the popular vote, you wonder where the 69 per cent went. The only way to build on the 31 per cent is to play on the idea of the other, play the victim, the majority that is under attack and therefore becomes a beleaguered minority. The games come into play — the demonisation of the other, enforced patriotism, creating enemies of the state, starting wars, rustling up jingoism. It’s the same damn system across the world, a bankruptcy of ideas.” 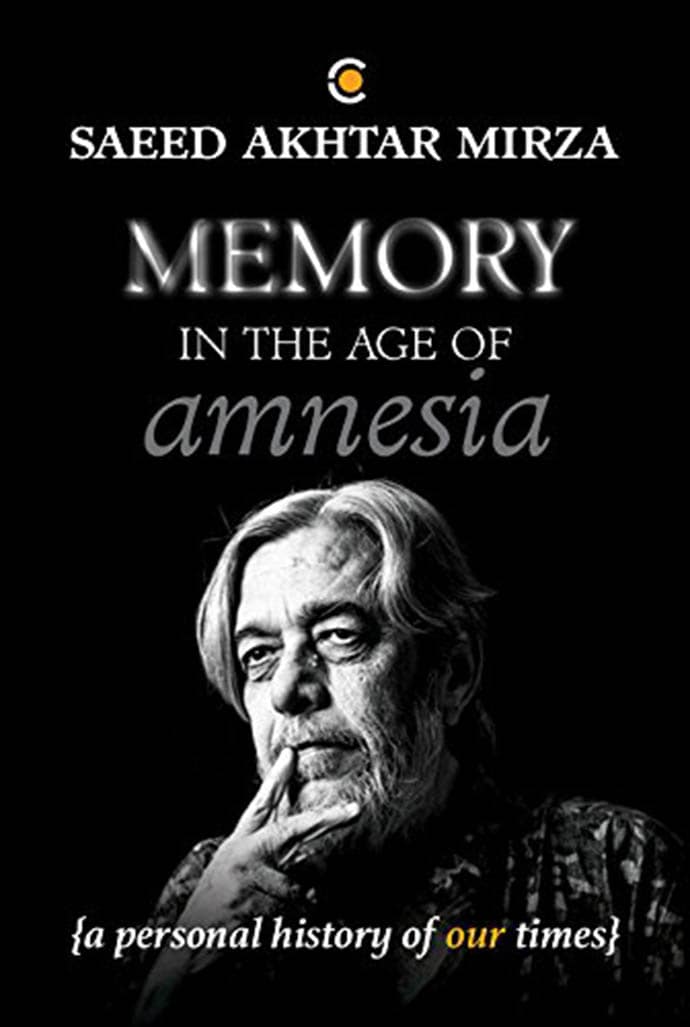 In this book, Saeed Akhtar Mirza talks about the broken nature of the political system

Which is why he feels memory is important. Not just to remember the lack of accountability and transparency in the system, right from the Nellie massacre, to the Bhagalpur blindings to the 1984 riots to 2002. But also to regain poetry as we march like lemmings towards our doom and fall off the cliff one at a time.

He is an idealist and still believes that if one retains compassion, something will emerge to save us, otherwise the future is only one of wars, vigilantism and xenophobia as more people fight for fewer resources.

It’s a struggle for everyone except the incredibly wealthy, he feels, as the anxiety over jobs spreads. It destroys the myth that education is good for everyone, because you realise it doesn’t get you anywhere. “But for things to change, we have to ask fresh questions to bring back that humanity. We don’t need Thomas Picketty to tell us the rich are getting richer and the poor are getting poorer. The liftman in my building knows it,” he says.

The frustration over shortage of jobs, homes, clean water, basic education, accessible healthcare is boiling over and has to be channelised somehwere so all kinds of animosity is being whipped up.

The Nehruvian pact, which lasted for 15 years of the republic, has failed, and the sense of purpose and poetry with which our Constitution was written has been lost, he says.

“The decline in politics and in civility cuts across all parties. Nakab utarchuka hai (the mask has come off).”

He believes his generation failed India because they were too international. 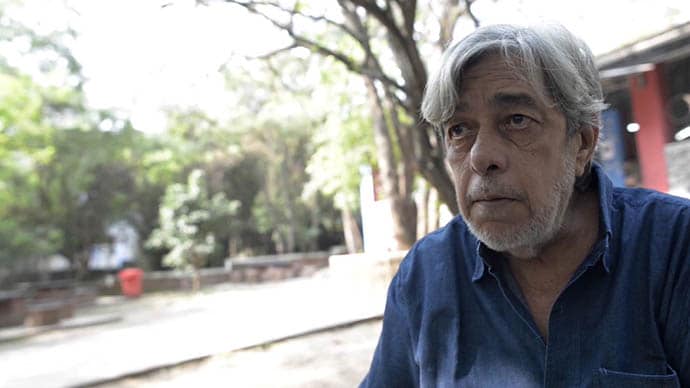 The decline in politics and in civility cuts across all parties, Mirza said.

“We fought too many battles on too many fronts. We believed the ideas that are floating around the world would find some roots in India. We read Nehru and Lohia. We should have read Ambedkar when we were young and understood the anger of the 20 per cent outside the system which was simmering with rage,” he says.

His holy trinity of go-to-founding fathers? BR Ambedkar, Maulana Azad and Jawaharlal Nehru, with a touch of poetry from the great humanist Rabindranath Tagore.

He is also in the mood for more reflection and self-criticism. He believes that the role of the intelligentsia is overemphasised. There are some who don’t want to get their hands dirty and there are others who were nurtured by the right wing and you wondered why. Well, now we know. There is a price to be paid, in integrity, in dignity, in how you view — or perhaps cannot view — yourself. And yet others, he points out, got co-opted. “They turned a blind eye to the historical role of media organisations in the Vietnam war, in the removal of Salvador Allende, in the demonisation of Muamar Gadaffi, in the role of the US in the Iraq war. America is a nation that continuously goes to war to feed the military machine. They never question that.”

The book is a collection of many of these musings. He goes from Vietnam where he meets ordinary people who remember their dead, because their country exists because of them. He examines how Syria was systematically destroyed and ISIS allowed to grow; he questions the “unspeakable horrors of the Emergency years which have still not been fully recorded; he tells the story of his first Mumbai home, Fonseca Mansion, and its multicultural ethos of live and let live”.

He chronicles living through the era of uncertainty in a “messed-up world” and wonders perhaps that “I am messed up too”. There is a story (true) of five donkeys who are arrested, one that Mirza says he loved reading in the newspaper, preferring it to the “news” about Virat Kohli’s latest tattoo and which dinner Shah Rukh Khan attended.

But my abiding memories from a wonderful book are these: Mirza stopping the car to spend some time near unmarked graves sheltered under a tree on the side of a road in Gulbarga, because they looked lonely, and halting the shoot of a temple in Ellora even though it cost him a day because some artisans had come all the way from Rajasthan to pray at the shrine their ancestors had built with their skill and craft.