Why the 2018 Nobel Prize in literature may be cancelled #Vaw 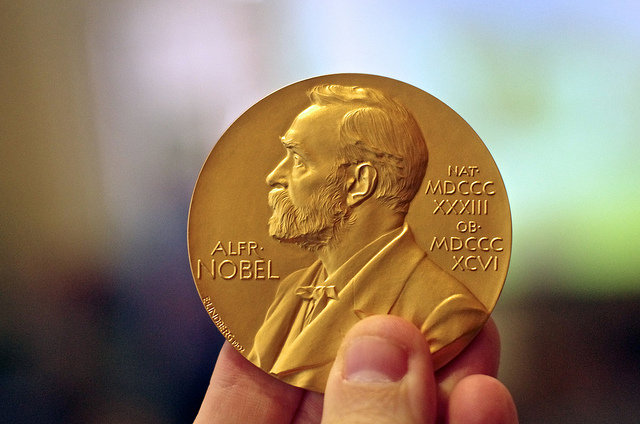 The Swedish Academy has been swamped by allegations of sexual misconduct

Literature lovers might be in for a shocker this year. The Swedish Academy is deliberating whether the Nobel Prize for literature should be cancelled in 2018. The Academy’s deliberations follow several sexual misconduct allegations, that were recently levied against an Academy member’s husband.

Following the allegations, several members resigned from the Academy, as a mark of protest. The Academy’s first woman secretary, Sara Danius, also stepped down in April, stating that she had lost confidence in the Academy.

In November 2017, French photographer, Jean-Claude Arnault, was accused of sexual assault or harassment by 18 women. Arnault is married to the poet Katarina Frostenson—a member of the Swedish Academy, the Guardian reported.

German news broadcaster DW reported that Frostenson, and her husband have significant influence over Sweden’s art world. The women claim that Arnault physically assaulted or raped them.The report by DW also mentioned that the accusations against Arnault were made between 1996 and 2017.

In the wake of the #MeToo movement, the accusations were published in Dagens Nyheter, a Swedish newspaper. According to the newspaper, Arnault would often bully his victims into silence. He reportedly intimidated victims by threatening to use his contacts at the Academy to “blacklist” them. Arnault also reportedly repeatedly leaked confidential information from meetings held in the Academy. However, Arnault has denied all allegations.

Towards the start of April, three members resigned from the Academy, over its handling of the sexual assault allegations against Arnault. The Academy’s permanent secretary, Peter Englund, along with authors Klas Östergren, and Kjell Espmark, separately resigned from the jury on April 6.

“The Swedish Academy has for a long time had serious problems and has now tried to solve them in a way that puts obscure considerations before its own statutes, which is a betrayal of its founder and patron, and not least its mission to represent genius and taste. Therefore, I have chosen to no longer take part in its activities. I’m leaving the table, I’m out of the game,” Östergren said, the Guardian reported.

In a letter to Swedish evening newspaper, Aftonbladet, Englund said: “… decisions have been made that I do not believe in and cannot defend, and I have therefore decided not to participate anymore in the work of the Swedish Academy”.

On April 13, the Academy’s permanent secretary Sara Danius, decided to step down. Danius, a literary historian, urged the Academy to prioritise ethics, and to report, and prosecute allegations of sexual misconduct.

“Caring for a legacy must not mean an arrogance and distance to society at large,” Danius told the Swedish press. In what appeared to be an attempt at reinstating new values in the Academy, Danius said that it might not be worth to preserve all traditions.

Frostenson also announced her resignation a day before Danius resigned.

What has the Academy decided?

On April 26, eleven members of the jury discussed cancelling the literature prize, but, were unable to reach a consensus.

Notable poet and novelist, Per Wastberg, who also serves as the head of the four-person panel that awards the Nobel Prize for literature, told the Guardian: “The Swedish Academy yesterday discussed the Nobel prize and came to no decision.”

“After our next Thursday meeting there will most probably be a statement on whether we will award a prize this year or reserve it for next year, in which case two prizes for literature will be announced in October 2019,” Wastberg added.

DW reported that the Academy has yet to acknowledge that “unacceptable behaviour in the form of unwanted intimacy” took place. However, the 18-seat committee was unaware about such behaviour.

A legal firm probing the incidents has reportedly prepared a report, which will be immediately submitted to the authorities.

Why you should care

Besides being highly secretive in nature, bodies like the Swedish Academy tend to have a strong imprint of tradition, which though might seem conservative to some, but, is sacrosanct to others. Perhaps, certain traditional reforms might be irrevocable, if the allegations against Arnault hold true.

The power stemming from social movements will likely be tested in this particular case. The recent conviction of American comedian Bill Cosby, proves that the #MeToo movement is far from losing its power or momentum.

However, when members of an institution like the Swedish Academy are involved, perhaps a more potent movement is called for, especially in the world of academia and art.

Former Naval Chief - ‘Mr PM, Repeal the 3 Farm Laws’
Kashmir: Let’s Call a War by its Rightful Name
“Vice-President does not salute when National Anthem is played”
Why Women Should Be Particularly Worried about the SC’s Upcoming Judgment on #RightToPrivacy