The Sangh Parivar only bothers about the voice of the upper caste sadhus and sanyasis, not farmers and labourers.

On November 25, the Sangh Parivar organised simultaneous Dharm Sansads in Ayodhya and Nagpur which marked the presence of several sadhus and sanyasis in order to chalk out a programme to build fresh momentum to push for the construction of the Ram temple in Ayodhya.

The Dharma Sansad, as the meeting was named, did not see the presence of a single farmer, labourer or industrial worker. The only people who attended the meeting were sadhus, sanyasis and Sangh Parivar members. RSS chief Mohan Bhagwat with sadhus and sanyasis at the Dharma Sansad in Nagpur. (Source: Twitter)

The farmers and labourers stayed back not because they do not worship Lord Ram, but because they have no faith in the Rashtriya Swayamsevak Sangh (RSS) and its affiliated organisations as the latter has never organised any rally or meeting on the issues concerning farmers and labourers. These organisations have never fought for the nation’s food producers, increase in wages of labourers or a casteless and egalitarian society.

Ever since it was founded in 1925, the RSS has organised hundreds of meetings of sadhus and sanyasis.

Interestingly, the sadhus and sanyasis consist only of the Brahmins and upper castes, who generally treat agrarian workers as shudras/chandals and treat their work as unworthy of respect.

It is for this reason that any movement to build a Ram temple fails to enthuse the marginalised communities.

The priests eat the food produced by the lower caste people — and still condemn them as unclean and untouchable. The spirituality of the marginalised is thus not considered valid in the Hindu fold.

The sadhus do not find it important to deal with the issues concerning farmers and labourers.

No system has been built in Hinduism that involves a gathering of all people of a given geographical area to share their social or spiritual experiences and beliefs. The Sangh Parivar has never worked towards the creation of such a system.

Arguably, they treat labouring masses as worse than mud.

This is in reality a very anti-national spiritual approach because it fails to see all people of this country as equals. This approach also flies in the face of the Constitution, which seeks to end caste-based discrimination.

World over, religions respect the food producers. God created all human beings as equals who are supposed to work and live, not to be exploited and treated as untouchables. The creation of untouchability is not God’s work, but the devil’s deed.

The RSS does not seem to think that farmers, workers and women are Indians. Hence it never raises the issues that concern the nation builders — tillers of the land, the grazers of cattle, the fishing folk, the artisans and umpteen others.

It repeatedly raises the issues that concern sadhus and sanyasis. It treats women between the age of 10 and 50 years as untouchables, a fact it has proven through the stand taken in the case of Sabarimala.

They are even defying the Supreme Court judgment in the Sabarimala case.

Around the time the Sangh was trying to build momentum around the Ram temple, a farmers rally was held in Delhi. 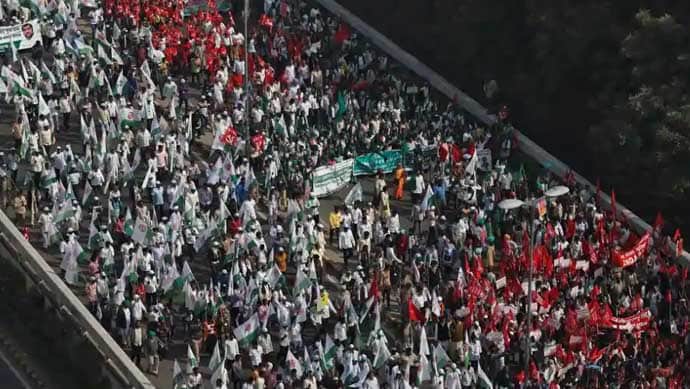 Farmers march towards the Parliament house during a rally to protest rising farm operating costs and plunging prices of their produce, on November 30. (Reuters)

The saffron BJP government at the Centre treated the meet with disdain.

Not a single sadhu or sanyasi walked with the farmers in support of their protest. They think that the national wealth should not be spent on the farmers but building temples across Indian. This is exactly what Talibani mullahs think in Pakistan, Afghanistan and other Islamic countries.

God for these forces resides only in temples and mosques, but not in the productive fields.

The RSS does not believe in intellectual reasoning. It believes in faith as the key to nation-building.

In this sphere, the organisation is competing with Pakistan. They do not want to compete with China, which is again a neighbouring country.

The Mohan Bhagwat-led RSS army thinks that if the country was to fight a war with China even now, it will win the battle by going to the Himalayan border with vegetarian food stocks and ‘Jai Sriram’ placards in the hands.

They think that they will do several hours of Yoga on the borders and then be able to defeat the Chinese. Perhaps Baba Ramdev, an exceptional OBC Yadav yogi, and Sri Sri Ravishankar, a pure Brahmin yogi, are expected to be the vegetarian Yoga commanders, who can easily defeat the Chinese army. 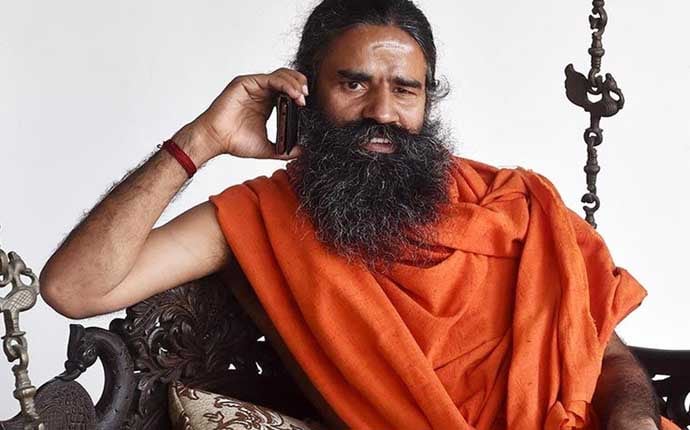 RSS expects the power of Yoga will help defeat the Chinese army if a war was to be faught between New Delhi and Beijing. (Source: India Today)

It is with this view that the RSS/BJP combination is installing sanyasis and semi-sanyasis as chief ministers of states.

If Yogi Adityanath is full, Narendra Modi himself is a semi-sanyasi, and so is Haryana chief minister Manohar Lal Khattar.

Probably the army protecting the Himalayan borders that eats both vegetarian and non-vegetarian food is not nationalist enough in RSS’ view.

We must understand that the RSS/BJP are vegetarian organisations with a view that the whole nation gradually should go completely vegetarian. They believe that once the Ram mandir is built in Ayodhya, India does not need agrarian cultivation.

Their concept of Ramrajya operates outside the framework of crop production.

The RSS seems to think that when the Arab nations can prosper without any real dependence on agrarian production, India too can do it.

They apparently think that since the Arabs could live without putting in much physical labour just because they built Mecca, they too could do so by building a Ram temple.

Arvind Panagariya of Columbia University and Arvind Subramanian of Oxford, Raghuram Rajan of Chicago University hardly understood the RSS’ economic theory before they worked with them.

To my mind, the central economic theory of the RSS is that agrarian production is anti-national. Hence the agricultural sector must be starved to death.

However, this is part of their sanyasi economics heritage. This heritage treated production as pollution and only vegetarian consumption as pure.

Even the great Hindu sociologist, MN Srinivas, certified this theory. Quite tragically, he too was from Oxford.

If RSS’ dream was to be realised, India would turn into an Arab desert and the oil wells would shift here.

There would be no food, however, to feed us. Not even the vegetarian food, whose consumption the RSS propagates.