Why the US locks up prisoners for life 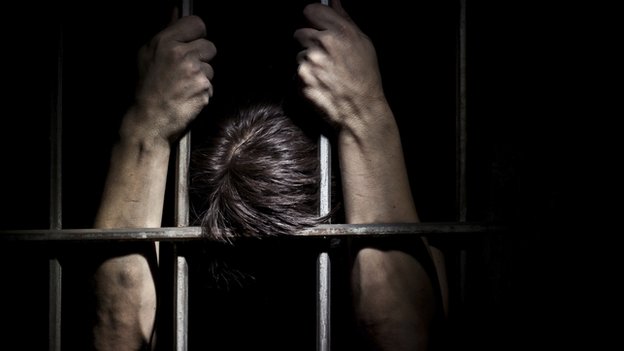 Life  prison are rare in the UK but common in the US. Why is this punishment so prevalent in the US?

That penalty means he will never be eligible for release, and it puts him in rare company, making him one of about 50 people in the UK serving such a sentence.

Had he been in the US, he would have been less of an anomaly.

That is just a fraction of those who have been given a life sentence but yet may one day win release. The Sentencing Project, a non-profit organisation that studies sentencing and criminal justice in America, estimated in 2009 that at least 140,000 prisoners in the US now serve a life sentence.

This does not include convicts given extremely long sentences with a fixed term, like the Alabama man sentenced to 200 years for kidnapping and armed robbery.

Most of them will have the opportunity for parole – though Sentencing Project Director Marc Mauer says few will receive it.

“Not only do we use life sentences much more extensively than other industrial nations, but even in the lower level of event severity, the average burglar or car thief will do more time than they will in Canada or Wales.”

The harsh sentences reveal a type of “sentencing inflation” that began in the 1980s and 1990s.

“It was almost a competition among legislatures of both parties to show how tough they could be on crime,” says Mauer.

At the same time, the sentence is thought to send a message.

“In states like Michigan where they don’t have a death penalty, this is what they have as its moral equivalent,” says Franklin Zimring, professor of law at the University of California, Berkeley.

In states that do have the death penalty, long sentences underscore distaste for crimes that do not meet the threshold for capital punishment. 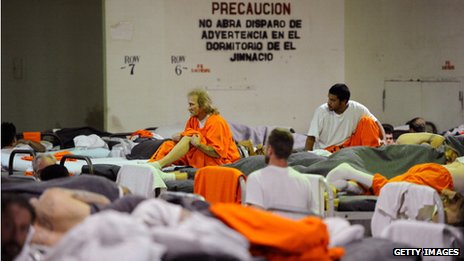 “This is a way of putting a denunciatory exclamation point in the punishment,” he says.

Politicians and other state officials are loathe to be seen as soft on crime, let alone to release an offender on parole only to have him commit another crime.

The 1993 death of Polly Klaas, a young girl killed by a recently paroled man with a long criminal history, led California to pass a “three strikes” rule mandating a sentence of 25 years to life for anyone found guilty of three felonies.

Does locking away criminals for life make society safer for everyone else?

“At some level the answer is obviously yes,” says Dan Bernhardt. “There’s no threat to safety if the prisoner is not at risk of re-offending, and a clear benefit if he is.”

“It can be grossly counterproductive,” he says. “It can discourage someone from trying to rehabilitate themselves.”

In the UK, “it is rare but not unheard of for someone on a life license to commit serious offenses,” says David Wilson, who says checks are in place to keep tabs on those who are released.

California lawmakers cite the three strikes policy as the reason for the state’s declining crime rate. But University of California, Riverside sociologist Robert Nash Parker says other factors are responsible, like the national decline in alcohol consumption.

“The drop in crime occurred all over the country, in every state. It dropped at the same time, magnitude, direction,” he says. “It can’t possibly be due to a policy in just one state.”

But now, in both the US and the UK the sentence of life without parole is coming into question.

In England, these sentences arecurrently being challenged in the European Court of Human Rights, after a lawsuit brought by three men serving whole life sentences – “a double murderer, a man who wiped out his entire family to inherit money, and a serial killer,” says Wilson.

These men, at least one of whom proclaims his innocence, argue that the denial of a parole option does not allow them to claim they have changed. They further argue that the assignment of these sentences is arbitrary – some convicted killers get them, others do not.

In the US, budget cuts have forced states to reconsider whether the practice of locking criminals up for long periods of time is cost-effective.

“Lawmakers in Illinois have made the decision to shut down a few prisons and let people out early in order to save money,” says Dan Bernhardt, professor of economics at the University of Illinois.

“There’s nothing like state budget problems to get people to see what the costs are.”

In 2012, the US Supreme Court also established that for minors, a sentence of life without parole violates the Constitution’s safeguardsagainst “cruel and unusual” punishment.

The court also ruled that prison overcrowding in California – due in part to severe sentencing and the three strikes programme – violates the same safeguards. It ordered the state to release tens of thousands of prisoners.

But action after these verdicts has been slow, as state officials continue to fight in court.

In the US, once someone has been sent to prison on a life sentence, it’s hard for him or her to get out.