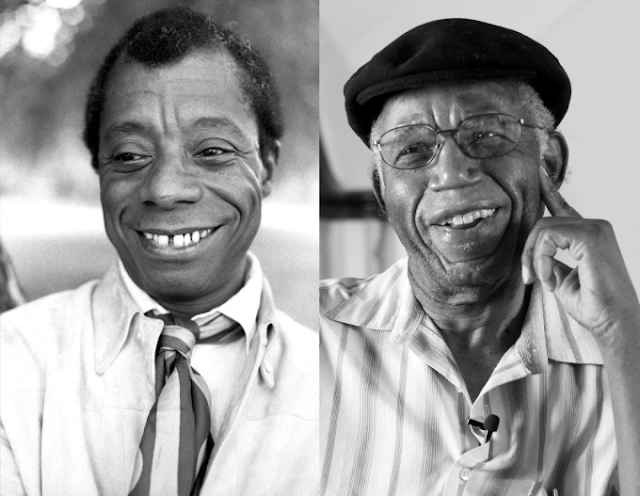 Nigerian novelist Chinua Achebe (1930-2013), acclaimed for his unsentimental depictions of the social and psychological disorientation because of the imposition of Western customs and values upon traditional African society, and American James Baldwin (1924-1987), known to have explored intricacies of racial, sexual, and class distinctions in Western society, went into an interesting conversation, went into an interesting conversation in 1980 on beauty, morality, and political power of art. Recalling the conversation, Maria Popova writes in “Brain Pickings”, an e-journal claiming to be in search for “meaning across literature, science, art, philosophy, and the various other tentacles of human thought and feeling”, says, “Those who tell you ‘Do not put too much politics in your art’ are not being honest. If you look very carefully you will see that they are the same people who are quite happy with the situation as it is… What they are saying is don’t upset the system.”
*** “Art,” Jeanette Winterson told an interviewer, “can make a difference because it pulls people up short. It says, don’t accept things for their face value; you don’t have to go along with any of this; you can think for yourself.”

On April 9, 1980, exactly a decade after his legendary conversation with Margaret Mead, James Baldwin (August 2, 1924-December 1, 1987) sat down with Chinua Achebe (November 16, 1930-March 21, 2013) for a dialogue about beauty, morality, and the political duties of art and the artist — a dialogue that continues to pull us up short with its sobering wisdom. Later included in the 1989 anthology “Conversations with James Baldwin” (public library), this meeting of titanic minds touches on a great many of our own cultural challenges and friction points, and radiates timeless, timely insight into how we might begin to stop accepting a deeply flawed status quo at face value

Achebe begins by defining an aesthetic as “those qualities of excellence which culture discerns from its works of art” and argues that our standards for this excellence are mutable — constantly changing, in a dynamic interaction with our social, cultural, and political needs:

“Aesthetic cannot be fixed, immutable. It has to change as the occasion demands because in our understanding, art is made by man for man, and, therefore, according to the needs of man, his qualities of excellence. What he looks for in art will also change… We are not simply receivers of aesthetics … we are makers of aesthetics.”
Art, Achebe argues, arises out of its social context and must always be in dialogue with that social element:
“Art has a social purpose [and] art belongs to the people. It’s not something that is hanging out there that has no connection with the needs of man. And art is unashamedly, unembarrassingly, if there is such a word, social. It is political; it is economic. The total life of man is reflected in his art.”

In a sentiment evocative of what Adrienne Rich has called “the long, erotic, unended wrestling” of art and politics, Achebe considers those who chastise artists for making their art political. All art is inherently political, he notes, but what such critics consider the artist’s objectionable “politics” is simply opposition to their politics and their comfortable alignment with the status quo:
“Those who tell you ‘Do not put too much politics in your art’ are not being honest. If you look very carefully you will see that they are the same people who are quite happy with the situation as it is. And what they are saying is not don’t introduce politics. What they are saying is don’t upset the system. They are just as political as any of us. It’s only that they are on the other side.”

Most art, Achebe argues, arises out of the status quo because — and perhaps this is a version of civilizational confirmation bias, with undertones of the backfire effect — we like to be affirmed in our values:

“If you look at our aesthetics you will find … that art is in the service of man. Art was not created to dominate and destroy man. Art is made by man for his own comfort.”

He turns to African art — particularly the tradition of his own heritage, the Ibo people — to illustrate the central concern of all art:
“Our art is based on morality. Perhaps this sounds old-fashioned to you, but it is not to us. The earth goddess among the Ibo people is the goddess of morality. An abomination is called an abomination against the arts. So you see in our aesthetic you cannot run away from morality. Morality is basic to the nature of art.”
Using, as he tended to, the word “poet” in the larger sense of any artist, any person of poetic orientation, Baldwin responds by affirming this core moral function of art and enlarges its human dimension:

“When Chinua talks about aesthetic, beneath that world sleeps — think of it — the word morality. And beneath that word we are confronted with the way we treat each other. That is the key to any morality.”

Invariably, this question of how we treat each other turns to race relations. But then, as if to illustrate the urgency of Baldwin’s point, the conversation is interrupted by a voice that had somehow hijacked the auditorium speaker system. The hostile male voice comes pouring out of Baldwin’s own microphone: “You gonna have to cut it out Mr. Baldwin. We can’t stand for this kind of going on.” At this point, a riled but composed Baldwin speaks authoritatively into the microphone before a shocked audience:

“Mr. Baldwin is nevertheless going to finish his statement. And I will tell you now, whoever you are, that if you assassinate me in the next two minutes, I’m telling you this: it no longer matters what you think. The doctrine of white supremacy on which the Western world is based has had its hour — has had its day! It’s over!”
As the audience enthusiastically applauds Baldwin, the moderator — a Sri Lankan-American professor of Ethnic Studies named Ernest Champion — rises and makes the perfect remark to restore order:
“It is quite obvious that we are in the eye of the hurricane. But having this dialogue is quite important so all of us in this room will take it seriously.”

With this, the anonymous antagonist vanishes just as he had appeared and the conversation continues, returning to the central duty of art. Achebe observes:
“An artist is committed to art which is committed to people.”
Baldwin nods in agreement:

“The poet is produced by the people because the people need him.”
Echoing his earlier thoughts on how the artist’s struggle for integrity illuminates the human struggle, he adds:
“I know the price an artist pays… I know the price a man pays. And I am here to try to say something which perhaps only a poet can attempt to say… We are trying to make you see something. And maybe this moment we can only try to make you see it. But there ain’t no money in it.”
In answering an audience question, Achebe builds on what that “something” is:

“There is something we [black artists] are committed to of fundamental importance, something everybody should be committed to. We are committed to the process of changing our position in the world… We have followed your way and it seems there is a little problem at this point. And so we are offering a new aesthetic. There is nothing wrong with that… Picasso did that. In 1904 he saw that Western art had run out of breath so he went to the Congo — the despised Congo — and brought out a new art… He borrowed something which saved his art. And we are telling you what we think will save your art. We think we are right, but even if we are wrong it doesn’t matter. It couldn’t be worse than it is now.”