Will a Chief Justice of India with an activist background make for a more “active” Supreme Court? 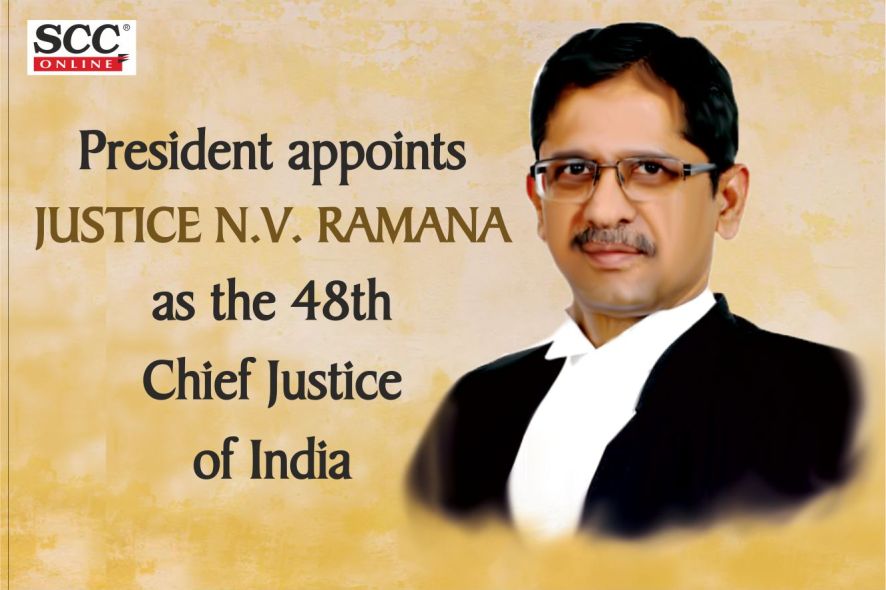 And as he gets used to drinking from the proverbial poisoned chalice, he will feel eyes upon him scrutinizing his every move, more than ever before. The observers cannot help themselves; it is only natural to look at the holder of the highest post in the justice delivery system with a sense of hope, even if that hope was left unfulfilled not too long ago.

In a departure from the traditions of its PIL jurisdiction, the Court under Chief Justice SA Bobde was loath to interfere in what it deemed as matters of State policy. This approach resulted in the Court not giving matters of socio-economic importance the urgency and attention they required.

Take for instance the habeas corpus petitions filed on behalf of political leaders and lawyers in Jammu & Kashmir in the wake of the Centre’s abrogation of Article 370 of the Constitution. Or even the challenge to the abrogation itself.

In other matters, the Court chose to take the submissions of the Centre at face value, trusting that things would work themselves out. In the context of the pleas highlighting the migrant crisis effected by the COVID-19 lockdown last year, this approach backfired.

In that matter, it was activism on the part of retired judges, lawyers, and members of civil society that finally prompted the Court to take suo motu cognizance of the crisis. By the time that happened, some would say, it was too little, too late.

Several other petitions filed before the Court on issues like the Citizenship Amendment Act, the Shaheen Bagh protests, the farmers’ protests and the incarceration of social activists and lawyers in the Bhima Koregaon case were not given due importance, with the Court either adjourning them to the point of irrelevance or refusing to interfere altogether.

Granted, Justice Bobde’s tenure has coincided with the struggle faced by the courts in dispensing justice amid a debilitating pandemic. But this is the same Court that found the time to urgently take up, hear, and pass an order post-haste in contempt proceedings against Prashant Bhushan for commenting on the worst (or best) Harley Davidson advert.

Similar urgency was seen in the hearing and disposal of the Tata-Mistry dispute. Or in the instant listing and hearing of the plea moved by Arnab Goswami, even as his fellow journalist Siddique Kappan remains “chained like an animal” to a hospital bed in Mathura.

Had the same haste been shown in dealing with issues arising out of the second wave of COVID-19, the Court under CJI Bobde would have perhaps redeemed itself in the eyes of the suffering citizenry. However, the Court’s belated cognizance of the crisis, at a time when High Courts across the country were taking Central and State governments to task, sparked criticism from various Senior Counsel and leaders bar associations across the country. Among the issues raised by the lawyers were the inaccessibility of the apex court due to suspension of mentioning during the pandemic, and the capability of the Court to handle a problem that may arise in a corner of a particular State at odd hours.

In a reality wherein the ruling dispensation, in the words of the Human Rights Watch 2021 report, “increasingly harassed, arrested, and prosecuted rights defenders, activists, journalists, students, academics, and others critical of the government or its policies,” it becomes all the more important that the highest court of the land lives up to its role as sentinel on the qui vive. At a time when the independence of the judiciary metric of the Freedom House survey on civil political liberties in India has dropped a point because of, among other things, “a pattern of more pro-government decisions by the Supreme Court”, it is incumbent upon the judiciary to act in an independent manner to put to bed all notions to the contrary.

And the ball now finds itself in the Court of Justice Ramana, a judge who was known for his activist outlook in his early days, involving himself in issues concerning farmers and industrial workers. It is with a sense of renewed hope that the observers of the Court and the citizens of India in general will look to the dais on which he sits. As Senior Advocate Dushyant Dave writes here,

“Millions and millions of Indians have benefitted by the intervention of the Supreme Court. Besides, millions more have benefitted under the orders of high courts across the country exercising jurisdiction in PILs. Citizens remain indebted to the Supreme Court and the high courts for all that they have done. At the same time, it is not as if the Court has always aided the needy. It has failed on many occasions, especially in the recent past.”

In just his first week as CJI, there have been signs of change. Kappan will no longer suffer in the Mathura prison as a result of Justice Ramana’s intervention.

“We state that the most precious fundamental ‘right to life’ unconditionally embraces even an undertrial,” the Court noted while directing for the journalist to be shifted to Delhi hospital.

A change was seen in the suo motu COVID-19 matter as well. Whereas CJI Bobde constantly mooted whether the COVID-19 related matters being heard by High Courts should be transferred to the apex court, the Bench headed by Justice DY Chandrachud made it abundantly clear that the High Courts will not be stopped from continuing to hear those matters.

Despite these positive signs, the observers of the Court know all too well how quickly the tides can turn. For now, they will wait and watch with a flicker of hope renewed.

The question therefore is whether a Chief Justice of India with such a background will make for a more “active” apex court?