Women’s participation in work is an indicator of their status in a society. Paid work offers more opportunities for women’s agency, mobility and empowerment, and it usually leads to greater social recognition of the work that women do, whether paid or unpaid.

Where women’s work participation rates are relatively low, it is safe to say that the surrounding society isn’t giving women the capacities, opportunities and freedom to engage in productive work, nor recognising the vast amount of work performed by women as unpaid labour.

In India, where the economy has been growing rapidly over the past 30 years, recent statistics appear to show that women’s workforce participation rates (already low by international standards) have declined. Is there something about Indian society and the nature of economic growth that has led to this historically unprecedented combination of trends? 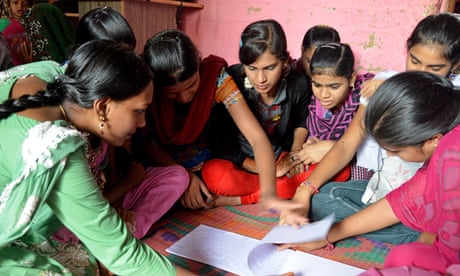 The women who refuse to do India’s dirtiest job

Estimates of employment in India are based on surveys conducted periodically (not every year) by the National Sample Survey Office (NSSO). It said that in 1999-2000, 35% of rural women and 17% of women over 15 years old were “working”, as regular or casual wage workers, self-employed or unpaid helpers in family enterprises (like farms or small shops). By 2011-12 (the most recent survey published), after a period of rapid economic growth, this has declined to 25% in rural areas and remained at the same pitifully low rate in urban areas.

However, this definition of employment excludes some important activities that are definitely work (sometimes very hard work) and contribute critically to the economy, but are not recognised as such by the surveys – or by policymakers and society.

In India’s NSSO one category excluded from employment (and therefore even from being counted in the labour force) is code 92: those who “attended to domestic duties only”. That includes all the activities that constitute the care economy, that is looking after the young, the sick and the elderly as well as other healthy household members, cooking, cleaning and provisioning for the family, and so on. Another category excluded is code 93: those who “attended to domestic duties and were also engaged in free collection of goods (vegetables, roots, firewood, cattle feed), sewing, tailoring, weaving, etc for household use”.

What has happened is not a decline in women’s work participation, but a shift from recognised work to unpaid work

If such women are actually counted among workers, as indeed they should be with the new definition adopted by the ILO in 2014, then the picture changes completely. Women’s workforce participation rate in 1999-2000 increases to a whopping 89% in rural areas, and only declines to 85% in 2011-12 (a decline that can be completely explained by more enrolment in education among the 15-24 age group). In urban areas, the participation rate increases to 81% in 1999-2000 and remains around the same at 80% in 2011-12.

So what has actually happened is not a decline in women’s work participation as such, but a shift from paid or recognised work to unpaid work. This is a dispiriting shift, because it is also typically associated with women’s and girls’ loss of agency and bargaining power within the family. It is also typically not voluntary: most of the women surveyed responded that they did such work because there was no one else in the household available to do it. The numbers involved are huge – more than 360 million women in 2011-12, and probably even more by now.

It turns out that most of the increase occurred in code 93, involving many more women forced not only to engage in unpaid care work, but also in tasks such as fetching and carrying water, fetching firewood (which still accounts for cooking fuel in 67% of rural households across India) and other such tasks. The proportions have increased over the past decade because such activities of collection in both rural and urban areas have become more pressing and time-consuming.

This indicates a huge failure of public policy. It is because successive governments have not given primacy to such essential as electricity, piped water and easily accessible and affordable cooking fuel, that women are still forced to spend long hours in such tasks. Things are likely to have worsened in rural India with successive years of drought and worsening of systems of public amenities in urban areas.

The invisibility of such women workers is appalling because such work is essential to the survival of society and provides a huge and unnoticed subsidy to the “formal” economy. It is also inefficient and unjust, adding significantly to the relational inequalities that are so entrenched in Indian society. It disempowers even paid women workers since as a result what women do is undervalued, and contributes to large gender gaps in wages. And it allows policymakers to forget about the conditions of hundreds of millions of workers on whom the entire economy depends.https://www.theguardian.com/global-development-professionals-network/2016/jul/16/womens-workforce-participation-declining-india?CMP=share_btn_link

Google takes a dig at Modi; lists him under ‘The Most Stupid Prime Ministers In The World’
India - #AadhaarFail- Dirty Secret Is Out, Anyone Can Be Added as a Data Admin #WTFnews
365,000 sign petition to strip Suu Kyi of her Nobel Prize
Nobel Peace Laureate Mairead Maguire writes to Obama in Support of the Freedom of the Remaining Cub...