Although they are often the actual cultivators, the lack of land rights among women farmers in Odisha has resulted in chronic distress because they are unable to get government loans or compensation over crop loss 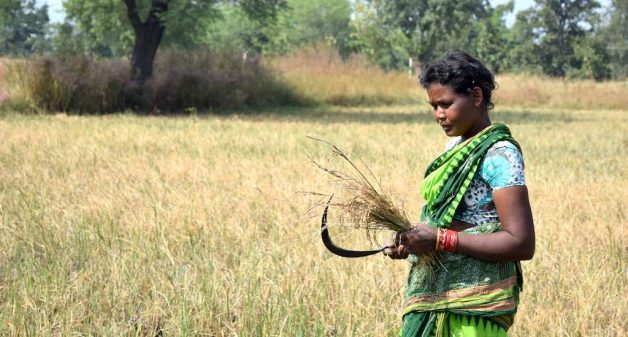 Since most women in rural Odisha do not have titles over land, they are provided no compensation by the government against crop loss (Photo by Basudev Mahapatra)

Since her husband migrated out of Odisha for work, it fell upon Remati Majhi (25) of Dhamnaguda village in Nuapada district to cultivate rice in the fields owned by her husband. But she could neither avail any government loan nor insure the crop because she didn’t have title over the land. So, she had no option but to arrange the required resources through private moneylenders.

To the misfortune of farmers, a severe draught in Odisha resulted in almost complete loss of kharif (monsoon) crop in 2015. The loss forced nearly 140 indebted farmers across the state to commit suicide. Remati was one of those unfortunate farmers.

“As there was complete crop loss and she had borrowed money from private sources to fulfill farm needs, she might have committed suicide, fearing pressure from the moneylenders for repayment of the loans,” Umashankar Majhi, Remati’s husband, told VillageSquare.in.

However, because she didn’t have title over the land she cultivated, the local administration didn’t record Remati’s case as a case of farmer suicide. As per norms of the Odisha government, anybody not having title over the land is officially not counted as a farmer and cannot claim benefits of security coverage or financial assistance schemes intended for welfare of state’s food growers.

Despite this, small and marginal farmers have no option but to grow crops in the fields of medium and large landholders because of the inequitable nature of land distribution in the state.

According to the Odisha government’s report on the status of agriculture, per capita availability of cultivated land in the state has declined from 0.39 hectares in 1950-51 to 0.13 ha in recent times.

In such a land distribution scenario where most of the medium and large landowners happen to be absentee farmers, their land is usually cultivated by marginal and small farmers, who rent the land on conditions of sharing the harvest or against a fixed volume of crop to be grown.

Even though leasing out agricultural land is banned in Odisha, with a few exceptions, farmers continue to do it unofficially with the hope that agriculture on more land would bring them more harvest and make the activity economically viable.

“Things go well when the harvest is good. But, with calamities like droughts and floods, a good harvest has remained only in the aspirations of farmers, which has never been realized, at least during the last decade or so,” Sanjay Tiwari, convener of Nuapada-based Krushak Shakti Sangathan that raises issues faced by the farmers, told VillageSquare.in.

In the view of Himanshu Banchhor (40) of Durkamunda village in Nuapada district, “The share cropper or tenant farmer is always at risk.” 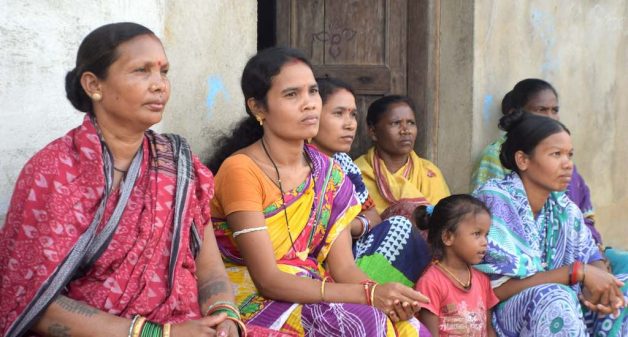 “When a marginal farmer like me takes land owned by others for agriculture, I know it well that I don’t have title over it to claim benefits of government facilities like loans, input subsidy or crop insurance,” he said. “I need to meet all expenses through private loans with higher rate of interest and the commitment for timely repayment even in an adverse situation.”

In case of severe crop loss, tenant farmers face strong pressure from moneylenders for repayment of loans, whereas the government pays compensation money against crop loss to the landowners, who in fact do nothing on the field. Placed as a loser from both ends, many of the tenant farmers finally sacrifice their lives. This has been the case in most cases of farmer suicide in the state since 2014.

No bill for sharecroppers soon

Explaining the objectives and reasons of the Model Agricultural Land Leasing Act 2016, the NITI Aayog envisaged it as an “Act to permit and facilitate leasing of agricultural land, to improve agricultural efficiency and equity, access to land by the landless and semi-landless poor, occupational diversity and for accelerated rural growth and transformation; provide recognition to farmers cultivating agricultural land on lease for enabling them to access loans through credit institutions, insurance, disaster relief and other support services provided by Government, while protecting fully the land rights of the owners; and matters connected therewith or incidental thereto.”

Under pressure from farmers’ organizations and in response to the NITI Aayog’s recommendation, the Odisha government, in November 2017, announced that actual cultivators, including sharecroppers, would be paid agriculture input subsidy and compensation against crop loss.

Since absentee ownership of agricultural land is illegal in the state, identification of sharecroppers remained a challenge for the government because the landowners may not come forward to declare their tenant farmers.

So, in order to make the system of leasing out of farmland legal, the existing Land Reform Act needs to be amended, which doesn’t seem to happen soon, after the recent statement of Odisha’s revenue minister which said that “legislation for sharecroppers being a sensitive issue, it needs to be finalized keeping in mind the rights of landlords and sharecroppers.”

“Government will deal with it cautiously,” the minister added.

In any case, women are the most to suffer, said Ahalya Patel (50) of Khasbahal village in Khariar administrative block.

As most of the male members of Khasbahal migrate outside as laborers, many women of the village look after agriculture.

“Due to the patriarchal land title system, we are not considered farmers even while growing crops in our family owned fields because our name doesn’t feature in the title papers. We are unable to claim our rights and avail any benefit of government policies because of having no title,” she told VillageSquare.in. “The title remains an issue for women throughout the life, on different occasions.”

The issue, however, is not an isolated one limited to Odisha. In India, more than 70% of women work in the agriculture sector. The percentage is even higher when confined to rural India. Involved as farmers and agricultural laborers, women contribute significantly to food production in the country.

Despite the fact that women represent about half of the global population, produce the majority of global food supply, and perform 60% to 80% of the agricultural work in developing countries, women own less than 20% of land worldwide, according to the World Bank.

Shockingly, women are generally excluded from official data because most do not have title to land. “A woman is not classed as a farmer. She is a farmer’s wife, and her suicide is not included in the figures,” Graham Peebles, Director of the Create Trust noted in his piece Indian Farmers Trapped and Desperate, expressing concern over the miseries women farmers encounter.

Land transfer in India occurs mostly through inheritance and women face severe discrimination from their families in this respect. Several studies show that families are most likely to deny the married daughters, widows and unmarried women their land share. This results in abysmally poor land ownership of women in India varying between 9% and 13%, according to an Oxfam policy brief.

“The issue needs political attention and action in order to bring changes in existing policies to safeguard the rights and interests of women in agriculture sector,” said Vidhya Das of Odisha based non-profit Agragamee, who was an advisor to Supreme Court Commission for Right to Food.

In order to give equal right to women on the land, as Das urged, “Society has to change the mindset towards women and members in a family should come forward to protect the rights of its women folks.”

Basudev Mahapatra is a journalist based in Bhubaneswar.