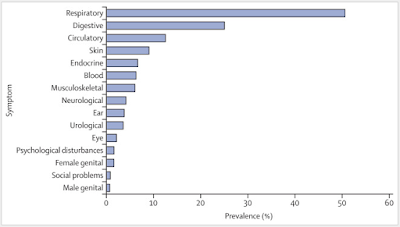 Making a scathing critique of the prevailing social bias in collection of data on health in India, a recent study published in the well-known global health journal “Lancet” has said that “about 80% of patients visit a private practitioner, which they do at their own expense”, yet most “health-related data are obtained from public hospitals and public health-care service units.”

Pointing out that public facilities provide “only 20% of all outpatient care in India”, hence they do not provide “a true picture of the whole morbidity profile in India”, the study says, this is one reason why the most representative National Family Health Survey (NFHS), collects “little information about disease patterns”, and depends on “self-reports”.
Pointing out that this results in “under-reporting of disease patterns”, the study says, result is that health related data collected by the NFHS is confined to collecting facts on “fertility, infant and child mortality, contraception and family planning, maternal and child health, reproductive health, nutrition, and anaemia.”
Contrary to NFHS findings, the study, authored by a group of nine scholars led by Dr Sandeep Salvi, finds that, in India,  “respiratory symptoms were the leading cause of a visit to a health-care provider across India, accounting for about half of all patients and 65% of all child patients.”
It underlines, “Although infections of the upper and lower respiratory tract were among the leading causes of respiratory symptoms, asthma and COPD together captured under the category of obstructive airways diseases was the second most common diagnosis reported by primary health-care practitioners in India.” 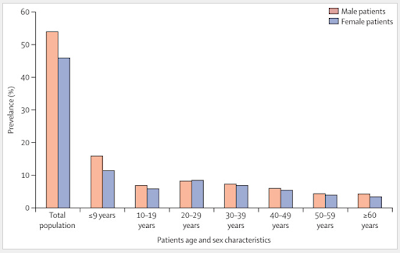 The study also finds that “a fifth of patients with hypertension were younger than 40 years, indicating a high burden of young patients with hypertension in India and suggesting that blood pressures be routinely measured in young adults.”
It adds, “The diagnosis of hypertension was more commonly reported from cities and towns with a population greater than 1 million people than from those with a population less than 1 million, suggesting that hypertension is more common in overcrowded and urban places in India.”
The study is titled “Symptoms and medical conditions in 204,912 patients visiting primary health-care practitioners in India: a 1-day point prevalence study (the POSEIDON study)”, and has been published in December 2015 issue of “The Lancet”. It has been carried out in 880 cities and towns, identifying “the main conditions that lead a patient to visit a primary health-care practitioner.”
Pointing towards in-built social bias in the health system, the study says that “primary practitioners received a greater proportion of visits from male patients (54·1%)”, adding, “This gender bias remained throughout all age groups, including children, adults in the reproductive years, and older people, and was constant across all regions of the country.”
Revealing out that “the gender difference was even larger in patients younger than 18 years (57% males)”, the study regrets that “7·9% of patients who visited a primary health-care provider in our study were older than 60 years.” It comments, “The proportion of people older than 60 years is 8% in India. Since older people will suffer from age-related ailments, our findings probably reflect a reduced opportunity to seek health care compared with that for younger people.”
The study believes, “Other than infirmity, we speculate that economic reasons prevent older people from seeking health care, since 80% of health care in India is paid for by the individual, rather than the state.” It adds, “Since women and older people have greater health needs than the rest of the population, our findings might be describing a widespread social inequality in India.”
Suggesting that all this suggests health care in India is “not organised in accordance with societal needs”, the study comments, it “faces several challenges, such as socioeconomic inequality, inappropriate distribution of government subsidies, low emphasis on preventive services at all levels, and a lack of effective national programmes or policies for many common illnesses.”

Haryana nuclear project to be on stream in 5 years #WTFnews
#India - Demand Justice for Pavitra, DU lab technician ,who commited suicide due to #sexualharassm...
Kumbh in the Times of Covid: How World’s Largest Religious Festival Turned Super-spreader in the Pas...
Stock-out hits HIV treatment across India