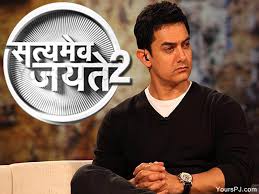 The episode of Satyamev Jayate on Sexual Violence – State Response,  though claiming to showcase ground level reality had a number of factual errors.
The Government of Maharashtra in 2013 issued standard protocols for “Forensic and Medical Examination of Sexual Assault Cases. An instruction manual and proforma, Ministry of Health and Family Welfare Director of Health Services, Govt of Maharashtra 2013″ CEHAT and  other NGOs were part of this process.
Health is a state subject and protocols have to be passed by each State Government and Maharashtra has done so. Even though some groups have issues with the protocols, to state that no standardised protocols exist except the CEHAT protocols  is incorrect.
In Maharashtra through the sustained campaign of various women’s rights organisations’  several positive measures have been introduced. The Schemes and initiatives include
1. ‘Manodhairya’ – A scheme for financial assistance as well as medical, social and legal support for victims of sexual violence. Victims have started receiving financial compensation. (A similar scheme  proposed by the Centre has to still see the light of day)
2. 103 a police helpline for immediate response to women victims
3. ‘RAHAT‘ a pilot programme in Mumbai offers support to victims of sexual violence throughout investigation and trial. The programme has supported more than 200 victims till date
4. ‘Five One Stop Help Centres’ have been introduced in five major public hospitals to help victims for medical treatment and forensic. Standard Operating Procedures have been evolved to support the victim as soon as she enters the hospital
5. A State Level Consultation of all stakeholders – Police, Medical, Prosecution was held to discuss gaps and challenges in convergence to ensure dignity to victims during investigation and trial. A report outlining the critical Interventions which need to be taken by each stakeholder was published. A follow up meeting is scheduled in March 14
6. Special Court Guidelines – A report of the functioning of Special Courts to try cases of women and children of sexual violence was presented to the Chief Justice. The Bombay High Court has set up a committee to frame guidelines on effective functioning of Special Courts.
7. Police Commissioner Mumbai has issued a circular on the immediate response by police in cases of sexual violence. it includes that a victim of sexual violence does not need to come to the police station to record an FIR.  Victim can record their statement in a place convenient to them by a woman officer in civilian clothes. This is being monitored closely by the Commissioner. This initiative is will soon be reproduced at the State level
The demand for One Stop Crisis Centre involving Police Medical Counsellor and Support Person as proposed by the show is in fact already a work in progress as part of Maharashtra’s District Trauma Team (Manodhairya Scheme)
It is also part of  the National Mission for Empowerment of Women Scheme a programme initiated under the chairmanship of the PM.
The program could have been effectively used to create awareness about such initiatives  and  to see how these can be extended to other states.  Unfortunately it choose to be unnecessarily provocative without accurate research and sensationalise issues that are critical to the work being done on the ground by several organisations.
It is important to record this as the producers may later claim that these changes have been brought about due to the impact of the show. They have done this in the past by claiming that the Protection of Children from Sexual Offences Act 2012 was due to the impact of their show on child sexual abuse, even though the bill was already placed before parliament at the time of airing of this show.
We request the producers to put out an apology regarding the inaccuracies project on the show and ensure that accurate information is conveyed through the programme.