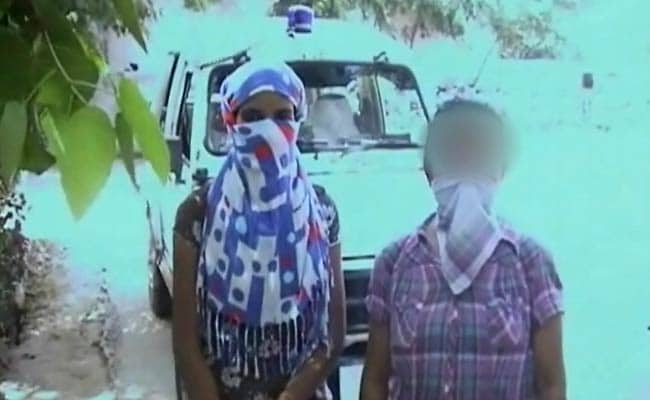 The women rescued from the Saudi diplomat’s house.

NEW DELHI:  Two women who alleged that they had been tortured, sexually assaulted and kept in bondage for months, were rescued from the Gurgaon home of a diplomat from Saudi Arabia. The women, aged 50 and 20, who are from Nepal, had been employed as domestic helps.

“We have been in captivity for around three to four months. They raped us, kept us locked up, did not give us anything to eat,” one of the women told NDTV. They said when they tried to run away, they were beaten up.

The incident came to light when a newly employed domestic help fled after seeing the condition of the women, sources said. She then contacted a non-profit – Meitei India – which called in the police. The complaint was backed by the Nepalese embassy.

“These women were kept first at a hotel in Saudi Arabia, they were brought to India about three months ago,” said Balkrishan Pandey of Meitei India. “They have been tortured and abused and they carry visible scars.”

Sources in the police said they did not know that the person involved was a diplomat.

When they reached the house, they witnessed two Saudi women beating up the Nepalese women. The Saudi women even allegedly assaulted and abused the police party.

A rape case has been registered but the police are a little unsure of how to proceed further, with diplomatic immunity being involved here. Senior police officers told NDTV that this was a case like no other and they will consult the foreign ministry on Wednesday to find out what rights the diplomat enjoyed.

The Embassy of Saudi Arabia has said the allegations were false and contrary to the information they have.

40 years after the Alma Ata Declaration, let’s remember that healthcare is a global right
#India - Passive Euthanasia stands as Law ,even as SC refers it to Constitution Bench
Open Letter from the Invisible Women Reporters of the Hinterland #MeToo
Mumbai transgender turned out of flat for her sexuality #LGBT