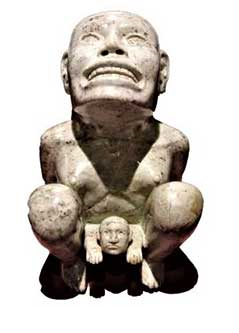 STOCKHOLM / ROME, Dec 2020 (IPS) – COVID-19 has in some nations been converted into a noxious, political issue. One of many worrying examples is the rhetoric of Brazil´s president. On 10 November, when Brazil´s COVID-19 death toll surpassed 162,000 victims – the numbers have continued to raise and are now 179,032 second only to USA´s 296,745 – Jair Bolsonaro minimized the effects of COVID-19 by stating: ”All of us are going to die one day. There is no point in escaping from that, in escaping from reality. We have to cease being a country of sissies.” Bolsonaro actually said maricas, which like sissies is slang for gay people. Both expressions originally indicated ”small girls” – marica is a diminutive of Maria and sissy of “kid sister”. Bolsonaro thus defined homosexuality as effeminacy by associating gay men with affectation and cowardice. By connecting disease, fear, and femininity the Brazilian president not only ignored the strength and courage women throughout history have demonstrated by enduring childbirths and caring for others, it also shows a strong disregard for gender equality and the rights of women and gay people.

In several countries, gender equality has made progress in areas as education and labour force participation, though health inequality between women and men continues to plague several societies, where girls and women remain victims to ideologies and practices that make them more vulnerable than men to diseases originating from neglect, abuse, and mistreatment. Furthermore, women and girls are often subjected to physicians´ bias in diagnosis and treatment, while restricted access to education and remunerated work may hinder them from accessing adequate health services.

In most societies, women have been considered as subordinate to men. In both art and medicine, women have been viewed and interpreted from a “male point of view”. That a “male gaze” applies to how women’s bodies are perceived became evident to me when I sometime in the eighties read Edward Shorter’s A History of Women’s Bodies. Shorter described how religion and medicine have discriminated against women, primarily by disregarding their physical and mental health.

I had Shorter’s book in memory when I several years ago visited the Andean highlands and interviewed women about their life situation. What then upset me was the deplorable state of health of the women I met, assuming that it was my collaboration with a midwife that made them reveal physical pain and problems. Several diseases originated in difficulties during pregnancies, often experienced too early in life, and after that being far too frequent. Ailments related to the female body was burdened by prejudice, chauvinism, and religious bigotry and thus considered as shameful and concealed. My encounter with these women made me realize that gender equality is not exclusively a matter of relations between men and women – physical differences between the sexes must also be taken into account and addressed.

Through its intent to connect fear of COVID-19 infection with cowardice and effeminacy, Bolsonaro´s rhetoric not only reveals an inclination towards homophobia and misogyny, but furthermore demonstrates a lack of knowledge about the crucial role women have had in medical development. While being professionally engaged with gender issues, I have quite often been confronted with a view that almost exclusively emphasizes social injustices caused by male chauvinism. Of course, this is a serious problem that cannot be ignored. Nevertheless, this should not allow forgetting the fact that women’s bodies are distinctive from men’s. Neglect of women’s unique physical constitution has during centuries caused unnecessary suffering and limited
women´s well-being.

Childbirth is a unique female experience that excludes men, who cannot experience the pains and dangers it may bring about. Since time immemorial, childbirth has almost exclusively affected women – the expectant mother, the midwife, women friends and relatives. Men were generally excluded from the process. What midwives lacked in formal, academic learning, they compensated through experience and ancient traditions,

With the emergence of an academically founded medical profession and with it an increased interest in the income-generating business of midwifery, male doctors became during the 19th century increasingly interested in obstetrics and generally opposed to midwifery. Before male interventions, women generally gave birth in partially upright positions, being supported by other women. One reason for this was that giving birth was considered to be a social concern, as well as the technique facilitated the process for both mother and midwife since they could make use of gravity. However, male obstetricians preferred that women, while giving birth, remained in bed. Accordingly, obstetricians were in France, and the rest of Europe, called accouchers, from the French á coucher, go to bed.

It was claimed that surgeons were better trained in scientific medicine than midwives, who relied on popular medical traditions. In several countries, midwives were gradually legislated against in favour of male doctors. In his book, Shorter argued that increasingly male-dominated obstetrics initially were detrimental, causing unnecessary inconvenience and suffering. Furthermore, apart from facilitating the actual birth procedure, midwives also offered support and help during pregnancy and aftercare. They were generally, unlike men, mothers themselves and could thus consider ailments and dangers from a female perspective. Several of them were also knowledgeable about how to alleviate labour pains and how to prevent unwanted pregnancies, and in some cases, even experienced in abortions. The midwives were thus through their own and collective experiences well acquainted with how a female body functioned and reacted to various types of interventions.

The suppression of women midwifery is just one of many examples of how women systematically have been marginalized while healing and caring for the sick and injured. This does not mean that their care-giving has not been decisive. On the contrary, to take care of others has rather been considered as a female duty, even part of a feminine nature. A perception that meant women’s role in healthcare was taken for granted and they were offered neither education, nor payment. In Catholic Europe it was until quite recently, nonsalaried nuns who took care of the sick and were assumed to gain their knowledge through practice.

Well into the twentieth century, doctors were almost exclusively men and nurses were subordinate to them in everything (up to 1955 men were not allowed to serve as nurses in the US Army). In addition, nurses were paid significantly less than a medical doctor. Men in white were, and generally still are, considered as hospital royalty. Something still manifested through several hospitals’ big rounds when the chief physician, accompanied by doctors-in-training, visit bedridden patients, while female nurses discreetly remain in the background.

It was not until the bloody massacres of 19th century warfare that female nurses gained a greater role and nursing schools were established to train them in health care. However, education was mostly hospital-based and had well into the twentieth century an emphasis on practical experience. During the last century, wars continued to improve women´s position in healthcare. During World War I, nurses were integrated into the war effort, and during World War II warring nations established units with trained nurses. For example, the Nazis, who otherwise were reluctant to engage women in the war industry, recruited more than 40,000 nurses for their armies.

The recent rapid development of medical science is probably the most impressive human success story ever. It has not only been beneficial to human well-being, it has also contributed to increased compassion and reduced the brutality of everyday life. This development would probably not have been initiated without attention to women’s health. Due to immense pain and risk of fatal infections, surgical procedures were during millennia limited to superficial interventions, as well as amputations and trepanning. It was through male obstetric care that breakthroughs in concern for sterility took place. The first steps towards the discovery of the role of bacteria and viruses in infections occurred in 1846 when the Austrian obstetrician Ignaz Semmelweiss discovered that more women died in maternity wards staffed with male surgeons, than those cared for by female midwives. Semmelweiss traced the cause to increased mortality to male medical students not washing their hands after dissecting corpses. Although Semmelweis’ sanitary recommendations were largely ignored and he himself was driven to madness, he is now recognized as a pioneer in aseptics and the prevention of hospital-acquired infections.

The presence of male doctors at birth made them realize the immense pain caused by disturbed nerve pathways and made them pursue more effective anesthetics. Advances that, together with aseptics, finally enabled surgical interventions inside the body. It was during a birth in Edinburgh in 1847 that James Young Simpson used chloroform anesthesia and, after the same method in 1853 had been used when Queen Victoria gave birth to Prince Leopold, anesthesia spread around the world. After Robert Koch in 1879 beyond any doubt had established that infections are spread by bacteria, and in 1881 introduced heat sterilization of all surgical instruments, medical science would never be the same again.

Accordingly, to label general health as a concern for “maricas” is not only a sign of ridiculous machismo, but also a manifestation of profound ignorance. When Jair Bolsonaro equaled “fear of COVID-19” with effeminacy he demonstrated contempt for the bravery and professionalism homosexual men have demonstrated as physicians and nurses, as well as he demeaned women who through centuries have combated sickness and fatal injuries, as well as caring for home and family and enduring painful births. On top of that, Bolsonaro revealed a profound ignorance of the fundamentals of modern, medical science and its foundations on women´s well-being.

Jan Lundius holds a PhD. on History of Religion from Lund University and has served as a development expert, researcher and advisor at SIDA, UNESCO, FAO and other international organisations.