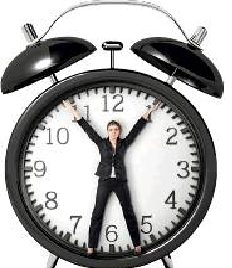 Lottie, 25, who works in PR, was thrilled when she was given a special project at work. “As a young person I saw it as an opportunity to prove myself and deliver,” she tells The Independent. But the reality was very different.

“On reflection I worked myself into the ground, going above and beyond for little reward. I stayed in the office until 9pm, working remotely on the weekends to churn out the work and get results. At the time, it made me feel like I was doing something important, that ‘mattered’, but now I look back and feel quite used — what was it all for?”

Lottie is one of the many women in the UK who is working longer than her allocated hours. According to new research from the Resolution Foundation, women now work an average 65 minutes more each week than they did in 2009, working 27.5 hours a week. The report, entitled The Times they Aren’t A-changin’, is based on data from the Office of National Statistics’ Labour Force Survey and its Annual Survey of Hours and Earnings. Young people are also spending more time at work, the study finds, with 18 to 24-year-olds working an hour longer per week than they did ten years ago.

The Resolution Foundation suggests that the reason for this shift is real wages stagnating since the financial crisis 12 years ago. This means that we’re getting paid less, which is why workers pick up additional hours.

But case studies suggest that women are actually working much more than just an extra hour, particularly those in their mid-twenties which is when women’s working weeks are at their longest, according to the new research.

Entertainment writer Sukaina, 24, says overworking is simply expected in her role, which she says requires her to work 10 or more hours overtime, including on weekends.

“I think women and young people are all just chasing success trying to make it in whatever industry we are in,” she says. “Plus, there’s a part of us that believes that all the overworking and extra hours will pay off.”

But when the rewards never come, Sukaina says you end up burning out.

“Working late nights over and over again really took its toll on me,” she recalls.

“I started to feel fatigued, a lack of energy and my mood was terribly low and I wasn’t getting enough sleep, which made me more irritable.”

The pressures can be exacerbated for those like Kelly, 41, who are self-employed. “For six years I was working on average over 40 hours per week in my full-time employed job in computer design, as well as working around two or three hours every evening and at weekends building up my own business as a sculptor before I became fully self-employed.”

“Many women are still expected to fulfil the more traditional role of picking up the domestic workload. So if women want to raise a family, they will have to, at some point, take some time out of their career when they have children,” she explains. “This results in having to put in extra time to catch up when they return to work if they want to maintain a certain level of career.”

According to research conducted by workplace management company Asana — which looked at the attitudes of 10,223 workers across six countries — the top three reasons for working overtime are having to respond to emails, chasing for approval from another colleague and unexpected meetings.

Posters Demanding Apology from CM Yogi for ‘Hanuman was Dalit’ Remark Put up
Greenpeace India’s registration cancelled
‘Supreme Court’s verdict for Muslim women — and against misogyny’
Need to reflect why debates, discussions being barred in the name of COVID