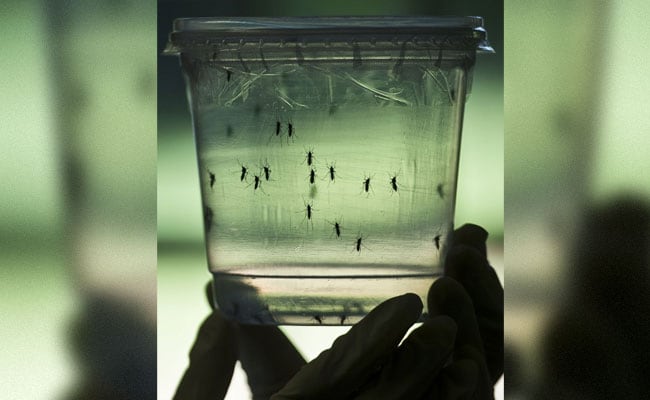 HYDERABAD:  In an important “Make in India” moment, scientists at a Hyderabad lab say they have developed the world’s first vaccine against the Zika Virus. They say, in fact, that they have two.

The World Health Organisation has declared Zika and its suspected link to birth defects a global health emergency. More than 20 countries in Latin America have reported an outbreak and a rare case of the Zika virus being transmitted through sex has been reported in Texas, USA.

As the world searches for a vaccine and other global companies take first steps on research, the Bharat Biotech International Limited in Hyderabad says it has patented the Zika vaccine.

“On Zika, we are probably the first vaccine company in the world to file a vaccine candidate patent about nine months ago,” said Dr. Krishna Ella, Chairman and Managing Director, Bharat Biotech Ltd.

Using a live Zika virus imported officially, the Hyderabad company has now developed two candidate vaccines, but taking them through animal and human trials could be a long haul. Dr Ella said he had sought the government’s support on this and the Indian Council of Medical Research (ICMR)has stepped forward to help.

“We have just been informed about the Zika vaccine candidate that Bharat Biotech has. We will examine it from the scientific point of view and see the feasibility of taking it forward. It is a good example of a Make in India product,” said Dr. Soumya Swaminathan, pediatrician and Director General, ICMR.

Dr Ella said in a best case scenario his company can make one million doses of the vaccine in four months. He has sought the direct intervention of Prime Minister Narendra Modi to ensure that the vaccine’s development and delivery is fast-tracked, cutting through the red tape of regulatory clearances, pointing out that the vaccine can help countries such as Brazil, a fellow member of the BRICS (Brazil, Russia, India, China and South Africa) group.

Experts have lauded Bharat Biotech’s foresight  in working on a vaccine so far ahead on a neglected disease that has now taken global epidemic proportions.http://www.ndtv.com/health/worlds-first-zika-virus-vaccine-made-in-india-claim-scientists-1273149