Ye tukde tukde kaun hai ? This rap song should be the anthem of the revolution 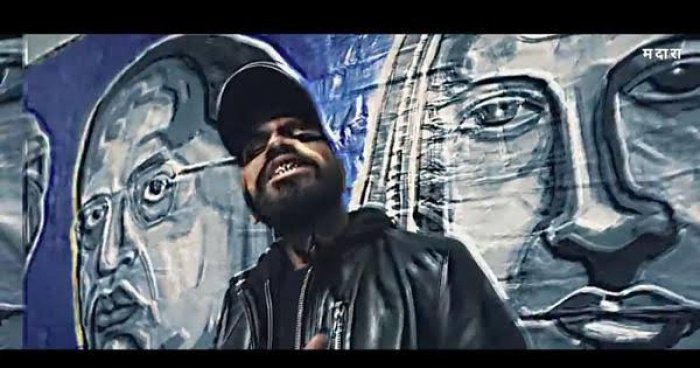 There can be no protest without music. Whenever people have been fed up about anything, they have sang. And sang. Protest music, for centuries, has been the refuge of the oppressed — a weapon against social and political unrest and a solace for those in pain. In fact, sometimes, protest songs have helped snowball small gripes into huge movements.

The biggest protest song of them all has to be ‘Blowin’ in the Wind’ by Bob Dylan (who else!) — a song that was adopted by civil rights’ movements world ver and has become quite the anthem against oppression today. Much before Dylan, there was Billie Holiday’s ‘Strange Fruit’, which was apparently the first time a protest song became ‘popular’. A moody song that uses the metaphor of fruit to depict hanged black men, it was the civil unrest anthem before anthems. In the same vein, several strident songs have been sung during the anti-Citizenship (Amendment) Act protests

One among them by Chennai-based rapper Rahul Negi, who goes by the name ‘Madara’, has gone viral. Madara’s burst of anger, aptly titled ‘Tukde Tukde gang’ rages against the system and its ineptitude in no uncertain terms.

You are reading Tukde Tukde Gang Lyrics on Feelmusiclyrics.com

This is not the first time Madara has put out his fury.

‘Madara-Mareech’: How the State Blinds Society

Last month, hip hop artist Rahul Negi released his very first song ‘Madara-Mareech’ on YouTube. The song is a political satire which takes a jibe at viewers for turning a blind eye to the social evils plaguing society.

The song, along with the video, sheds light on the plight of farmers, communal tension, censorship and how development projects are trumpeted to divert society’s attention from the real issues. The artist, hence, repeatedly cries “tu chup kar“, as the camera shifts from one frame to another.

The track also has a mythological undertone, says the artist.

‘Mareech’, the title of the track, was the name of a character in the Ramayana who turned himself into a golden deer to catch Sita’s attention.

He is trying to depict the government as Maareech and our people as the innocent Sita. They [people] think of the government as the golden deer where they are not able to see the other side or the motive because they’ve been distracted from the real issues.

He closely follows politics and wants to use his art to spread awareness. As a rapper, he writes about social evils, injustices and the country’s innumerable problems. Hip hop, he says, has historically been an intrinsic part of revolutions and he wants to take the legacy forward through this latest song.

“I want to educate or make people aware of the current issues and the ones we have been made to forget and to make them realise that if we don’t understand it now, our country won’t remain what Gandhi, Bhagat Singh and many freedom fighters sacrificed their lives for,” he said.

While he isn’t sure whether this song will make any difference, he is hopeful that people will gradually know the motive behind the song and understand it. He will be releasing more such songs in the coming months

#India - You think #AADHAAR is good for Migrants ? think again #UID
Turned Away For Not Having #Aadhaar, Woman Delivers At Gate Of UP Medical Center #WTFnews
Information under RTI can't be denied if citizenship proof not provided, rules CIC
Joint Statement : The Kerala Govt must withdraw compulsory Aadhaar for state government jobs