Yes, contraceptives have side effects – and it’s time for men to put up with them too

The finding that the latest version of the injected male contraceptive is now very effective is fantastic news. In a trial of 320 men, researchers found that, over a one-year period, it was 96 per cent effective in preventing pregnancy. A spokesperson for the World Health Organisation said: “The study found it is possible to have a hormonal contraceptive for men that reduces the risk of unplanned pregnancies in the partners of men who use it.”

But the trial of the drug has already been halted – because just 20 of the men (out of 320, don’t forget) found the side effects of the injection intolerable and it was decided that more research needed to be done to try and counteract them. Those side effects included depression, muscle pain, mood swings, acne and changes to the libido. 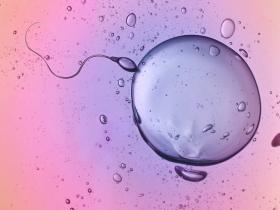 When it comes to contraception, medicine is clearly biased towards men. Women can have such ailments as depression and acne thrust upon them for the greater good of preventing an unwanted pregnancy, but the same level of discomfort cannot be expected of men. Researchers are now going to spend millions trying to alter this medication so that its side effects are lessened.

Only 20 of the men surveyed said that they couldn’t handle the side effects – more than 75 per cent said they would happily use the contraception. Because 20 men weren’t happy, the entire trial has been halted.

Stopping sperm with the flick of a switch

Let’s review this in context. One of the most dangerous risks to women of taking the combined pill is the increased risk of deep vein thrombosis (DVT), which can be fatal. It affects two in 10,000 women. Young women’s lives have been cut short because they were taking the pill. The advice from the regulatory agency? “The benefits outweigh the risks.”

There is also an increased risk of breast cancer: one in eight women get breast cancer, and it is responsible for 31 deaths in Britain every day. Then there’s the higher chance of getting cervical cancer or having a stroke, not to mention mood swings, cramps, sore breasts, headaches, migraines, weight gain, heavy and painful periods, no periods at all, bleeding every single day (known spotting) – do I need to go on?

The risks of the combined pill are numerous, and taking it is not a pleasant thing. But women have taken this burden on for more than 50 years to allow their relationships to develop without the risk of pregnancy. It is offensive and inconsiderate that researchers are halting a major trial of a male contraception because of a few minor – yes, they are minor, and if you’re a woman complaining about them, that’s what your GP will most certainly tell you – side effects.

I don’t blame the men who dropped out of the trial for doing so. I blame the medical establishment for treating women like cattle who can deal with the risk of cancer and blood clots to avoid the world being populated by unwanted babies, yet aren’t willing to let men suffer even a slight headache to the same end.

For women, the alternatives to the combined pill are not much better. The mini pill doesn’t provide as much of a risk, as it isn’t jam-packed full of oestrogen, yet you can end up with irregular bleeding or no periods at all – unnerving for many, especially when you’re trying to avoid an unplanned pregnancy. The depo injection is renowned for irregular bleeding – some people bleed every single day on it – and it cannot be reversed. If its side effects are intolerable, you have to sit it out for three months. The implant is also renowned for its disruption to the menstrual cycle – plus, you have to have a stick jammed in your arm. Let’s not even start on the coil (a bit of copper shoved into your uterus through your vagina and cervix without any pain relief, anyone?).

It’s enough to make you consider that remaining celibate – or even having a child – could be viable options.

What if men had periods?

The halting of the male contraceptive trial is not justified. Unless the researchers produce evidence that this injection increases the risk of death, cancer – or any side effect with a disproportionately higher risk than the forms of contraception billions of women are already using – they are courting controversy.

I’ve never been of the school of thought that science is biased against women. Usually, I’m the one defending it. But this is taking the biscuit. Women make up half the population in this country, and half the partnership responsible for every unplanned child – and it’s time someone gave us a break when it comes to contraception.