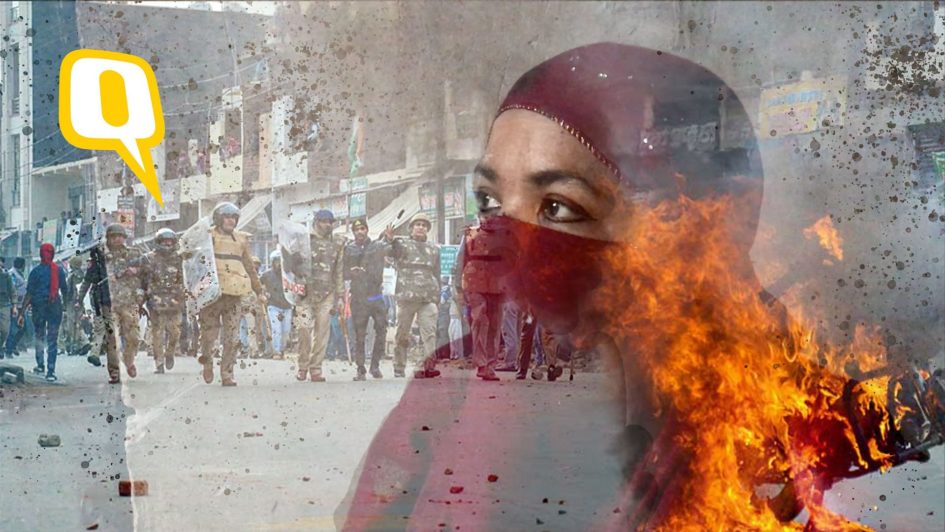 “The rape survivor is not agreeing to compromise, so what can we do,” the brother of the rape accused said.

“The rape survivor is not agreeing to compromise, so what can we do,” the brother of the rape accused said. |

After the 2013 Muzaffarnagar communal riots seven women alleged they were raped. Of the seven allegations, only six materialised into FIRs filed with the UP police. One woman withdrew her case because the accused allegedly threatened to kill her son, while the villagers claimed she had taken money and settled. Six women were left.

Five years later, by 2018, five of the six women changed their statement in court. The Quint had exposed how in the midst of a delayed judicial process that was replete with threats, pressure and bribes, these five women told the court that the men they themselves named in their complaints had never raped them.

As a result, 22 rape accused got off the hook in the name of ‘societal harmony’.

Eight years later, in 2021, only one woman’s case against three rape accused continues in court.

HOW ONE SEPTEMBER 2013 NIGHT CHANGED EVERYTHING

“Till when can we keep running away from these people? Till when can we keep being scared of them? I wish all the women had fought the cases together and supported each other. The accused would have surely been punished at some point or the other. As I got to know they all settled one after the other, I kept a distance,” 32-year-old Aafreen (name changed to protect identity) tells this reporter as we sit to speak in her home in UP’s Shamli district.

Her home adorns grey walls, the kitchen is poorly lit and the bathroom does not have a door. But things were not always like this, she says.

Aafreen’s first marriage was an abusive one, with a man who beat her up for not bearing children. Frustrated, he had given her a divorce. After that she met Amaan and had married him five years before the riots.

They built a life for themselves in Shamli district’s Lank village. Their home had two rooms, a hall and relatives who lived close by. She worked as a tailor at home, while Amaan* (name changed) had a shop in the village. Soon she had two sons. But these years of bliss came to an end with the shocking turn of events of September 2013.

This is Kawaal village, where the riots of 2013 were sparked from.

In the face of this relentless barrage of intimidation, her strength to keep up against bribes, threats and pressure has remained unchanged. She has accustomed herself to a lonely life, spending most of her time with her children, husband and relatives. It is because of everything she has been through, that Aafreen is impatient to see the accused being punished. She wants all the duress she has been put through to culminate into seeing the accused behind bars. “That will be a sweet and good day for me. To see them punished. To see justice work,” she says with a smile.

Aafreen does not believe money can buy justice. “The others have taken money and they say they got justice, like this anyone could do anything, give away money and call it justice. I do not agree with this. Justice can’t be bought,” she said.

When asked what she means by justice, she says it means the court pronouncing these men are truly criminals, that they are rape accused and must languish in jail.

But the accused, functioning out of self interest, have made repeated attempts to avert the judicial process to save themselves. They were especially emboldened by how the other cases of rape had fallen flat and have a brewing bitterness about their case not going the ‘faisla‘ way.

This reporter spoke to two of the three who went. Tejpal Singh and Malkhan Singh, who are ‘zimmedaar’ (responsible) elders from the village had had gone to meet Aafreen with the intention of settling the matter out of court. “We know that the cases from Fugana village had reached a compromise. So we thought even ours could be dealt with. The issue would end. From a societal perspective, we went there so that the issue gets resolved,” Singh had told this reporter.

Unable to influence her, they reached out to witnesses in the case.

Aafreen’s lawyers submitted in court that two people related to the case had been approached and pressurised, while also being asked to convince Aafreen’s husband Amaan (name changed) to reach a compromise.

Arun Malik made effort after effort to get his brother, Sikander, off the hook. But, in the end, he failed.

Years of trying have got them no where. They have finally realised, even if temporarily, that Aafreen will not give up. The realisation that the window to settle has passed has settled in.

But that does not keep any of them from ridiculing Aafreen for hours. She had registered her case of rape months after the incident. “She did this only after Akhilesh Yadav (then UP CM) had announced Rs 5 lakh compensation for rape victims. She did this for the money only,” he said.

‘WANT TO MOVE TO A PLACE WHERE CAN LIVE PEACEFULLY’

Aafreen continues to not be able to peacefully sleep at night.

“I feel uneasy. I have not been able to forget that incident,” she says. A few seconds later she requests her two sons to go to the terrace for a bit. After they are out of sight, she says, “I am reminded of how they caught me and dishonoured me. They came and forced themselves on me. This is why I keep getting tensed. Above that, the fact that my case continues to languish in court really bothers me.”

As her sons play upstairs and we hear the sound of something fall, she says, “I also feel hurt by the thought that once my kids know what will they say to me? What will they think of me?”

She wants to relocate to a place where she is not defamed, where she can send her sons to school and where she can lead a normal life. A few years ago her old home in Lank village was sold off. This reporter met the buyer at the village. 40-year-old Sanjeev Kumar has already started breaking the old home down and building a new one in its place. Asked if he ever feels weird about living in the home of someone who was rendered homeless during the riots of 2013, he said, “Why should I feel weird? There is no reason to feel weird,” he laughs and says that his family needs more space to live.

Standing with his hands on his hips is Sanjeev Kumar. A resident of the village who bought the home Aafreen used to live in.gone to ground zero and reported on her trial that began after six years in 2019.