The hospital Dr Neha Agarwal works at has stood by her, and said she is not guilty of any negligence. However, the state administration has suspended her. 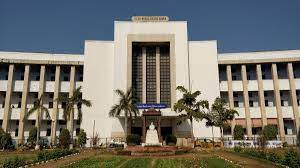 Kanpur: A doctor in Kanpur who raised her voice against sub-standard ventilators provided under the PM-CARES Fund has been suspended for “medical negligence” which allegedly caused a child’s death.

There has been an uproar after the letter of Dr. Neha Aggarwal, suspended assistant professor of Pediatrics Department of GSVM Medical College and in-charge of Pediatric Intensive Care Unit (PICU) surfaced. In her letter, she had apprised the Head of the Department of Pediatrics about the malfunction of all types of ventilators.

Assistant Professor Dr. Neha had written a letter to the Head of the Department on July 5, 2021, apprising him about the status of ventilators of PICU. He had written in the letter that two weeks ago two Agva ventilators were installed in the PICU. Both are not working. One suddenly stopped while walking. The second one is not working fine. He also wrote that even one of the five ventilators is not working. Apart from this, the ventilator of Bharat Heavy Electric Limited does not have a Y piece collector. The shortage of all these ventilators should be removed.

For the first time, the government was misled by sending a wrong report. When the matter came to light, for the second time, the Medical College Administration has sent a report to the government stating that there is a clerical error. On this, the government has asked why no effort was made to rectify the error after so many days. Because of this the image of the medical college and the government has been tarnished. Submit its report within a week.h

IAP members fury: Indian Academy of Pediatrics (IAP) members have expressed their displeasure over the implication of pediatrician Dr. Neha Agarwal. They are furious about this matter. He says that this matter will also be kept in the IAP meeting.

Pro. Sanjay Kala, Principal, GSVM Medical College.- I Have also seen the letter, according to him there is no fault of Dr. Neha. How Dr. Yashwant made such a mistake is beyond comprehension. According to the third wave of Corona, the hospital needs doctors. Many doctors have already left. Therefore, a letter has been written to the government urging it not to take action. Now the decision has to be taken from the level of the government itself. –

According to the state administration, orders for Dr Neha Agarwal’s suspension have been sent to the Ganesh Shankar Vidyarthi Memorial Medical College (GSVM).

The HoD, Yashwant K. Rao, had then written a letter to the then principal, R.B. Kamal, on July 6, informing him about the faulty ventilators. Rao also refused to use the ventilators in the future, citing a child’s death allegedly because one such ventilator stopped working abruptly.

Rao also demanded a ventilator from another company. He also informed the GSVM administration that despite the ventilator being repaired several times, the problem could not be solved. These two letters stirred the medical college as well as the state administration.

Gandhi had specifically shared a link pertaining to one manufacturer – AgVa Healthcare. In its response, the company said that the former Congress chief is not a doctor and they would be “happy to give him a demonstration” of their product.

In accordance with Prime Minister Narendra Modi’s Atmanirbhar Bharat initiative, some ventilators were purchased to tackle the COVID-19 surge from indigenous manufacturer AgVa through the PM-CARES Fund.

According to GSVM principal Dr Sanjay Kala, his college had received as many as 26 ventilators in 2020 during the first wave of the pandemic under the PM-CARES Fund. Two of them had been used by the paediatric department. He said that the then principal, Dr R.B. Kamal, informed the state authorities about the faulty ventilators and also requested for a replacement. On being asked about the child’s death, he replied, “I was not the principal that time.”

In the first week of July, one of the ventilators stopped working abruptly. It was being used for the treatment of a child suffering from tuberculous meningitis.

Doctors on duty shifted the patients to an advanced ventilator. The child died after four days. After this, Dr Aggarwal wrote a letter to the head of the department, saying that the ventilators were not working properly.

Instead, when the child’s death and faulty ventilator issue first became public, an inquiry was conducted by a three-member committee of GSVM doctors. The committee had given a clean chit to Dr Agarwal in its investigation report. It said that the child died during the ongoing treatment under the supervision of the HoD, paediatrics. The patient was also attended to by doctors in the neurology department.

Sources revealed that a three-member committee comprising Dr Roopa Dalmiya Singh from the paediatrics department, Dr Chandrashekhar from anaesthesia and Dr Saurabh Agarwal from medicine was constituted on Kala’s instructions.

Dramatic welcome for BJP president, Amit Shah in Meghalaya
Is Maya Modi’s political jaal?
Press Release- Serial Hunger strike by 50 tribals of Gadchiroli district incarcerated at the Nagpur ...
The story of Ismat and other Rohingya widows