Patkar said she has moved the top court for directions to the Centre, states and union territories and high powered committees (HPCs) to formulate a uniform mechanism so as to decongest the prisons pan-India, with respect to the release of the prisoners aged above the age of 70 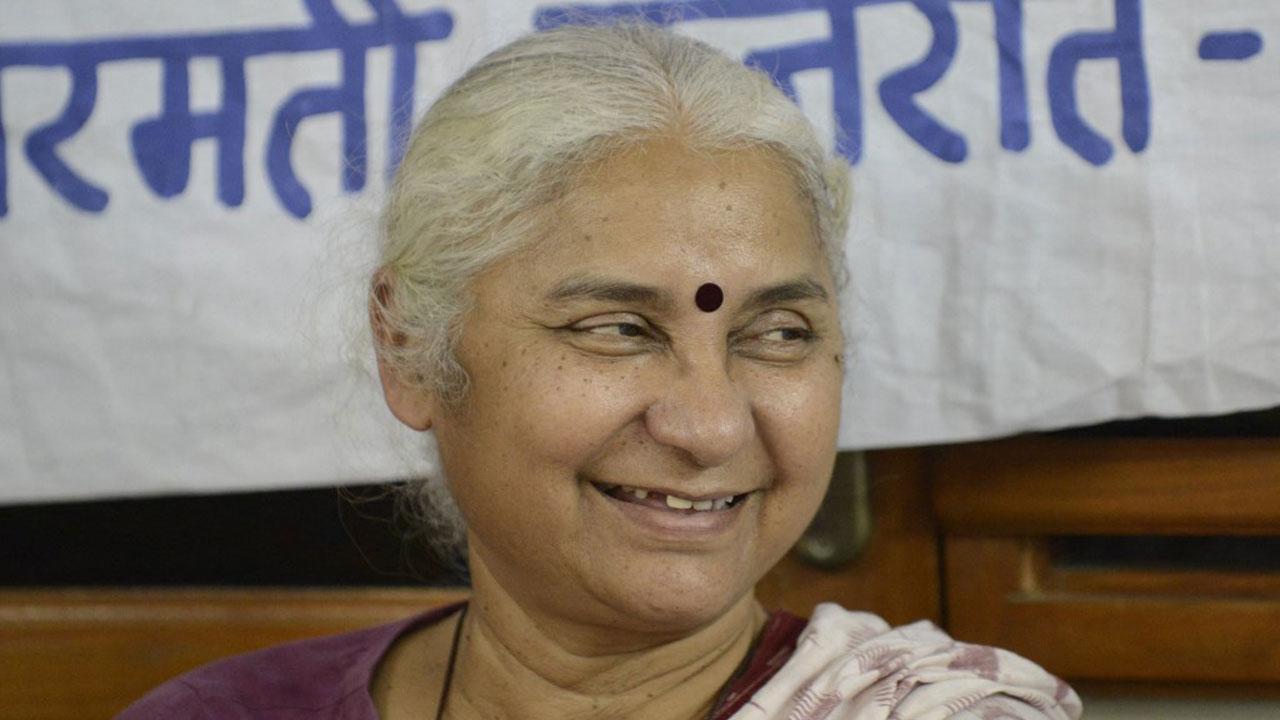 Social activist Medha Patkar has moved the Supreme Court seeking directions to the Centre and all states and union territories for taking immediate steps including release of prisoners above 70 years of age either on interim bail or on emergency parole to safeguard their interests.

Patkar said she has moved the top court for directions to the Centre, states and union territories and high powered committees (HPCs) to formulate a uniform mechanism so as to decongest the prisons pan-India, with respect to the release of the prisoners aged above the age of 70.

Patkar, in her plea filed through advocate Vipin Nair, said, “Nelson Mandela had remarked that no one truly knows a nation until one has been inside its jails. This great leader, who was incarcerated for almost 27 years, held the firm belief that a nation should not be judged by how it treats its highest citizens, but its lowest ones.”

Her plea referred to the Prison Statistic published by National Crimes Record Bureau, which said 19.1 per cent of the total convicts in prisons in India are aged 50 years and above.

It said that similarly, the total number of prisoners who are above the age of 70 years as on May 16, according to National Prisons Information portal is 5,163 except for the data from Maharashtra, Manipur and Lakshadweep as their statistics are not available.

Giving a brief background to the case, the plea said that the top court on March 23, 2020, had directed the states and union territories to constitute a HPC, so as to determine the class of prisoners who can be released on emergency parole or interim bail.

The plea said that on April 13, 2020, the court clarified that it had not directed the states/union territories to compulsorily release the prisoners from their respective prisons and the purpose of earlier direction was to ensure that the states/union territories could assess the situation in their prisons having regard to the outbreak of present pandemic in the country and release certain prisoners and for that purpose to determine the category of prisoners to be released.

“On the basis of such a direction, the States/ UTs constituted HPCs and most of the HPC have classified prisoners for being released on bail or parole on the basis of the gravity of crime and the likelihood of the prisoners to misuse the concession granted to them,” it said.

“The most susceptible ones here are the aged/ elderly prisoners, who have a higher chance of getting infected (specifically septuagenarian prisoners, that is above 70 years). However, on a positive note, some HPCs of the states have taken a step towards releasing such old age prisoners,” it said.

Giving details of the approach adopted by different states on the issue of release of elderly prisoners, the plea said that data of Gujarat and Rajasthan are the worst.

With regard to Rajasthan it said that according to data available on National Prison Information portal regarding the number of aged prisoners in the central prisons, the total inmates are 9679, between 50-60 years (612), between 60-70 years (309) and above 70 years of age are 84 inmates.

The plea said that prisons in Gujarat and Rajasthan are not according to the prescribed norms and are also densely packed as compared to their official sanctioned capacity.

“As such, there is every possibility that the miniscule section of the elderly prisoners in the prisons across the state shall fall prey to the infection. Although the High-Powered Committee of the states of Rajasthan and Gujarat have directed release of prisoners pursuant to the directions of this Court, there is a need to consider release of elderly prisoners on the basis of their vulnerability to the infection,” the plea said.

It said barring a few exceptions, some states have not taken necessary steps regarding the release of aged prisoners despite the deadly effects of the virus.
“It can be thus seen from the different approaches of the HPCs that there is no uniformity in this regard by the HPCs of different state and also there seems to be no uniform criteria adopted by the states to decongest the prisons where aged/elderly prisons are undergoing their sentence of imprisonment,” it said.

The plea said that the release of elderly prisoners, irrespective of the nature of the offences, is necessary and at the same time feasible for practical reasons and should not in any manner pose any law and order difficulties.

The plea in the alternative sought direction to the Centre, states and union territories to ensure that those of elderly prisoners who are not willing to avail the temporary release are shifted to the most uncongested prisons and if possible, open prisons with adequate medical facilities.

In Jharia’s Coalfields, Residents Live Under A Constant Fear Of Subsidence, With Little Promise Of R...
#India-The burden of being a dissent in democracy -Story of J Roslin #RIP
PUCL Condemns the TN Government and Police for the Jallianwala bagh style killing of Innocent Peop...
An open Letter to Israeli academics #GazaUnderAttack