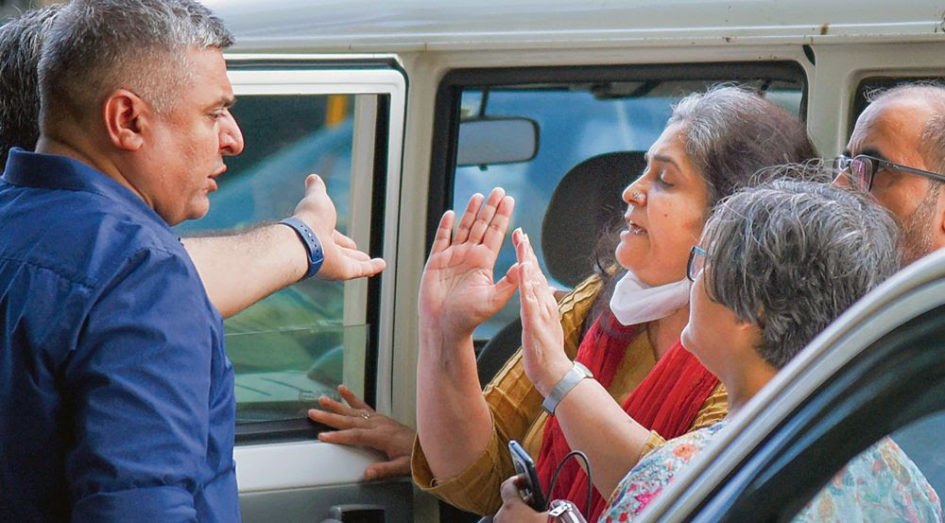 Setalvad was arrested on June 25 and had been lodged in the Sabarmati Central Jail. Her bail plea was rejected by a city court in Ahmedabad on July 30.

Human rights activist Teesta Setalvad walked out of prison on Saturday, a day after the Supreme Court granted her interim bail in the 2002 Gujarat riots case. The top court granted her bail on the condition that she surrenders her passport and cooperates with the investigation in the case lodged against her by the Gujarat Police that has accused her of falsifying evidence in the communal riots cases.

A bench of Chief Justice UU Lalit, Justice S Ravindra Bhat and Justice Sudhanshu Dhulia said that in its view Setalvad is entitled to be released on interim bail.

“In our view, the appellant (Setalvad) is entitled to the release on interim bail… We are not considering whether Setalvad is released on bail or not and the high court shall decide the same… We have considered the matter only from the standpoint of interim bail… Thus, we grant Teesta Setalvad interim bail,” the bench said in its order.

Setalvad was arrested on June 25 and had been lodged in the Sabarmati Central Jail. Her bail plea was rejected by a city court in Ahmedabad on July 30. She later approached the Gujarat high court, which issued a notice on her appeal on August 3 but refused to grant her interim bail till the pendency of her matter in the high court

Setalvad then approached the top court against this order and against the earlier dismissal of her bail plea by the trial court.