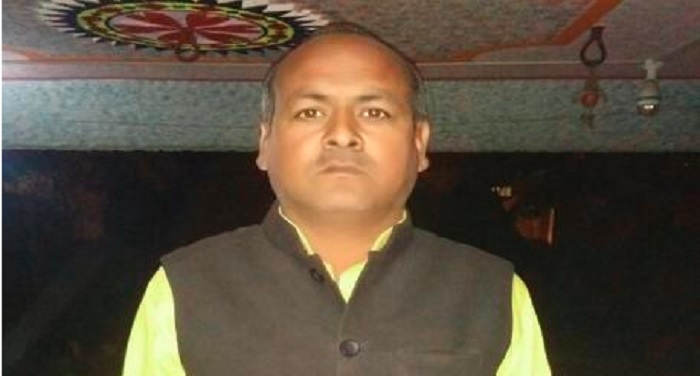 Hareram Yadav, 50, was out on his morning walk when motorcycle-borne men shot him dead in Bihar’s Samastipur district

Hareram Yadav, 50, was out on his morning walk when motorcycle-borne men shot him dead in Bihar’s Samastipur district.

According to a district police official Ajeet Kumar, the incident took place at Pukar chowk near his village. “Hareram Yadav was killed at close range after the assailants enquired about his well being.”

The police officer said it appeared to be the handiwork of people who knew how to handle weapons.

Angry over the incident, hundreds of villagers staged protest by blocking Hasanpur-Bithan road and shouted slogans against Bihar Chief Minister Nitish Kumar and demanded the arrest of the killers.

Hareram is the fourth RJD leader in Bihar to be murdered after Nitish Kumar formed the new JD-U-BJP government after dumping the Grand Alliance with the RJD and Congress in July end.

RJD chief Lalu Prasad and his younger son Tejashwi Yadav, who is the Leader of Opposition in Bihar assembly, has repeatedly slammed the state government in last few days over “spurt in crimes and total failure of law and order”