Delhi Riots Case – Foundations of our nation can’t be shaken by protest by college students; UAPA not for usual offences: High Court 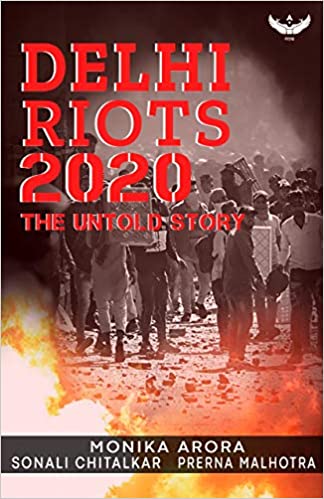 Granting bail to Asif Iqbal Tanha, the Court said that frivolous invocation of “extremely grave and serious penal provisions” under UAPA “would undermine its intent and purpose.

Foundations of our nation cannot be shaken by a protest organised by a tribe of college students, said the Delhi High Court on Tuesday as it opined that prima facie, no offence under the Unlawful Activities (Prevention) Act was made made against Asif Iqbal Tanha (Asif Iqbal Tanha vs State).

“We are of the view that the foundations of our nation stand on surer footing than to be likely to be shaken by a protest, however vicious, organised by a tribe of college students or other persons, operating as a coordination committee from the confines of a University situate in the heart of Delhi.”

Cautioning against the frivolously invocation of the “extremely grave and serious penal provisions” under UAPA, the Court added that such an approach “would undermine the intent and purpose of the Parliament in enacting a law that is meant to address threats to the very existence of our Nation”.

“Wanton use of serious penal provisions would only trivialise them“, the Court said.

In Tanha’s bail order, the Court discussed in detail the scope of the phrase ‘terrorist act’ under section 15 of UAPA and opined that the term cannot be used so lightly that it would “trivialise the extremely heinous offence of terrorist act”.

The Court clarified that terrorism under UAPA ought to be understood differently from conventional, heinous crimes that fall within the Indian Penal Code.

The Court thus opined that the intent and purport of UAPA is to deal with matters of profound impact on the ‘Defence of India’, nothing more and nothing less.

In the backdrop of the above discussion, the Court noted that the only specific, particular and overt act attributed to Tanha in the chargesheet was that he handed over a SIM card given to him by someone else, to a co-conspirator/coaccused, which was further used to send messages on a WhatsApp group.

Furthermore, there was no allegation of recovery of arms, ammunition and other articles from Tahna, the Court added.

Considering the above and the fact that the alleged disruptions were restricted to North-East Delhi, the Court rejected Delhi Police’s stand that the ongoing protests were “not a typical protest but an aggravated protest which was intended to disrupt the life of the community in Delhi”.

“We find ourselves unpersuaded and unconvinced with this submission since we find it is not founded on any specific factual allegation and we are of the view that the mere use of alarming and hyperbolic verbiage in the subject charge-sheet will not convince us otherwise. In fact, upon a closer scrutiny of the submissions made on behalf of the State, we find that the submissions are based upon inferences drawn by the prosecuting agency and not upon factual allegations,” the Court opined.

Whether the protests entered the forbidden realm of a non-peaceful protest and whether offences were consequently committed, was the subject matter of another FIR in which Tanha was already on bail, the Court recorded.

While granting bail, the Court also considered that trial would not see conclusion for many-many years to come.

“Should this court then wait until the appellant has languished in prison for a long enough time to be able to see that it will be impossible to complete the deposition of 740 prosecution witnesses in any foreseeable future, especially in view of the prevailing pandemic when all proceedings in the trial are effectively stalled? Should this court wait till the appellant’s right to a speedy trial guaranteed under Article 21 of the Constitution is fully and completely negated, before it steps in and wakes-up to such violation? We hardly think that that would be the desirable course of action.”, the Court questioned.

Apart from weighing in the three cardinal concerns against grant of bail pending trial i.e. evidence tampering, witness intimidation and abscondence, the Court also considered that pre-trial detention would not only lead to needless psychological and physical deprivations but also seriously hamper Tanha’s participation in preparation of his defence at the trial.

Mumbai - Surprise demolition by BMC is emerging as the main reason of burning of hundreds of shantie...
#Sundayreading - Evolution of the Mumbai underground: gunrunning to realty
China puts human rights activists on trial
#India-Areva closes in on key agreement for Jaitapur plant #nuclear