Farmers’ demonstration on the borders of Delhi on June 13 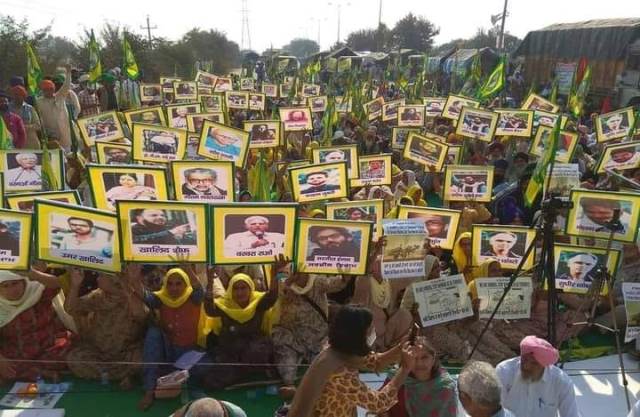 The Indian Kisan Union will hold a rally on June 13 demanding the immediate release of intellectuals and democratic rights activists who have been mopped up by the Center for illegal cases. The rally will be organized by the Indian Kisan Union (BKU) Ekta (Ugrahan) on the borders of Delhi to protect the democratic rights of the people to protect freedom of expression.

BKU Punjab Secretary of State Shingara Singh Mann said in a press release that the rally was organized three years after the arrests of Bhima Koregaon, an association calling for opposition to brutal laws such as the UAPA, NSA and treason that suppress democratic rights.

The BKU has expressed solidarity with the call for the release of BK16 (16 in the Bhima Koregaon case) who are serving jail terms on false charges in Mumbai jails by various democratic organizations at the national level. Shingara Singh Mann has accused the Modi government of imprisoning dozens of intellectuals and democratic rights activists who write and speak for the people on false charges. It has been three years since the arrest of intellectuals in the Bhima Koregaon case and their trial has not yet begun. Many of them are elderly and face many health challenges. Although the Kovid epidemic was rampant in the jails, they were not even granted bail. The government does not care about their health conditions. Deliberately neglects them to die in prison. Also, several people are serving jail terms in Delhi jails in connection with the Delhi riots conspiracy case.

The intellectuals were arrested for raising awareness about the government’s religious fascist policies. Many of them have been speaking, writing and fighting for the rights of tribals, poor farmers, dalits, women and other working classes for the past several decades. By detaining them, the government wants to instill fear in the minds of these sections of the society and keep those idiots away from the people. So much so, that every voice that wants their release is branded a Maoist or a traitor. Shingara Singh Mann appealed to people and organizations from all walks of life to take part in a public meeting on June 13 to demand the release of the arrested intellectuals, the repeal of these cruel laws, and the protection of democratic rights and freedom of expression.

#India - Passive Euthanasia stands as Law ,even as SC refers it to Constitution Bench
There Is No Verification To Ensure That An individual Applying For #Aadhaar Is A Bonafide Resident
AAP leader arrested for sexual assault #Vaw
Scientist Stephen Hawking has died aged 76 #RIP