The family of 29-year-old Divya* has started an indefinite protest in the colony demanding to bring culprits of the suspected murder to light.

On the night of February 2, when 29-year-old Divya* left her home, her two children were fast asleep. But it was only when they awoke the next morning that their nightmare began. Their mother, hailing from a tribal colony in Kerala’s Wayanad, had been found dead in a field, over a kilometre away from their home, near a forested area. The cause of death in the post-mortem report is electrocution due to a shock from an illegal electric fence around the field, and Jinu Kalappura, the owner of the land, was arrested for culpable homicide and evidence tampering as he allegedly tried to hide the fence after Divya’s death.l

However, Divya’s family alleges that there’s more to the death than what meets the eye. They believe that Divya was a victim of sexual exploitation, and that her death is, in fact, a murder —  caused by a longstanding system of violence and power dynamics perpetrated against generations of Adivasi women by men from non-tribal communities

Divya lived in her mother’s house with her two children at Kalappura tribal colony in Kurukkanmoola near Mananthavady in Wayanad. In the post-mortem report, the police concluded that Divya had died of electrocution from Jinu’s illegal fence. However, though nine months have passed since her death, key details in the case are yet to be parsed out. For one, it has not been determined how Divya reached the field where she was found dead, and how she managed to walk through the thick forest in the middle of the night despite lack of evidence to support the claim, according to her family.

But it was Divya’s mother, Ammu*, 70, who provided the most intriguing revelation — Divya’s biological father is not Ammu’s husband, but a local man prominent in the Christian community. Jinu, on whose field Divya’s body was found, and who has been arrested in the case, is his son.https://72b3ef1875d3061b433bdbe531c66a20.safeframe.googlesyndication.com/safeframe/1-0-37/html/container.html 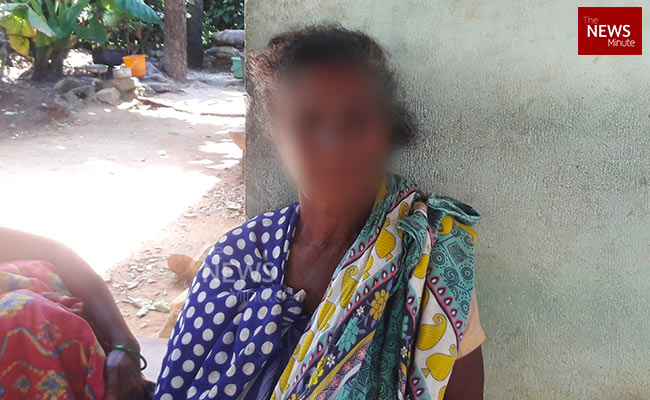 According to Ammu, this is a pattern that has long gone unchecked — men from outside tribal colonies coerce tribal women into sexual relationships, in exchange for assistance through money or other favours. Ammu has faced such exploitation, and believes that her daughter did as well. And she is alleging that this oppressive system is linked to Divya’s death.

Speaking to TNM, one of Divya’s elder sister also revealed the sexual exploitation that she has allegedly been facing from “The man assaulted me initially saying that he will marry me. Then when he asked me to elope with him somewhere outside Kerala, I objected as I had to look after my children. But still the assault continued. He used to physically assault me when I objected to his whims,” the sister said.

Divya’s family has started an indefinite protest in the colony, demanding an investigation into her death and the questioning of suspects.

Shanto Lal, a human rights activist who is based in Wayanad and is the leader of the rights group Porattam, said, “Divya should get justice, but this points to the safety issues faced by Adivasi women. There have been many similar issues in the past. There should be intervention to address them.”

Sitting on the veranda of a small house in the Kalappura tribal colony, Ammu recalled her initial meeting with her neighbour. She does not remember the exact year when her neighbour, a man from outside the tribal community (and after whose family the colony is named) approached her to demand sexual favours. Even after he fathered Divya, he continued to pursue Ammu for many years after. 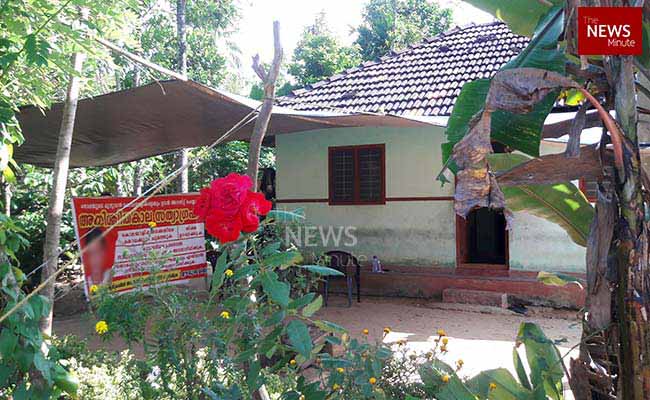 “He used to say that he would take care of me if anything happened. After Divya was born, he used to give money to me and Divya as well. Sometimes he would give Rs 6,000 to Divya monthly,” Ammu recounted. Ammu alleged that his family resented him spending money on the two of them.

Once Divya grew up, Ammu said, she could not escape the system of sexual exploitation that her mother and sister had faced. She was allegedly propositioned by a non-tribal man, with whom she had a child. This had created issues between Divya and her husband, and he had been staying separately from her because of it, while she resided with her mother and two children, who are studying in class 8 and 10 respectively. 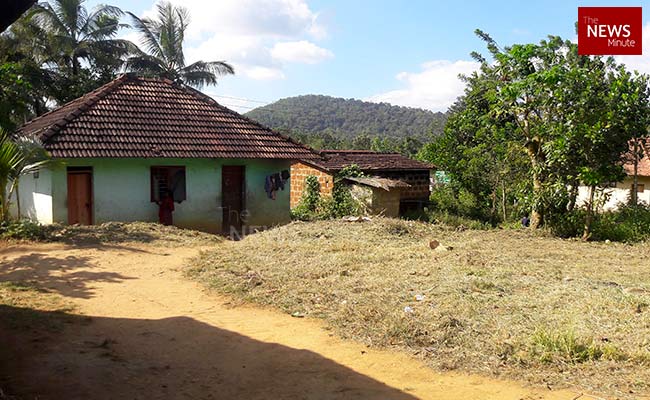 “He used to call her on the phone and demand that she come to his place. On the night she went missing, she had received a similar phone call. We suspect that it was him,” her mother said.

The man owns an abandoned house near the tribal colony where Divya lived. The path which leads to the field where Divya was found dead passes along his house. 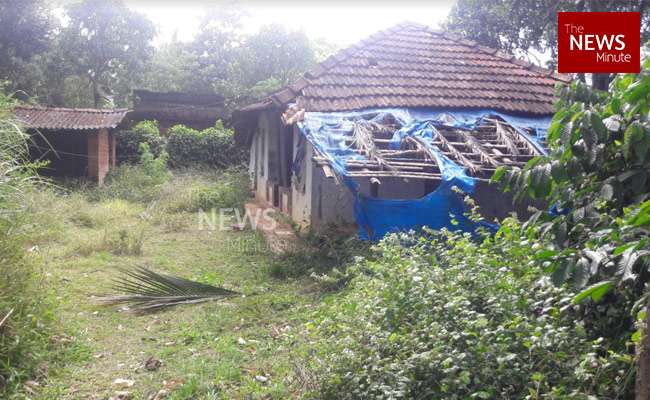 On the night that Divya went missing, the family alleges that neighbours heard sounds of a woman crying from the vicinity of the house. Human rights activists in the region alleged toTNM that bloodstains had been found on the premises of the house on the day Divya was found dead.

“But the police did not collect samples or even bring a sniffer dog, though these issues were raised,” activist Shanto said.

He noted that the police had not booked the man, despite his allegedly exploitative relationship with Divya. “He was taken in custody by the police and was let off,” Shanto said.

In addition to these suspected links, the family has continued to raise questions to bolster their allegation that Divya was murdered.

According to the family, neighbours and activists, the police had stated that it was Jinu who discovered Divya’s body in the field, where fodder grass is cultivated. But the timing of this has raised eyebrows. 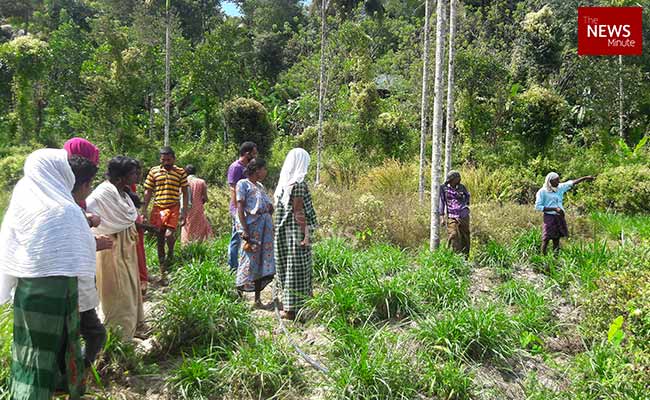 Field where Divya was found dead

The family has also asked why no dirt was found on Divya’s legs if she walked through the forest on her own.

“If she had actually, as the police have said, walked across this forest and to this field, her legs would at least have marks of mud. When we walked to the place to see her body, our legs were covered in mud. It was as if she was carried by someone and laid there,” her sister alleged. 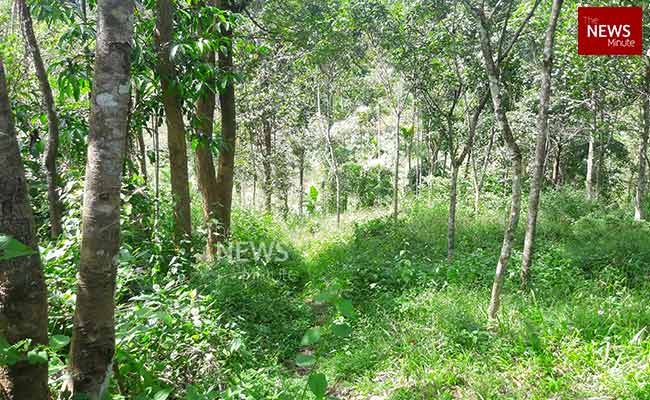 Forest leading to the spot Divya was found dead

Though the post-mortem report has stated the cause of death as electrocution, and an electric fence is installed at the site, Divya’s family alleges that it could have been temporarily fixed to divert the investigation. The post-mortem report also found traces of alcohol in Divya’s body.

Eight months after Divya’s death, her family filed a complaint with the Wayanad Superintendent of Police, detailing the alleged sexual exploitation that Divya had been facing as well as the suspected links to Divya’s biological father. But so far, no police official has come to the colony to collect statements.

How mechanism of sexual exploitation works

According to tribal activists working closely in the region, the sexual exploitation of Adivasi women by men from non-tribal communities has been happening for generations.

“It was most rampant in the previous generations. The tribal belt was the most sought after place for men who had to leave mainstream society due to reasons like their involvement in crime. These people would mostly focus on the most vulnerable families, get into a relationship with the woman there. It’s easy access for them, they cannot be asked to leave the place by others in the community. This was the mechanism seen among a section of non-tribal encroachers who settled in the tribal belt earlier,” said M Geethanandan, state coordinator of Adivasi Gothra Mahasabha.

In a majority of cases, it is women from the most vulnerable families who fall prey to exploitation.

“Women from broken families, widows, single mothers are usually pushed into exploitation on the basis of trivial promises. In most of the cases, women don’t realise that this is exploitation,” said Malappuram based Chithra Nilambur, an activist from the Cholanaikkans tribal community which lives in the interiors of Nilambur forest. This makes the issue much graver, she added.

Chithra said that a large section of women who are exploited, have a false understanding about the men who approach them. “Many believe that these men from other communities approach them with genuine feelings. This is the reason why women feel reluctant to file complaints against the exploitation,” added Chithra.

While the agency and consent of Adivasi women in such relationships cannot be dismissed, as anthropologists and academicians have observed, Chithra said that the values of sexual liberalism that are prevalent in many tribal communities have been exploited by non-tribal men.

“There exists a certain level of sexual liberalism among most of the tribal population, but there is also exploitation under the cover of this. However, in many instances this is not realised,” added Chithra.

However, activists also state that the growing educated generation has become more vociferous on the issues of sexual exploitation. “Now the exploitation is starting to be questioned by people from the community unlike before,” said Geethanandan.