In India’s pandemic, the rich buy luxury cars and the poor lose their homes 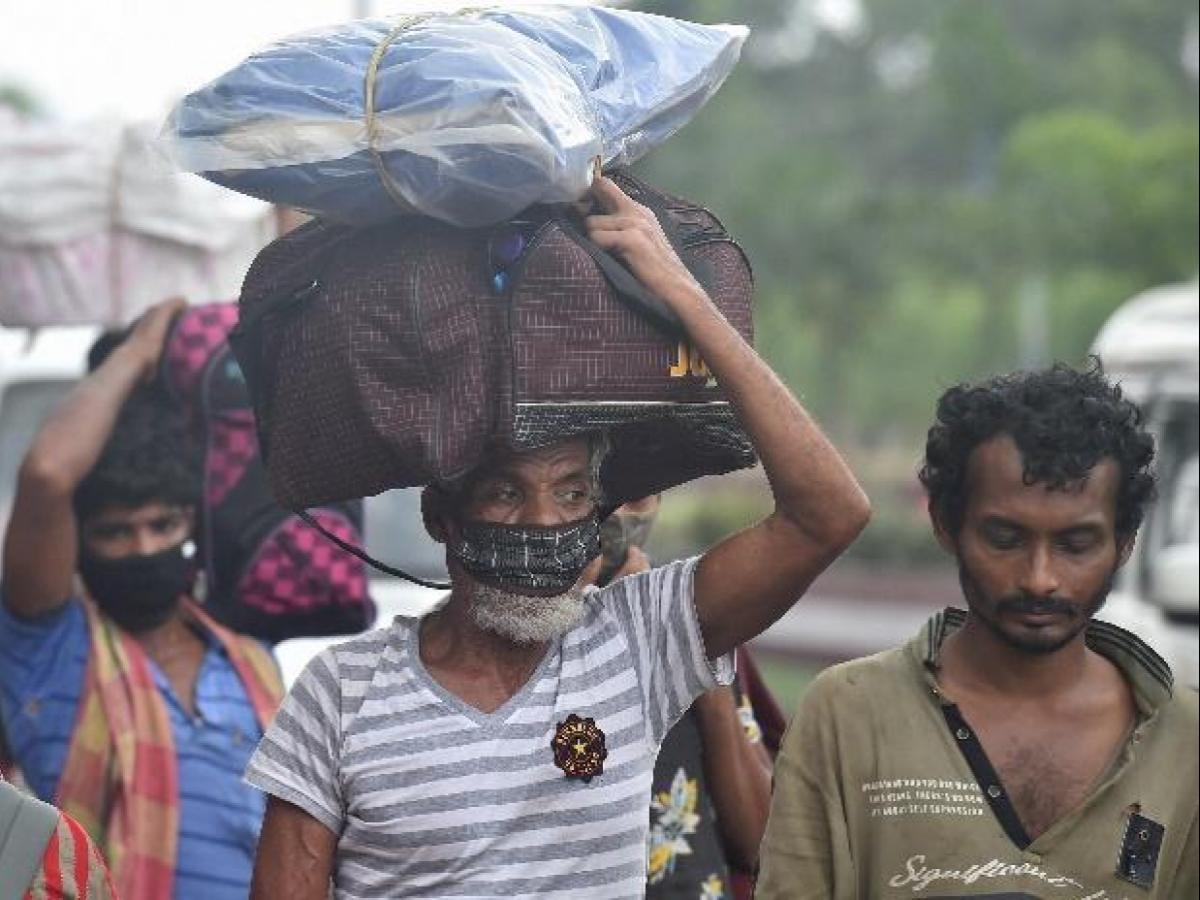 Kolkata: Migrants arriving at Howrah station via trains look for local transport to reach their destination, during the ongoing COVID-induced lockdown, in Kolkata | PTI photoMercedes-Benz AG recently introduced its Maybach sport utility vehicle in India–right in the middle of a fierce second wave of the pandemic. The 50 cars the German automaker wanted to sell by the end of 2021 were lapped up in a month. It turns out that just as the rich were scrambling to own these $400,000 wheels, annual per capita income was sliding below $2,000, with the country falling behind neighboring Bangladesh.

Emerging economies have historically tolerated higher inequality, hoping to hit the inflection point in the Kuznets curve, beyond which incomes keep rising but disparities fall. Whatever the merits of the controversial hypothesis, the gap opened up by Covid-19 is no price of progress. The situation that India finds itself in today–brisk sales of luxury cars and soaring net worth for billionaires amid widespread joblessness and depleted savings–reflects a lack of fiscal imagination. The state’s reluctance to do more could prove costly. Poor households ate less last year, and economists are warning of another wave of intense food deprivation.

Colleagues at Bloomberg News recently chronicled a story that’s becoming all too familiar: Shoemaker Shyambabu Nigam had to sell his modest house to pay the $8,230 medical bill from his wife’s Covid-19 complications. One of his three leather-sewing machines is also gone. The debt-strapped couple is renting a room in a nearby village. Well-meaning initiatives, such as a government-backed emergency credit line that has been available to small businesses since last May, can’t reach highly informal micro units like Nigam’s.

Prime Minister Narendra Modi has extended–until November–an existing program to make available fixed amounts of free food grains to 800 million people. Additional wheat and rice entitlements did help the poor last year. Yet, in the absence of incomes, the bottom quartile of the population had to drastically cut down expenditure on eggs, meat and fruit.To avoid a second straight year of nutrition crisis, it’s critical to provide poor households an immediate sustenance income: Say, slightly more than $2 a day for at least three months. The proposal has come from a team of economists at the Bangalore-based Azim Premji University. It will, the researchers argue, be of some help, though perhaps won’t prove enough. “The proposed cash transfer is just equal to incomes lost last year by the poorest 10% of households, leaving alone the second-wave impact.”Officially, there’s no word on such a cash transfer plan. Obsessed with keeping a lid on borrowing costs, the government is making things worse for the common man by its regressive consumption taxes, including on gasoline and life-saving Covid-19 drugs, and by a very high dependence on cheap money from the central bank. Excess liquidity, reflected in elevated asset prices, is creating what on paper looks like an oasis of opulence in a desert of despair.

Economic power flowing from workers and small enterprises toward large firms–uncontested, if not aided, by India’s fiscal policy–is boosting their valuations. It’s helping create the wealth that’s powering sales of Maybach SUVs and a lot else besides. A $43 billion surge in Gautam Adani’s wealth this year has catapulted the tycoon from Modi’s home state of Gujarat to take his spot behind fellow Indian businessman Mukesh Ambani as the second-richest person in Asia. Billionaire investor Radhakishan Damani bought a $137 million mansion in Mumbai in April, the priciest-ever property transaction in the country.

Mid-size and small steelmakers are struggling with sub-optimal 62% capacity utilization, while five large producers, which raised their market share by 5 percentage points to 58% in just one year, are using their “blockbuster profit” to pay down debt, according to Crisil, an affiliate of S&P Global Inc.When the government closes its annual accounts next March, the budget deficit will likely exceed its $206 billion target. This shortfall, which under normal circumstances would have been 6.8% of gross domestic product, may be higher now because of the deadly surge in infections in April and May, the first two months of India’s financial year. Output growth will be slower, and tax collections lower, than expected. When the government collects less in taxes than it spends, more money is staying in private hands. But are they the right hands? Probably not.

Securing and administering vaccines should have been the obvious expenditure priority for this year. Even at a high per-dose cost of $10, adding 0.8% of GDP to the fiscal deficit would be money well spent, says University of British Columbia economist Amartya Lahiri. He’s right. So far, only 5% of the 1 billion adult population has been fully vaccinated. Now that localized lockdowns are being relaxed, the 23 million daily-wage workers who have lost their livelihoods since January have to go out to rebuild their lives. The salaried class isn’t faring much better. Of the 8.5 million jobs lost this year, many may get replaced by gig-economy work. New-age startups may thrive because Covid-19 has accelerated the pace of digitization.

Many traditional tiny firms, the kind that used to sustain millions like the shoemaker Nigam, will vanish.The Taj Mahal, a Mughal emperor’s ode to his dead wife, stands tall in the northern city of Agra. Nigam’s act of love to save his wife was to sell their two-bedroom dwelling that took years to own. The house had a view of the 17th-century mausoleum, and it now belongs to someone else.

Dharavi corona tally now 101 with 15 new cases
﻿ Syrian Writers, Artists, and Journalists Speak Out Against US and Russian Policy
Cultural activist Vira Sathidar wants to make his own film
Narendra Modi, the man and the message