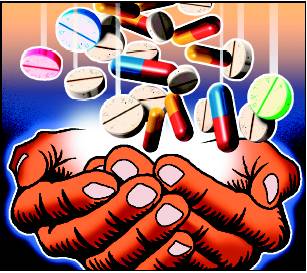 In the Independence Day speech of 2011, you had mentioned that the 12th Five Year Plan will be the ”Health plan” and you mentioned “A scheme to provide free medicines to all in public hospitals is being formulated” in your address to the nation on Independence Day 2012. But, unfortunately both of your announcements have yet to see the light of day even when the 12th Five Year Plan period has begun from 1st April 2012. Notwithstanding the fact that the ultimate solution to burgeoning health problems of the majority of India’s citizens

lies in “Universal health coverage through state funding” as recommended by the Planning Commission instituted High Level Expert Group (HLEG) and various working groups constituted to formulate 12th FYP, but even the implementation of any national scheme for free medicines to all is uncertain. Statements of many senior officials of the Union Ministry of Health & FW at various platforms imply that the Central Government has no plans to initiate a scheme of free medicines to patients but will promote this concept by persuading state governments to carry it out by seeking additional funds and incentives under the NRHM from the Centre. The Central Government has released a budget of Rs. 1300 crores for it which is grossly insufficient in contrast to the recommendation of the Working Group on Drugs and Food Safety of the Planning Commission for the 12th FYP. This group has suggested an annual budgetary contribution from the Centre of Rs. 5500 crores to ensure free medicines to all the patients accessing health care in the Public Health Facilities. It may be noted that this is much less than Rs. 30,000 crores suggested by the HLEG. Yet, even this smaller amount is not being budgeted!

In the absence of any national scheme, the objective of universal access to essential medicines is lost. At the moment, barring the states of Tamilnadu, Rajasthan and Kerala, all other states have very truncated schemes in which either some medicines are provided free from limited categories of health facilities or families of certain socio-economic categories are eligible for all kinds of free medicines. This has resulted into no qualitative or quantitative improvement from the previous state of affairs. In fact, previous experiences convince us that till universality of access is not ensured, patients who require free medicines will be deprived the most.

We the undersigned, therefore, appeal to you that a national scheme of ‘free essential medicines to all ‘ is immediately initiated with an annual budget of Rs. 5500 crores  & allocation  of required human resource & facilities without any further delay. If it is not launched  throughout India,  ‘free essential medicines to all ‘ which is the easiest of the components of UHC (Universal Health Care), then citizens would legitimately question any official talk about  UHC. We hope, the Government of India will abide by your pronouncements and send a message to all citizens.

It is important that while launching a national scheme, elements of transparent methods of procurement, quality assurance, promotion of essential drugs and rational drug concept as adopted by Tamilnadu and Rajasthan would be followed.

On behalf of all National Organisers , Jan Swasthya  Abhiyan

Bhagat Singh and Savarkar, Two Petitions that Tell Us the Difference Between Hind and Hindutva
The town of Bidar is divided as a school play on CAA invites sedition charges
India -Is the proposed nuclear plant in AP a cover for massive land acquisition?
Supreme Court Notice To Judge Accused of Sexually Harassing Woman Judge