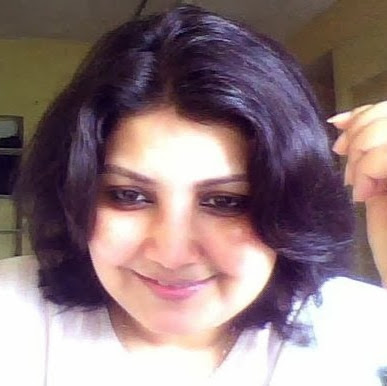 We are now writing to express our grave concern regarding imminent threat of arrest and harassment of New Delhi based journalist, feminist activist and human rights defender Ms. Sheeba Aslam Fahmi for expressing her opinion over social media which are supposedly ‘anti-national’.

Source of Information on the Incident:

A communication dated 3 December 2013 from the Asian Human Rights Commission.

About the Human Rights Defenders under attack:

Ms. Sheeba Aslam Fahmi is a reputed writer, journalist, social activist and a regular panellist in news channel debates. She uses social media as a medium to express her views and opinion as a part of her journalism.

According to the information received, Ms. Fahmi received an unidentified email colouring her writings as ‘anti-establishment’ and ‘anti-national’ and warned her of dire consequences if she does not stop. She made a formal complaint at the Jama Masjid police station in New Delhi under section 66 (A) of India’s Information Technology Act in August 2012. Consequently, a FIR (No. 47/12) was registered by the police in the case. It was found during investigation that said email was generated from the laptop of one Mr. Pankaj Kumar Dwivedi, son of Sh M.P. Dwivedi and was transmitted from the MTNL Internet connection with IP address 59.177.64.250. Mr. Dwivedi later admitted that he sent the email to Ms. Fahmi. The message in the email reads as follows:

“As per section 66 A of The Information Technology Act, the message is grossly offensive and criminal in intent having menacing character and the sender is liable to be charged for prosecution under section 66 (A) of The same Act. However, the defense argued that the email was sent as a comment of objection to her opinion and did not, therefore, amount as ‘information’ as provided under section 2 clause (v) of the Information Technology Act, 2000. Acting on this argument, Metropolitan Magistrate has discharged Mr. Dwivedi from the charges under section 66 (A) of Information Technology Act 2000 and observed that the postings/publication of Ms. Fahmi attract the provisions of Indian Penal Code under section 153 (A), 153(B) and section 295 A . He, then, directed the police to register a separate FIR against her and investigate the publication as published by her on social media. He also ordered the police to file the compliance report that was to be submitted by November 16, 2013.

However, Ms. Fahmi came to know this development only through media on December 3, 2013 and she was informed by the police when contacted personally that the police authorities will act on the order only after the conclusion of the election in Delhi which is scheduled on December 4, 2013.

“Punishment for sending offensive messages through communication service, etc.­ Any person who sends, by means of a computer resource or a communication device,­

(a) any information that is grossly offensive or has menacing character;

(b) any information which he knows to be false, but for the purpose of causing annoyance, inconvenience, danger, obstruction,

insult, injury, criminal intimidation, enmity, hatred or ill will, persistently by making use of such computer resource or a communication device; or

(c) any electronic mail or electronic mail message for the purpose of causing annoyance or inconvenience or to deceive or to mislead the addressee or recipient about the origin of such messages, hall be punishable with imprisonment for a term which may extend to three years and with fine.

We, therefore, urge you to immediately take necessary steps to ensure that:

International Manifesto in Support of Catalonia’s Right to Freedom as a People
Diamonds are Not Forever, But the Land Is
Dedicating a Dam doesn’t mean Problems of People Disappear, Government has a Responsibility
65% Indian women are literate, 5% have control over choosing their husband