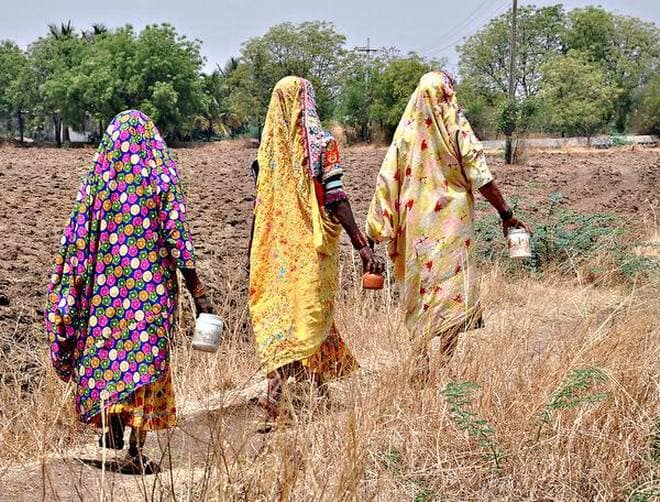 The fraction of people who own a toilet, but who nevertheless defecate in the open remains at about 23%.

‘Open defecation levels are still above 40% in ODF States; Swachh Bharat has not brought behavioural change’

New research on the impact of the Swachh Bharat Mission in the rural parts of four northern States shows that while open defecation has fallen and toilet ownership has increased, the percentage of people who owned toilets but continued to defecate in the open has remained unchanged between 2014 and 2018.

This indicates that the Mission has been more successful at toilet construction than at driving behaviour change, according to the authors of the study, being released by the research institute for compassionate economics (r.i.c.e.) and the Accountability Initiative of the Centre for Policy Research next week.

A working paper released on Friday shows that approximately 44% of people over two years old in rural Bihar, Madhya Pradesh, Rajasthan and Uttar Pradesh still defecate in the open. This finding is based on a late 2018 survey, which covered 9812 people in these states. The researchers visited the same areas and families which who participated in a similar June 2014 survey which had showed that 70% of people then defecated in the open.ALSO READ‘Seven cities have tackled faecal sludge’

The 2014 survey took place before the launch of the government’s flagship Swachh Bharat Mission which aims to eliminate open defecation across the country by October 2, 2019. According to the Mission, Madhya Pradesh and Rajasthan are already open defecation free or ODF states. Bihar has achieved 98.97% coverage of toilets for every household, while Uttar Pradesh has achieved 100%, according to government data, although the state has yet to be declared ODF.

The working paper confirms that the Mission has driven toilet construction, although its findings are more modest than government claims. Almost 60% of households covered by the survey which did not have a toilet in 2014 had one by 2018, said the study.

One major statistic, however, has remained unchanged since 2014: the fraction of people who own a toilet, but who nevertheless defecate in the open remains at about 23%.

“We find that nearly the entire change in open defecation between 2014 and 2018 comes from increases in latrine ownership, rather than from changes in behaviour (that is, differences in the proportion of owners and non-owners who defecate in the open),” said the working paper. “This finding is consistent with our qualitative interviews, which found that local officials were far more likely to stress latrine construction as a priority of the SBM than they were to stress use of latrines.”