India – Rights Activists Arrest: This Law Is An Ass 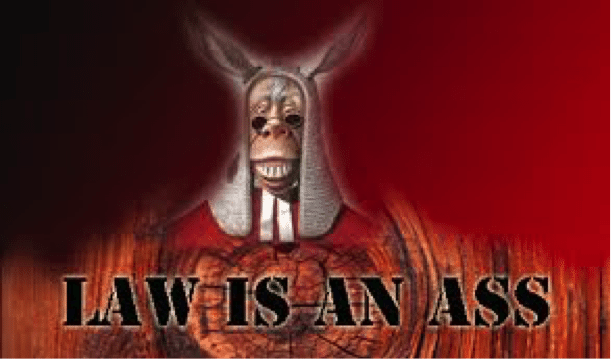 On August 28, the Pune police mounted raids across several cities,taking into custody five civil liberties activists, invoking that dreaded anti-terror law, the Unlawful Activities Prevention Act (UAPA). They were acc­­used of inciting violence in Bhima Koregaon in January, and generally of aiding the banned Maoist party. The police’s swift operation—oiled by a section of the media that flashed dubious letters about a conspiracy, and a lower judiciary that speedily signed transfer remands—has received a jolt for now.

The run of events evoked a sense of déjà vu. Have we not seen a vicious trial by media every time an agency presented its latest arrests as operatives of whichever group was in the home ministry’s favour that season? Have we not seen courts signing blank cheques for investigators—be it extended remands or ignoring signs of custodial torture? The ever-exp­anding circle of suspects since January, the stubborn refusal by the police to book Hindu right groups inv­olved in the Bhima Koregaon violence, the convenient recoveries of self-incriminating letters—all of it fits the template of arrests made under UAPA.

Who would know better than Arun Ferreira, now under house arrest, saved from the Pune penitentiary by the Supreme Court’s grace? In 2007, he was picked up, accused of conspiring to blow up a monument in Deekshabhoomi in Nagpur. Eventually, 10 more cases were filed against him, including arson, assault, murder and firing on police; one was said to have occurred while he was in jail. A pen drive supposedly recovered from him was the sum of the evidence. He was acquitted after five years in jail.

UAPA lets the Centre criminalise any idea, thought, art or writing that ­challenges the ­dominant narratives.


This is how cases under UAPA are registered and prosecuted. Charges multiply. Bail is rarely gran­ted. But it isn’t merely the procedure that blights this law. Passed in 1967 and amended repeate­dly, UAPA enables the Centre to declare an association “unlawful” if it is seen as a threat or pot­ential threat to the country’s “sovereignty and integrity”, or is seen as promoting “enmity between different groups”, or for “imputations prejudicial to national integration”—all subjective criteria contingent on the ideology of the government of the day. The ban on the Students’ Islamic Movement of India (SIMI) in 2001 saw arrests of hundreds of Muslim youth across the country for allegedly furthering the group’s activities, and is still a potent wea­pon to render the community perennially suspect.

The sections most often invoked—3, 10 and 13—refer not to violence, but to membership of unlawful and terrorist associations. But how to prove membership and participation in an organisation that no longer exists? This is resolved by investigators ‘seizing’ literature of the organisation. In the case of SIMI, in an overwhelming number of cases the evidence centred on copies of the group’s organ, Islamic Movement, all antedating the ban, or pamphlets of programmes held by SIMI when lawful, or photocopies of these, or the same magazine in multiple cases in different cities with a different set of accused!

Under UAPA, the ‘intention’ of the suspect is central in condemning him or her as a terrorist (“whoever does any act with intent to threaten or likely to threaten the unity, integrity, security or sovereignty of India”). ‘Unlawful activity’ defined as “an act or by words, either spoken or written, or by signs or by visible representation or otherwise”, practically grants the government the power to criminalise any idea, thought, art or writing that challenges the dominant narratives of development, governance and social inequality. Commission of violence has thus become peripheral to the charge of terrorism.

It is true that some judicial pronouncements have sought to temper the law’s razor edge by distinguishing between active and passive membership of banned organisations. That hasn’t discouraged pro­s­ecutors from citing the accused’s commitment to jus­­tice and equality as inc­riminating evidence, or discouraged the courts from accepting this.  So G.N. Saibaba—wheelchair-bound and 90 per cent disabled—has been sentenced to life, mainly for his ideas.

And yet, this was a spectacular operation—a psy-op if ever there was one. The ‘shock-and-awe’ nature of the multi-city raids was meant to force us all into submission, and to congeal the ‘Urban Naxal’ legend in this government’s relentless pursuit of foes. And while the Opposition decries it—rightly—as an attack on dissent, it must itself commit to the repeal of this law, which in the past it created and nourished.

(Manisha Sethi is the author of Kafkaland: Law, Prejudice and Counterterrorism in India.)